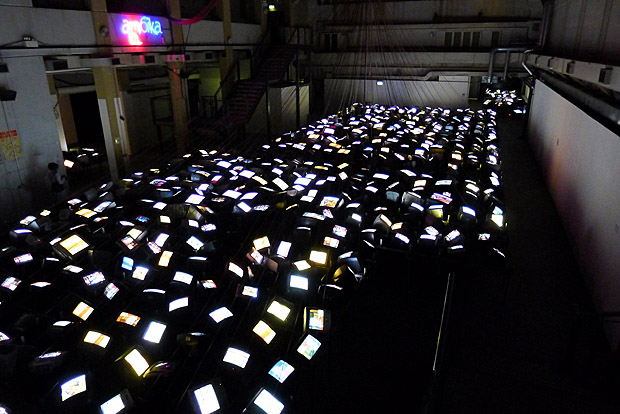 It proved to be an unexpectedly fantastic experience and it’s already on my “must come back” list. 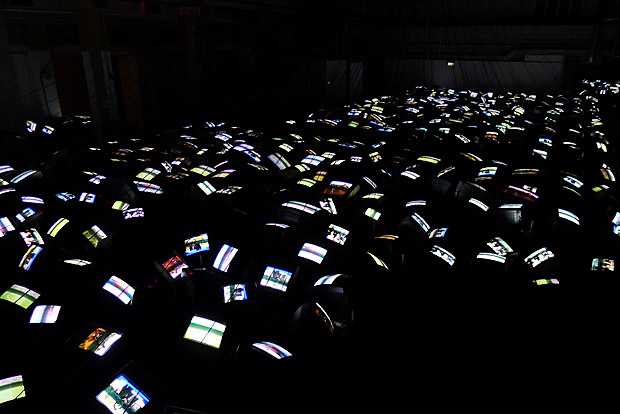 Arriving at the  cavernous underground building, you’re greeted by a full-on assault on your senses, with the hall echoing to a cacophony of TV sets, all blasting out different stations. 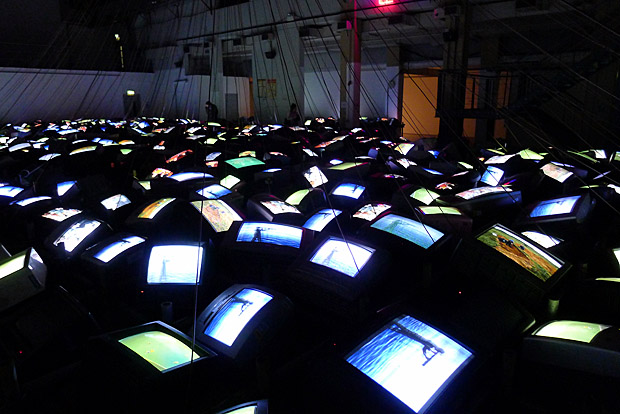 The piece was commissioned to coincide with the end of analogue TV in the UK on April 18, and as the signals are turned off between April 4-14th, the sound will gradually change from live transmissions to the eerie hiss of white noise.

(Note to the more literal readers: this isn’t an exact and precise diagrammatic representation of the state of analogue transmission in the UK. It’s an art piece interpreting and visualising the process of the nationwide analogue switch off.) 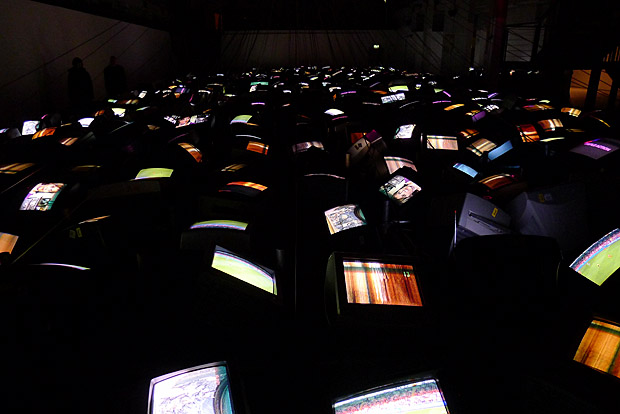 We were lucky to arrive at a particularly good time: Liverpool were playing Stoke, so the fans’ chanting was mixing in with the religious exhalations of a congregation on BBC’s Hymns of  ‘Songs Of Praise.’ It made for a wonderful juxtaposition. 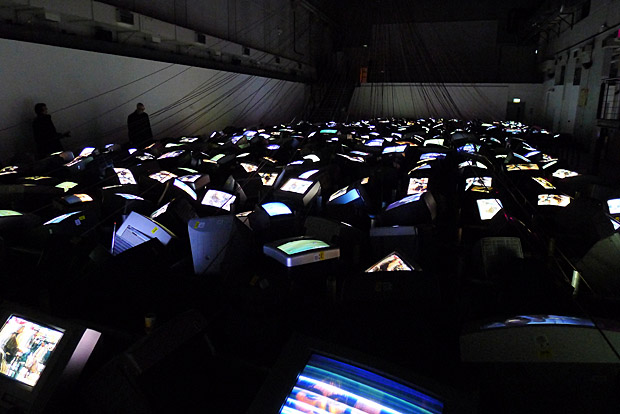 The room is more or less pitch black, with only the shifting glow of the TV sets illuminating the concrete walls. 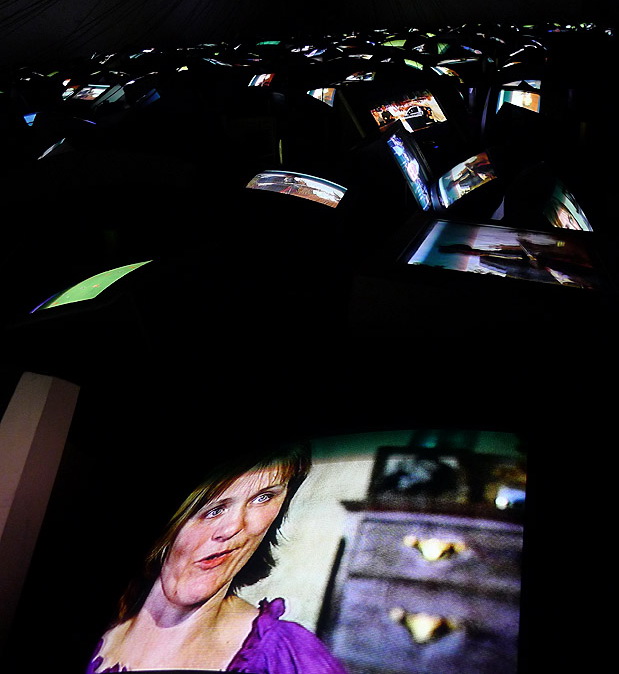 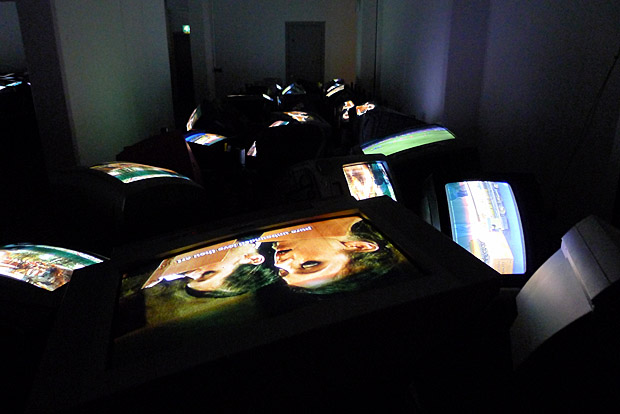 There’s TVs everywhere in the main hall, so you can’t escape the noise. 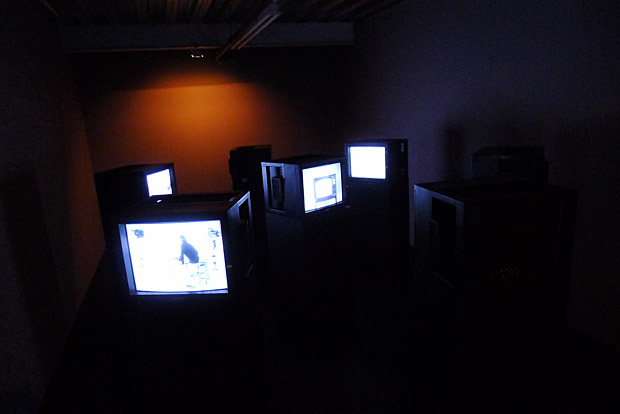 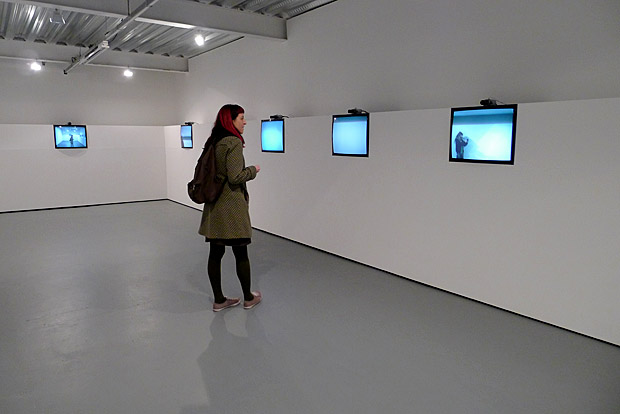 I loved this piece. The cameras and screens were set up so that you’d appear in places you wouldn’t expect. 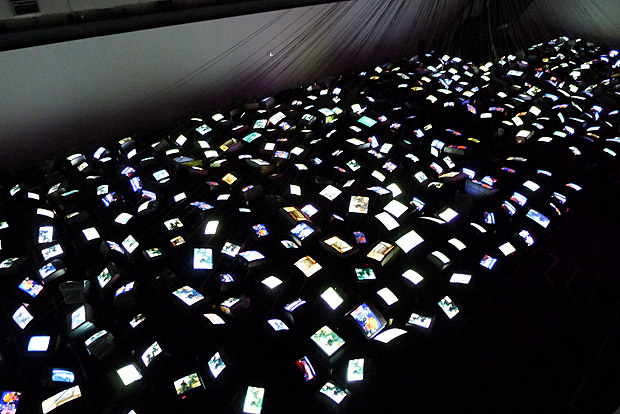 Back in the main hall looking down at the hundreds of TV sets. 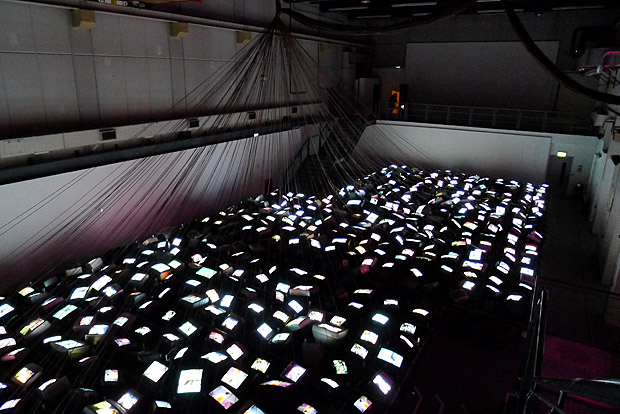 The sets were imaginatively connected by an overhead loom. 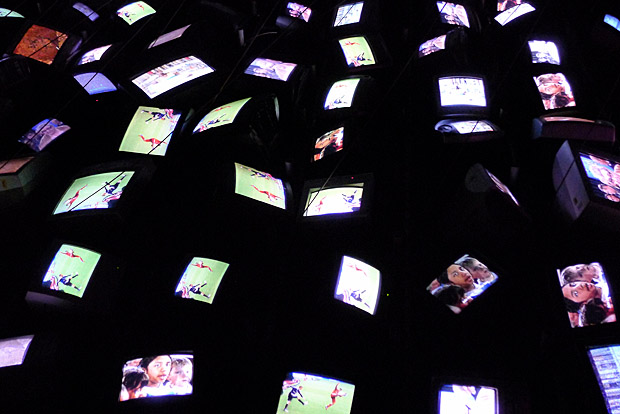 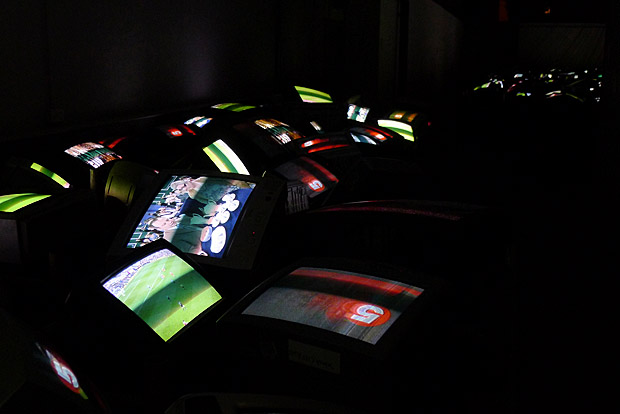 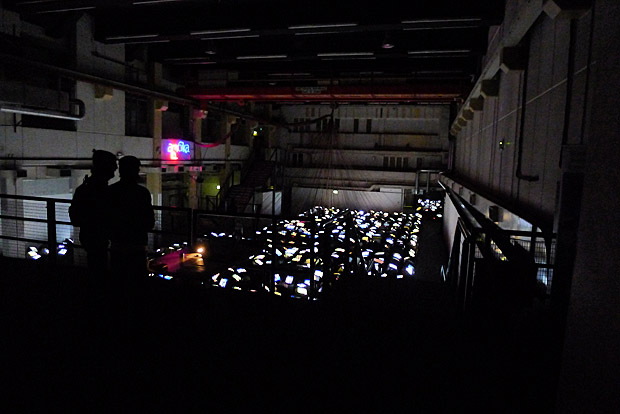 I also shot two rather wobbly videos which I hope will give you some idea of what to expect (see below).

This is definitely an exhibition to come back to, and I’m looking forward to visiting towards the end of April when most of the TVs will have turned to white noise.  I loved it!