Well, not quite, but I hope you’ll find this comparison interesting: 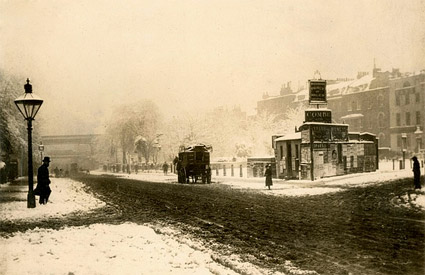 c. 1883
A wintery scene on Brixton Road, looking north from the junction with Acre Lane, showing the roads under snow. You can see the pub sign advertising the ‘Prince of Wales’ public house to the centre right, with the Balls Omnibus Office partly visible on the right. (pic: Lambeth Archives) 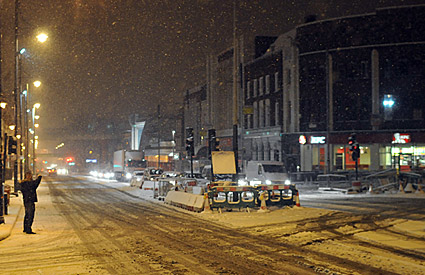 Feb 2009
I’d waited ages to get a scene wintery enough to match the 1883 one, but on the night of the 1st/2nd February, London was hit by one of the biggest snow storms for nearly twenty years. As soon as I saw the snow coming down, I hotfooted it out and captured this scene some time after midnight.

You can see that the building line has been brought forward, with the Prince of Wales/Dex Club (with KFC below) now much closer to the camera.