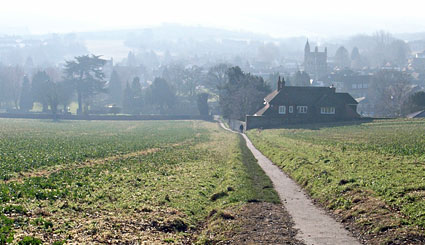 On Saturday I was charged with organising the January urban75 country walk, and am pleased to say that there was a healthy turn out and the walk was a good ‘un. 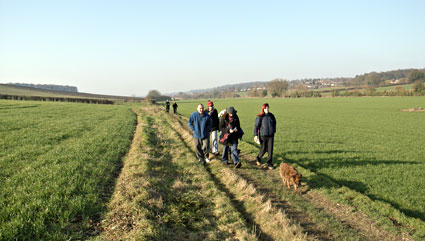 We walked from Amersham through the Chilterns to the pretty village of Chalfont St Giles, grabbed a pint in a pub full of decidedly non-picturesque locals before taking the high road back. 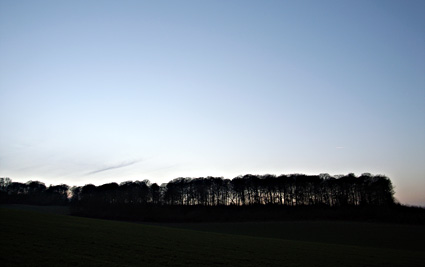 It was freezing – and I mean really freezing – but the artic blast and nine mile walk was just what I needed to shake out the London cobwebs.

So far, I’ve been impressed: because of it’s basic looks, people assume it’s a crappy old cheapo camera (one person thought it was a disposable camera!) – which makes it very suitable for street photography (or, as another friend put it, “you don’t want to be waving around camera bling in the ghetto!”).

It’s pretty nippy in operation and I love having direct control over shutter speed/aperture – no fiddling about in sub-menus here!

I think my quest for the ultimate street digicam could be over!

In the evening, we went to a free night at The Prince and then on to PROD at the Canterbury Arms, Brixton. It was also an egagement party for my two mates Lee and Ailsa. There was a fabulous turn out and I felt well chuffed for them. 🙂

Spring in Sussex – a country walk. With lambs!

A weekend’s walk in Norfolk