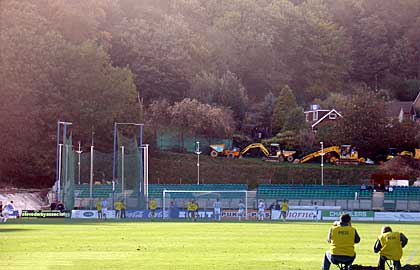 It’s been a long time since I’ve seen Cardiff win, but I was a happy bunny on Saturday, even if the ‘field of dreams’ looked more like a playing field.

This was my first away game at Brighton for many years, and the first time I’d visited the Withdean Stadium. And what a horror the place is!

Stuck out in the middle of nowhere, with all the atmosphere of a deserted lunar base, the Withdean has to be one of the worst grounds I’ve visited for many years.

It’s not that I don’t empathise with Brighton’s plight – I was there at the ‘Fans United’ protest at the Goldstone in 1997 – but the prairie-like open spaces made it feel more like I was watching an egg’n’spoon race at the local school.

I hope Brighton sort out their proposed ground at Falmer soon because I never want to come back to this ground.

The facilities at the ground bordered on spartan, with a handful of portacabins providing basic toilet and food provision for the away fans. 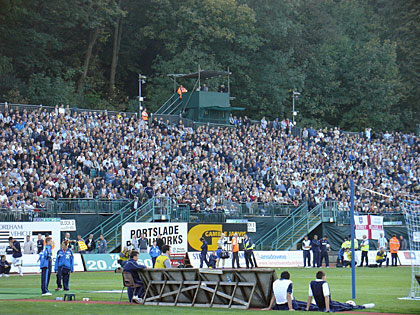 The view from the jerry-built away stand was atrocious – the sun was directly in my eyes for most of the game and I was stuck in an uncomfortable plastic seat right in the front row where I kept banging my knees against the scaffolding.

If the seat had been any lower I would have been chatting with the moles, and despite being at the front of the stand, the nearest patch of football pitch was some way in the distance.

Standing up was declared verboten by stewards who insisted on constantly winding up the crowd further by blocking their view while they had occasional chinwags right in front of the stand.

And if all this wasn’t bad enough, they had the audacity to charge me 23 ruddy quid for the privilege…
More…