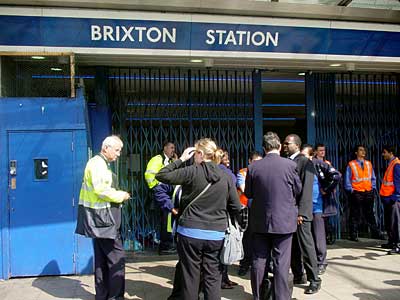 It’s been a terrible, terrible day in London after a series of bomb attacks has killed more than 30 people and injured around 350 others.

Three explosions on tube trains left 33 dead and they’re stil trying to work out how many people were killed when a blast on a double-decker bus blew out the top floor.

The entire tube network is closed until tomorrow night.

But will the actions of these terrorist scumbags make me live in fear, want to move out of the great city of London or change my life in any way at all?

UPDATE: One of the urban75 regulars was on the bombed King’s Cross train. You can read her harrowing tale here: Terrorist attack on London, 7th July 2005.
A survivor from the King’s Cross tube bomb tells her story