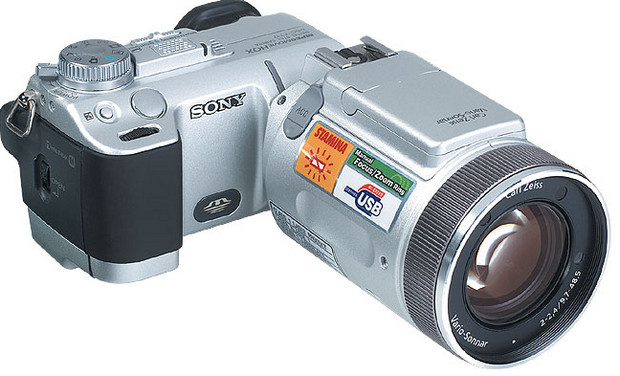 With only a minute to go before the delivery deadline of 9pm last night, the long overdue Sony F717 camera turned up. It should have arrived on Friday, but thanks to the incredible incompetence of Securicor, it ended up being days late. In fact, they’re so useless that they finally got around to answering my four emails and two phone calls from last week this morning, confidently telling me that they’ll be delivering the package tomorrow! (if they do deliver another camera, we’ll keep that to ourselves, Ok!)

I’ve been stuck in all day working, so I haven’t had chance to use the camera past taking a few pics of objects for a website I’m working on. And my early analysis is: the camera rocks!. It can also take cool infrared pictures in complete darkness, so I reckon I might have some fun with that soon!

Tonight, an overly comfortable hot bath ensured that I missed the ‘turning on’ ceremony of the Brixton Christmas Lights by about five minutes, but I got there in time to see the light-switching ‘celeb’ Richard Blackwood reverse his car out of Windrush Square like a big wuss.

Tonight, I’ve just been suitably humbled and made to feel like an utterly crap photographer after watching a program about the masterful British social photographer, Martin Parr. His work is truly outstanding (He was also controversially elected to join the mighty Magnum Photo Agency in 1994.

Magnum represent some of the finest documentary photographers in the world including Henri Cartier-Bresson, Elliott Erwitt and Robert Capa.

They’re photo-snappin’ titans, I tell ya’!

Minolta A2 – yet more camera shenanigans

One Comment on “Sony F717 camera finally shows up”