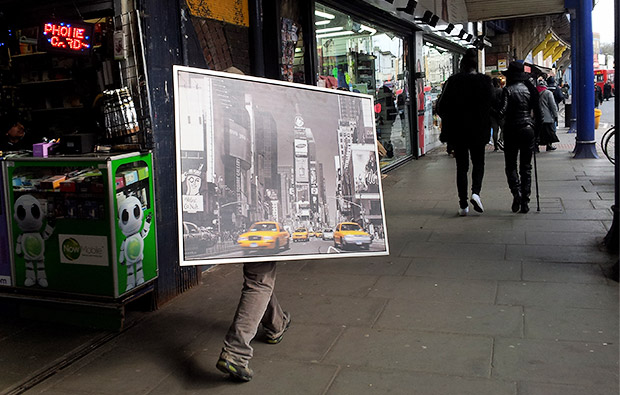 Seen moving along Atlantic Road at a surprisingly sprightly rate was this large poster of Times Square, New York. 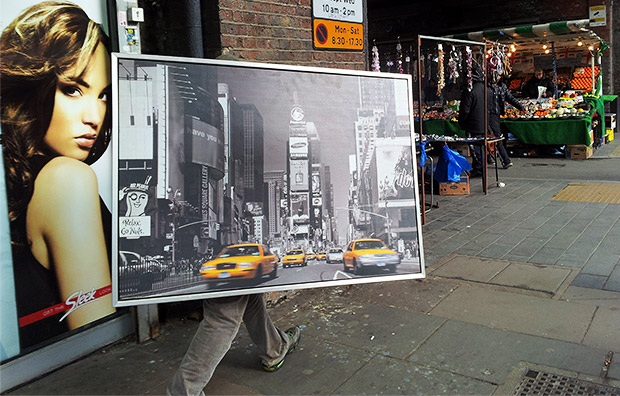 I didn’t get to see the owner of the print, but I did note he was keeping himself refreshed as he perambulated along with a large can of cider. 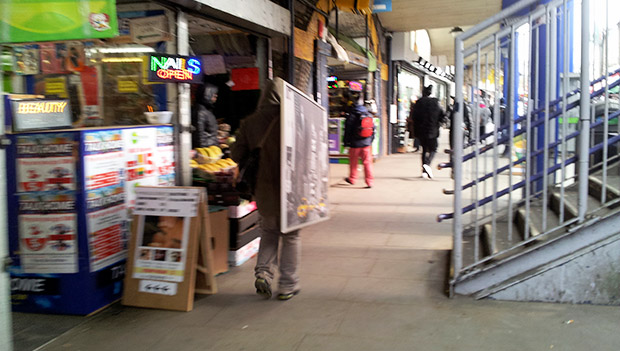 The scene really reminded me of when I was in New York in the late 1980s – there was an artist there who could regularly be seen walking around Chelsea and SoHo with huge oil paintings strapped on his back.

I saw him every day, almost always with a different painting, so I wasn’t sure if he was just transporting them around or if he acting as a human billboard for his wares. 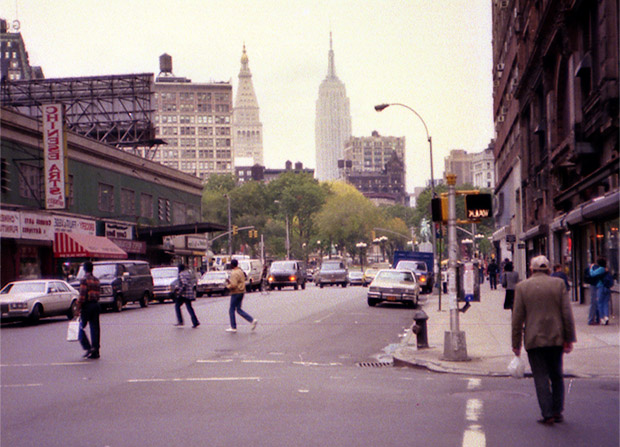 [New York street scene – you’ll have to imagine the bloke in the scene!]

I thought the paintings were a bit rubbish, mind, but  for all I know he may be an internationally recognised colossus of the art world now. Anyone know what happened to him?

I never managed to grab a picture of him (in those days, cameras tended to be purloined very quickly on the streets of New York), so at least I’ve managed a finally bag a similar view closer to home, albeit decades later!

2 Comments on “A bit of New York on the move around Brixton, London”