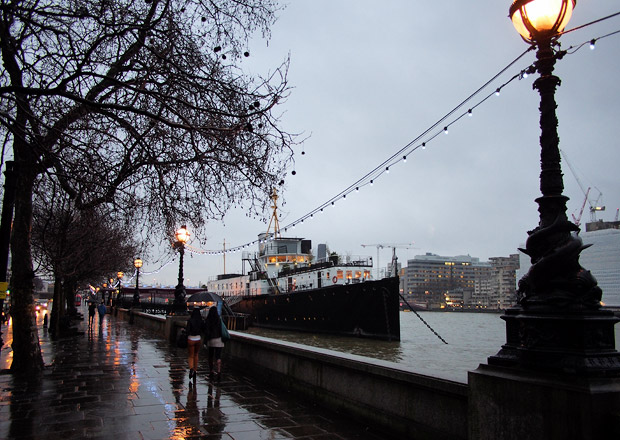 I was hoping to see London covered in clean, crisp white snow, but instead the New Year has started in a more traditional manner, with the capital under a grey, oppressive sky bringing  dampness and drizzle.

In at attempt to shake off the post-NYE party comedown, we went for a six mile walk around central London, starting off at Vauxhall tube. 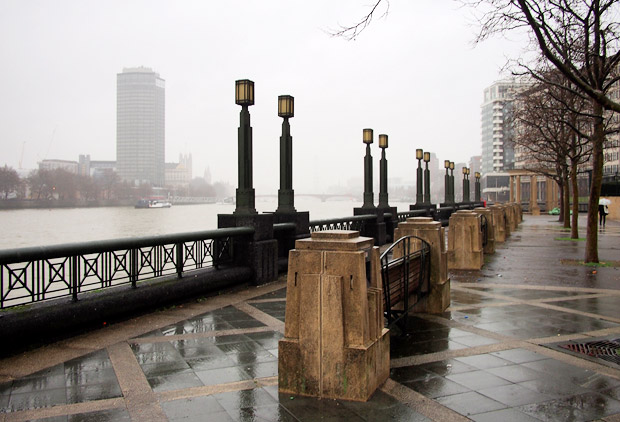 Passing the SIS Building (aka the MI6 Building), the headquarters of the British Secret Intelligence Service. 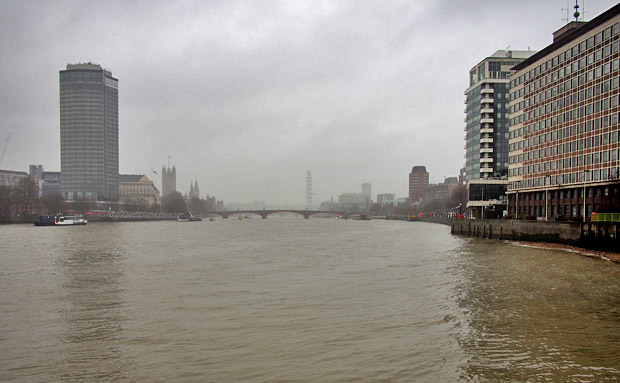 Looking east, with the London Eye visible in the distance. 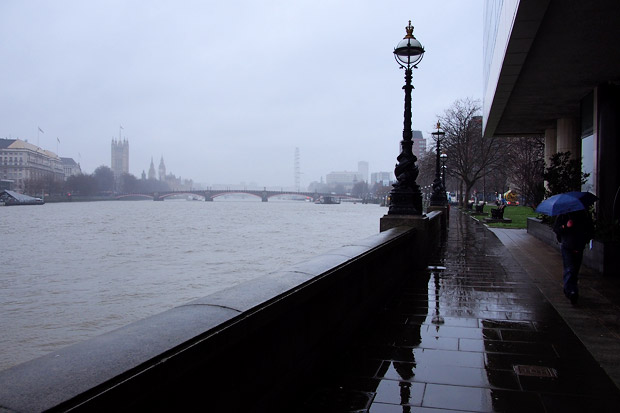 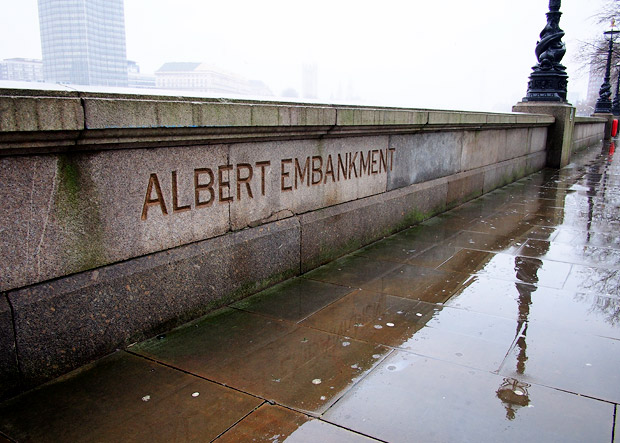 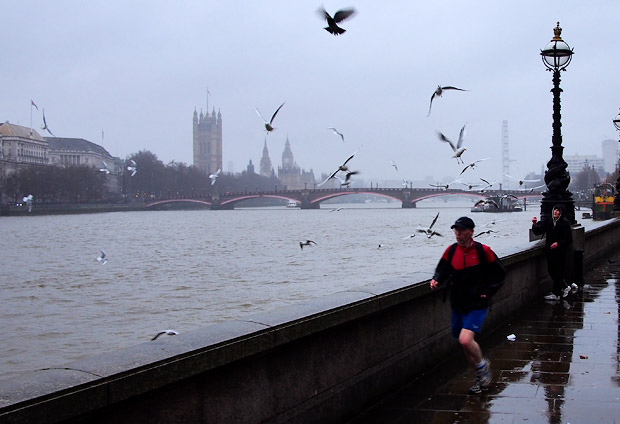 Seagulls and a jogger. 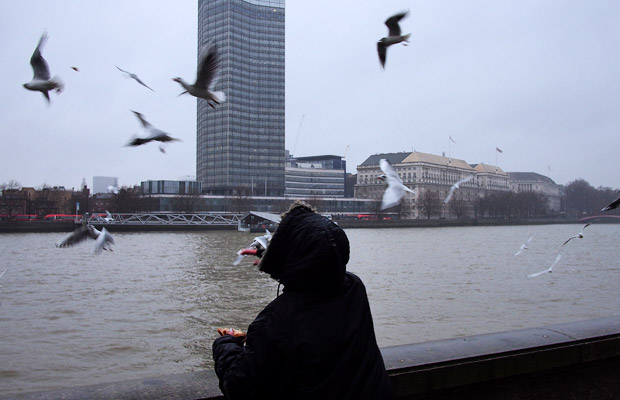 This guy was entertaining himself feeding the seagulls bread. 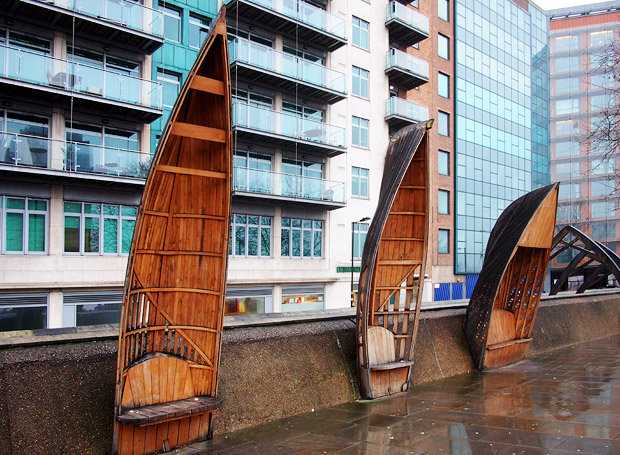 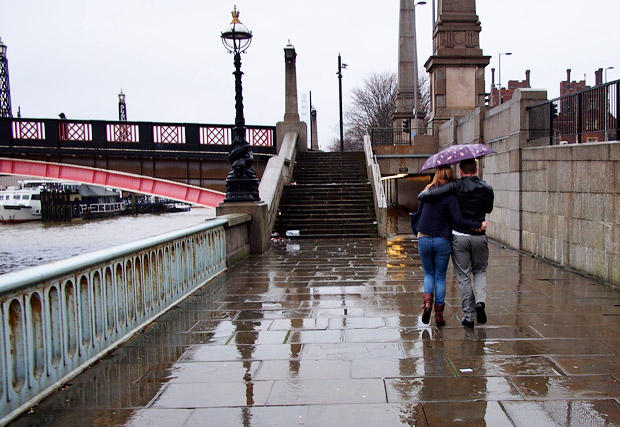 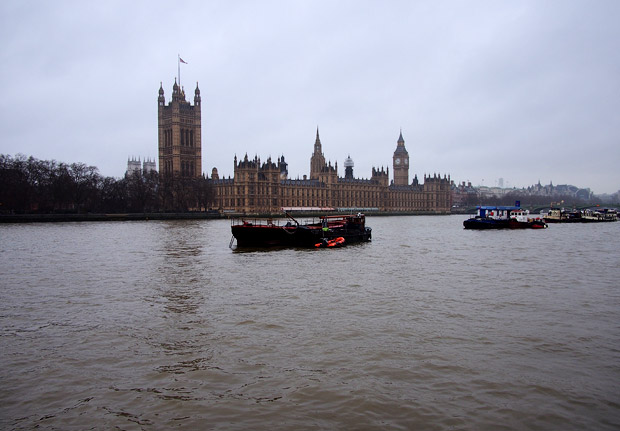 The Houses of Parliament in the January gloom. 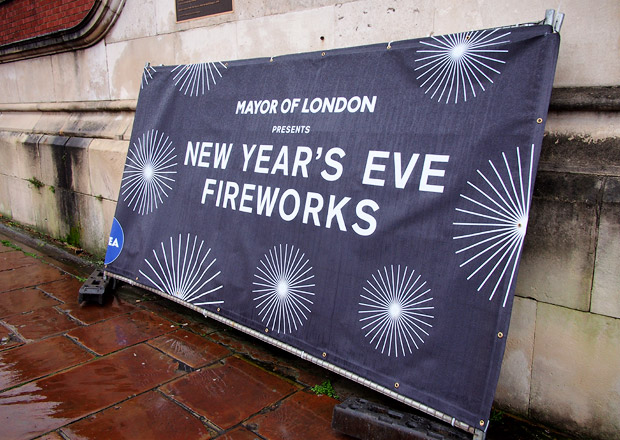 Banner left over from the New Year celebrations a few days earlier. 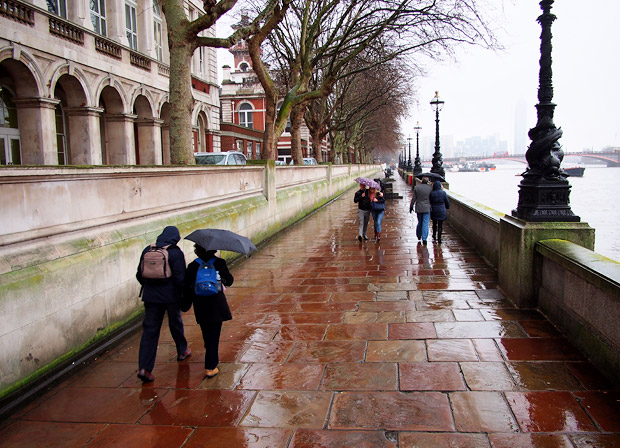 Looking west along the rain-soaked walkway by St Thomas’ Hospital. 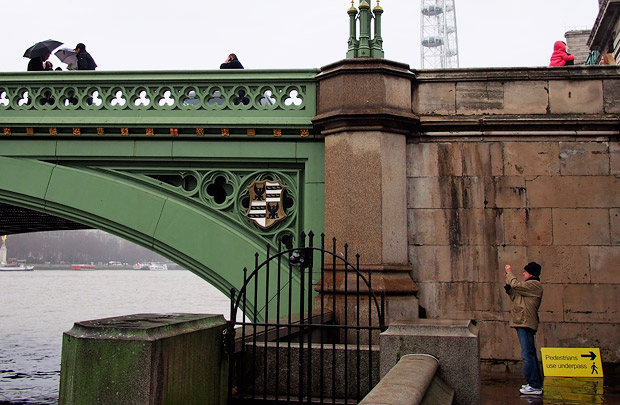 Westminster bridge. From now on the route becomes packed with tourists. 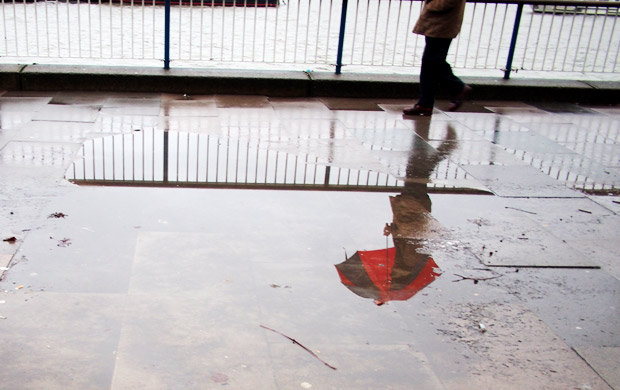 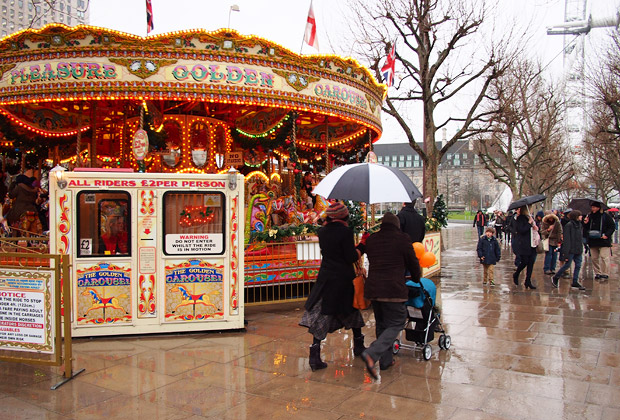 Merry-go-Round in the rain. 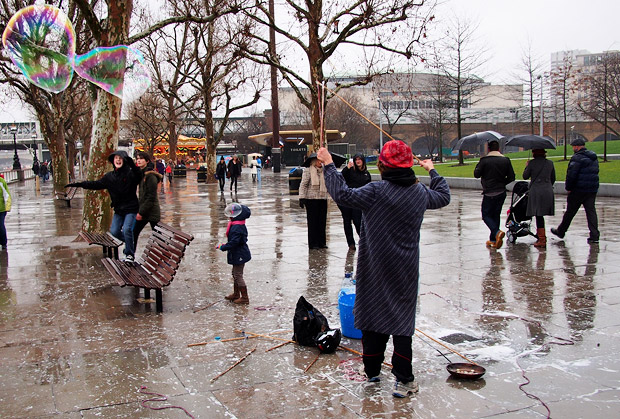 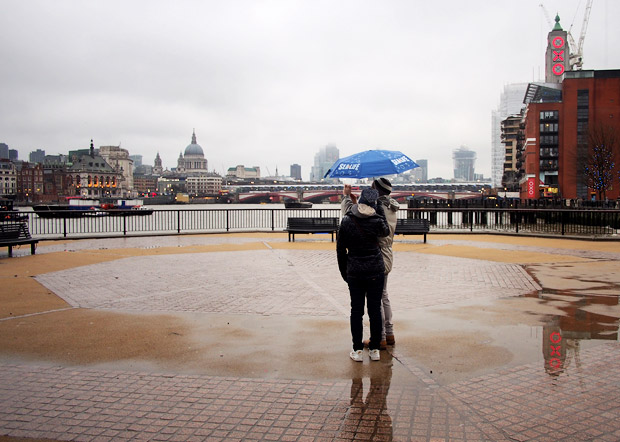 Taking a picture by Gabriel’s Wharf. 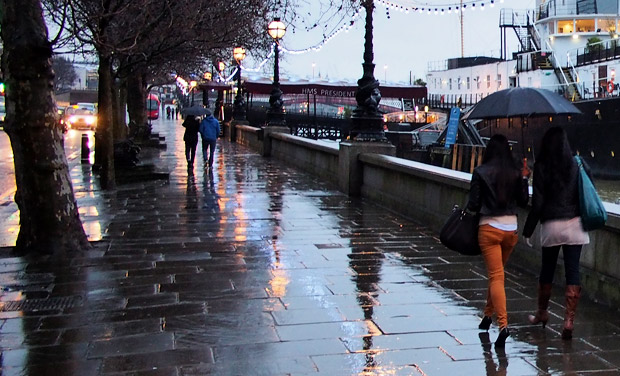 Under umbrellas on Victoria Embankment.

A rainy day in London Town