On Saturday night, I was playing a show with the Monochrome Set at L’Aéronef in Lille, and afterwards the band repaired to a wonderful little bar a short walk away in the town centre. 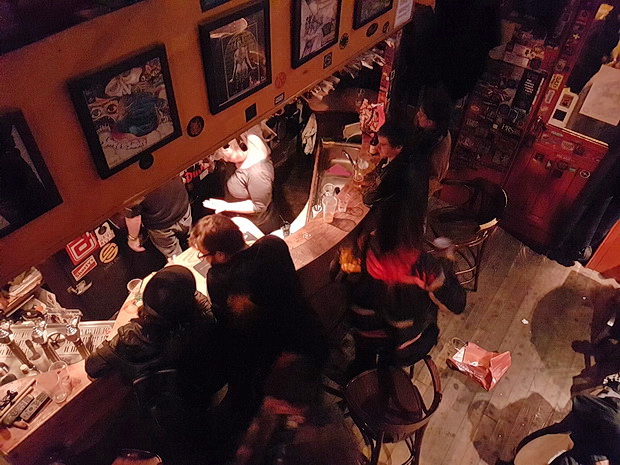 Called Amul Solo, the bar is located at 9 Rue des  Arts, 59800 Lille, and comprises of a ground floor and bar – where bands play in the corner – and a small upstairs area.

We arrived late so missed the band, but still had a great time listening to the DJs and watching some crazy projections. And drank a lot, natch. 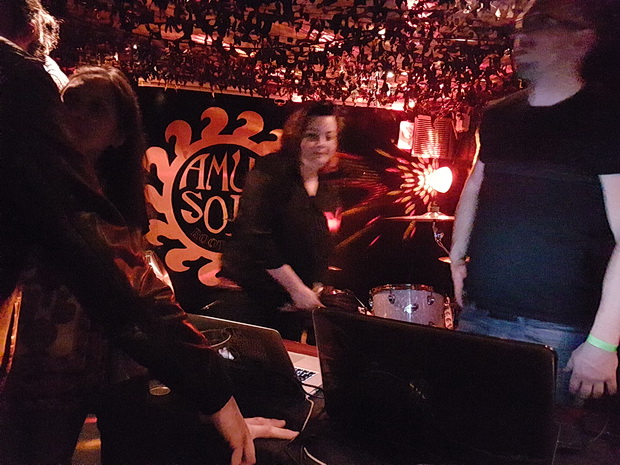 The beers were reasonably priced and the atmosphere was great, with both the staff and fellow drinkers (almost all locals) were super friendly.

It turned out that it was the bar’s 17th birthday, so the owner was suitably ‘refreshed.’ 🙂 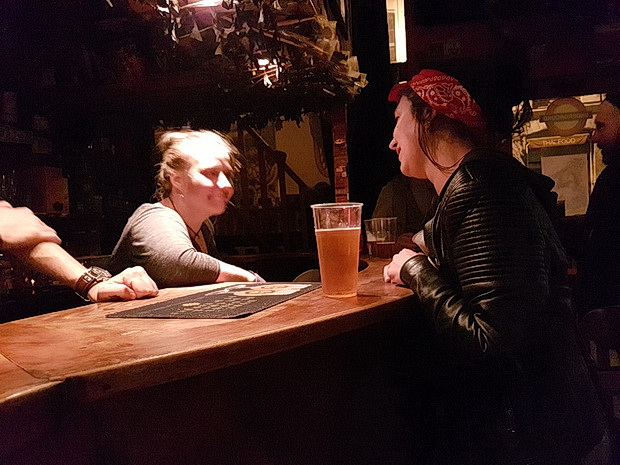 The barmaid was great fun. 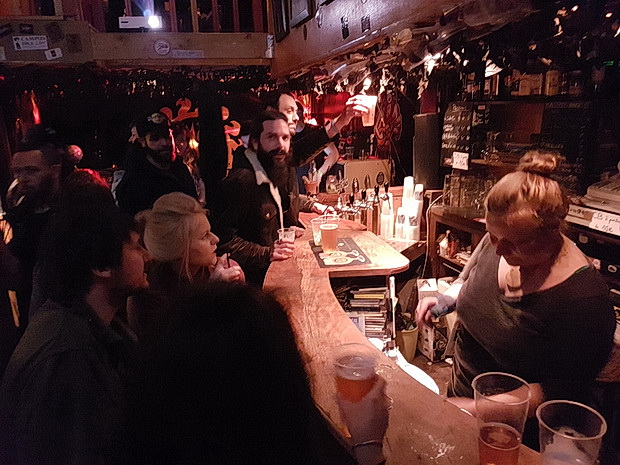 I took a look online for reviews about the bar and thought this fabulously garbled auto-translated one was worth quoting:

It is often the exit at the end of the concerts at the aircraft door, so when I found the musicians who came to spectators in the false.
This is often found themselves all toast when it feels a bit releases or too full of joy to expel; is it’s battery Panhandle between all districts.

The best bar in the world, with a soul, real people and real music. 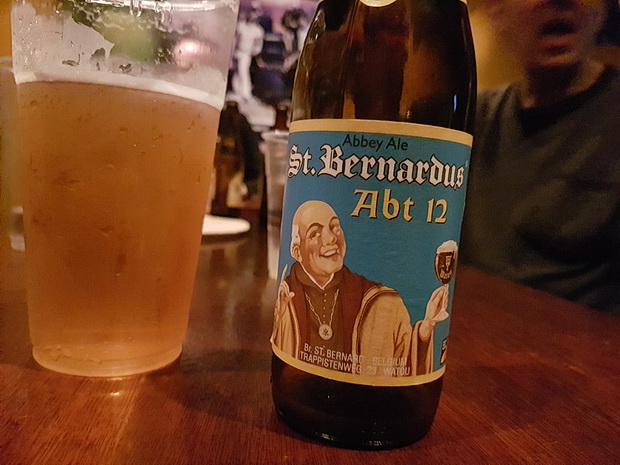 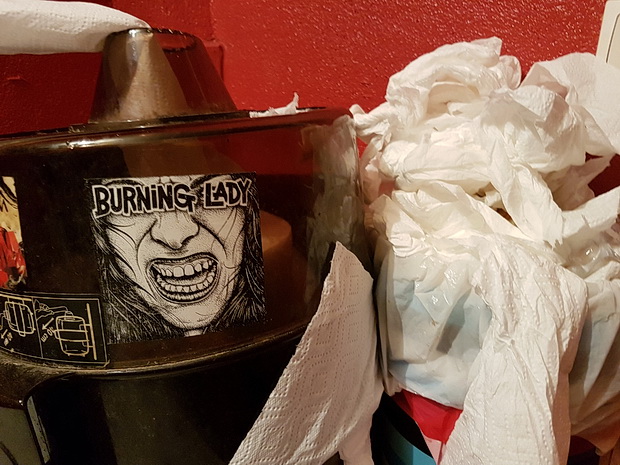 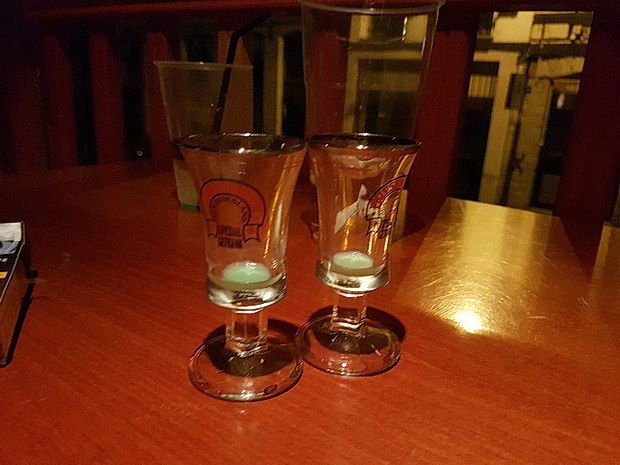 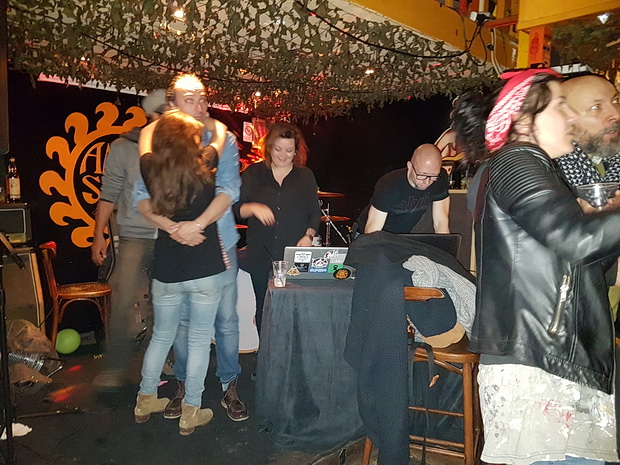 Dancing on the stage. 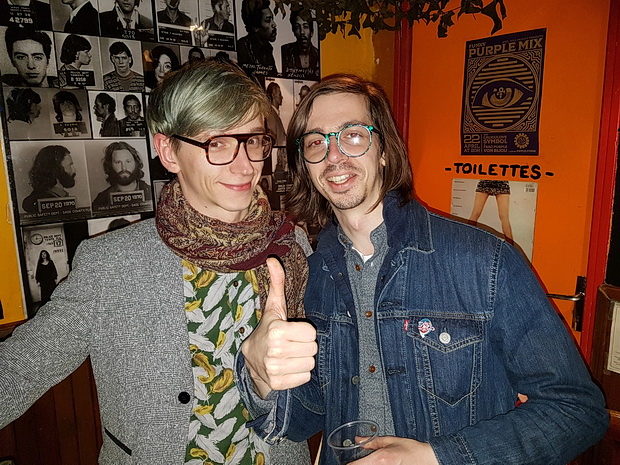 Here’s the two fellas I have to thank for tipping me off about Amul Solo. They’d attended the Monochrome Set gig earlier and recommended the bar. Thanks guys – good choice!

They also said that nearby Golden Wave club was a bit cheesy but good for an even later drink, but after downing oceans of Belgium/French beer followed by a flotilla of Jager shots, I decided to stumble back to the hotel.

If you’re ever in Lille, I thoroughly recommend this bar.