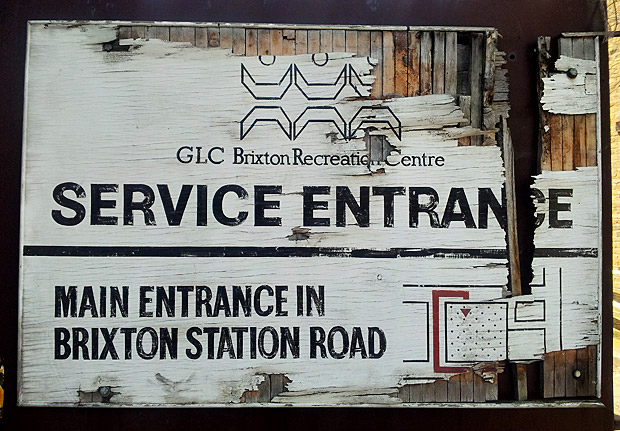 Older readers may fondly remember the Greater London Council (GLC), the top-tier local government administrative body for Greater London from 1965 to 1986. I spotted this old sign today in Brixton, around the back of the Recreation Centre. 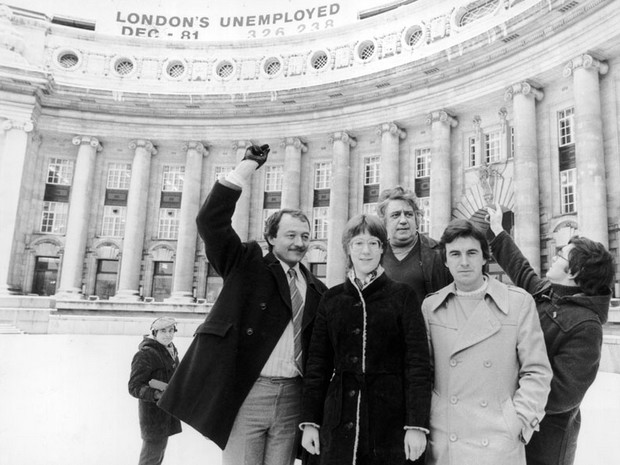 Livingstone soon became a thorn in the side of the sitting Conservative government. He deliberately antagonised Thatcher through a series of actions (including posting a billboard of London’s rising unemployment figures on the side of County Hall, directly opposite Parliament); a Fares Fair policy of reducing Tube and bus fares using government subsidies; meeting Sinn Féin MP Gerry Adams at a time when Adams was banned from entering Britain due to his links with the Provisional IRA; and endorsing a statue of Nelson Mandela while Thatcher regarded the future South African president as a terrorist.

By 1983, the government argued for the abolition of the GLC, claiming that it was inefficient and unnecessary, and that its functions could be carried out more efficiently by the boroughs. The arguments for this case which were detailed in the White Paper Streamlining the cities. Critics of this position argued that the GLC’s abolition (as with that of the Metropolitan County Councils) was politically motivated, claiming that it had become a powerful vehicle for opposition to Margaret Thatcher’s government. Ken Livingstone and 3 other Labour councilors resigned in protest, and won back their seats easily in the September 1984 by-elections because the Conservatives refused to stand.

The Dark Side of the Bus, south London