Some snapshots from a month in the Metropolis. ‘Scure the quality – they were all taken on my itty bitty Palm Centro phone. 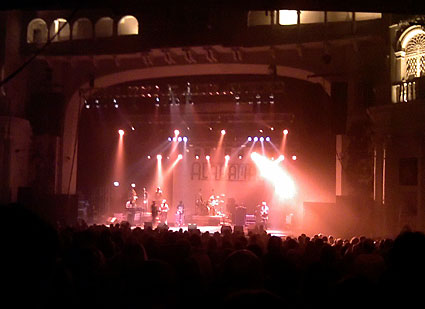 30th April Illicitly sneaking into the May listing is the Alabama3 anti-racism gig at the Brixton Academy – one of very favourite London venues. 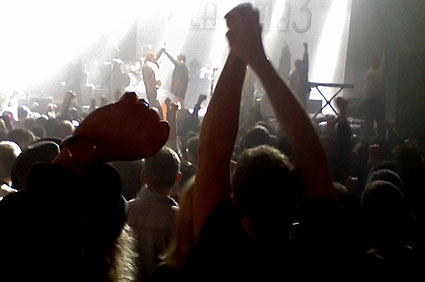 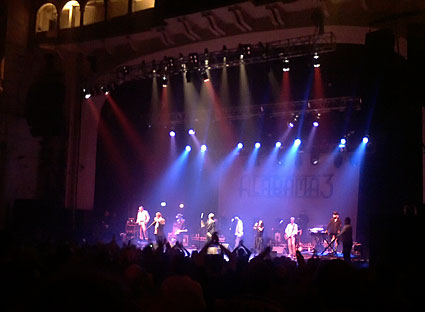 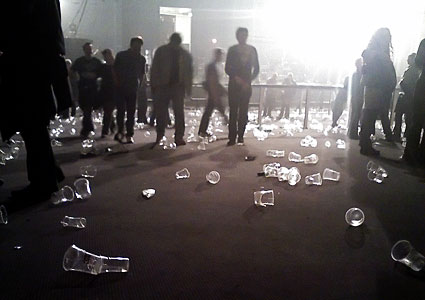 Plastic glasses litter the dance floor at the end of the evening. The after-party beckons! 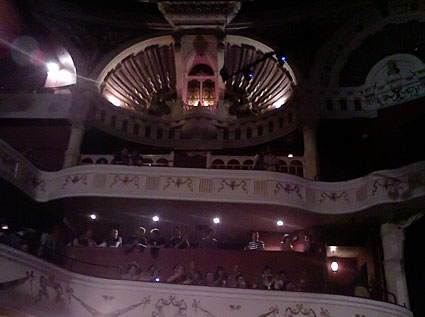 May 9th The fabulously lavish interior of the Shepherds Bush Empire, where we’d come to see Jonathan Richman. 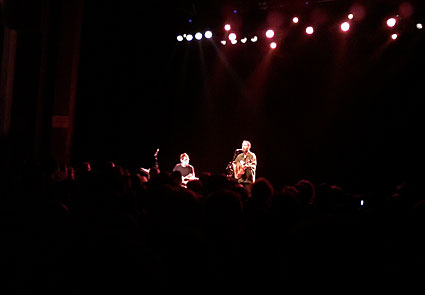 It’s a lovely looking venue, but the sightlines are shocking – it’s the only standing venue I know where the floor appears to slope up to the stage. 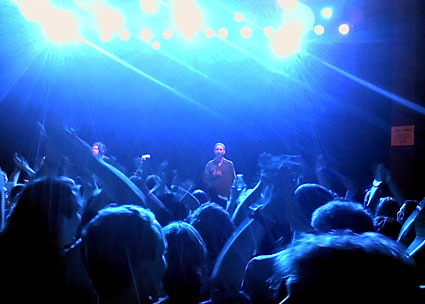 After a lot of elbowing, shimmying and ‘scuse me-ing, we finally bagged a half decent view.

Mind you, once we’d managed to grab a position with a view, there was no way we’d dare move to get a drink or – woe betide – try to pop off to the loo.

Jonathon Richman was fantastic, but the venue royally sucked. 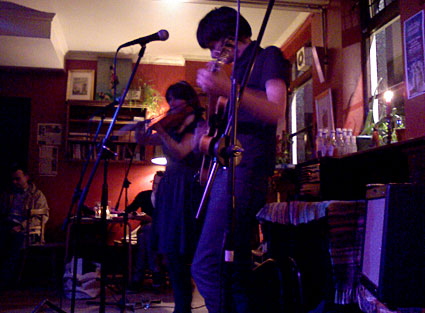 15th May. The Left Outsides open up at the launch party for the debut album by Hayman, Watkins, Trout & Lee at the Gladstone in Borough. 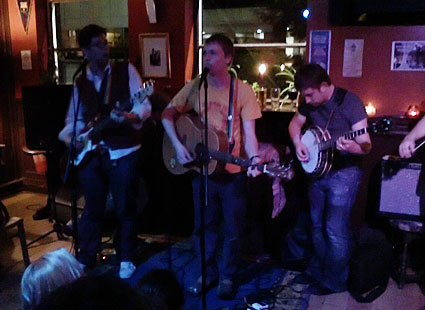 The new album boys do their stuff. The Gladstone is a ruddy fantastic pub – warm, cosy, friendly and with some top real ale (I got stuck into the Hooky ale from Hook Norton). 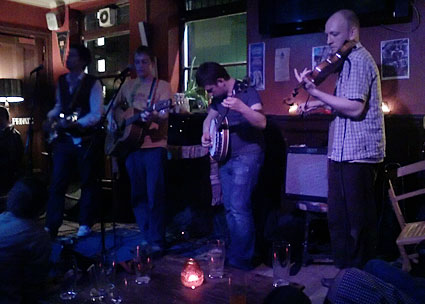 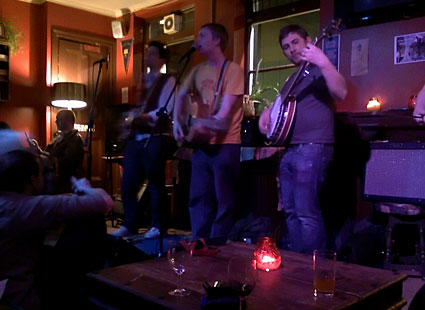 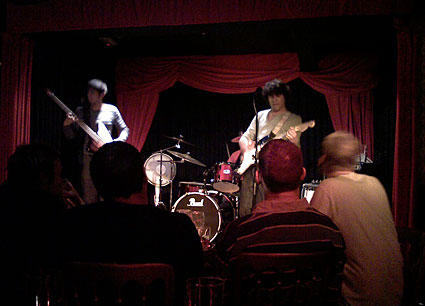 We loved how this little known boozer had been tarted up and the band room looked great, but the booking policy was so erratic that the place was empty and there was little empathy between the acts.

The venue has great potential though so we’ll give it another go soon. 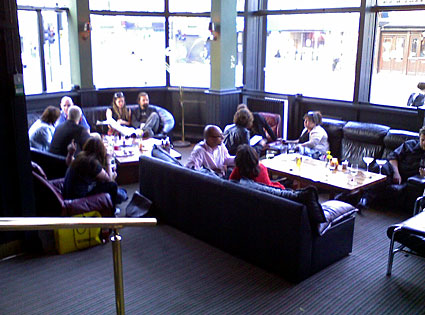 This big, central Brixton boozer has struggled for ages under several names, but we went along to its latest relaunch, with the folks behind Camden’s successful Lock Tavern pub now at the helm.

There was a lot of brown furniture going on, the music was indescribably bland (a bored looking DJ standing behind the decks with his arms closed hardly raised party spirits either) and the whole place felt like it should be shunted two miles up the road into Clapham.

The food looked like it might be pretty good, and the selection of the beers wasn’t too shabby either, so we’ll check it out again in a month or two. 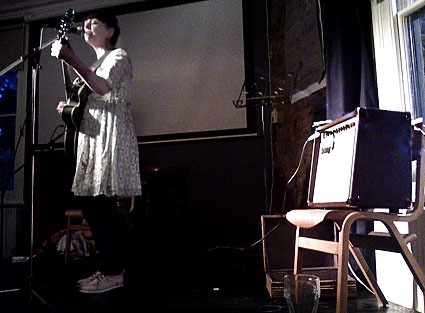 22nd May Helen McCookeryBook at the Railway, Tulse Hill.

Now this is a mighty fine boozer, and well worth a visit. There’s a small venue upstairs, a huge garden at the back (well, a sea of concrete mainly), good food and a lively downstairs bar. 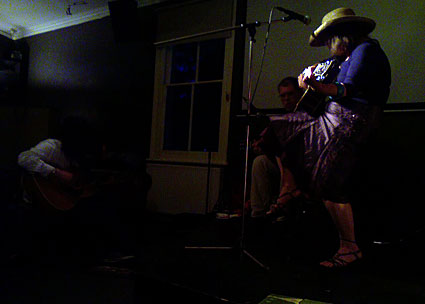 There was some kind of super folky night going on at the Railway, and although some of the acts were quite enjoyable, when we being implored to clap along to some hippy tosh, we made our excuses. 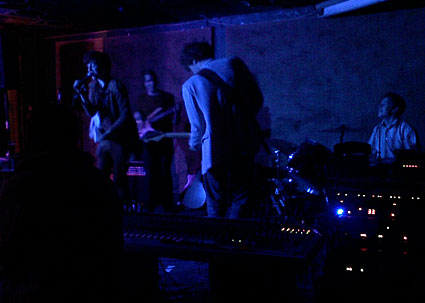 22nd May The final gig of the night – The Amaylas at the Windmill.

The Windmill is rightly regarded as one of the finest small venues in London, and I was asked to DJ to a rather intimate crowd at an Oxfam benefit. Here’s the view from the DJ decks.

I’m still not finished with the gigs yet – Friday night is Offline at the Brixton Albert, and Saturday I’m DJing at the Railway and then checking out the fabulous Actionettes at the Buffalo Bar.