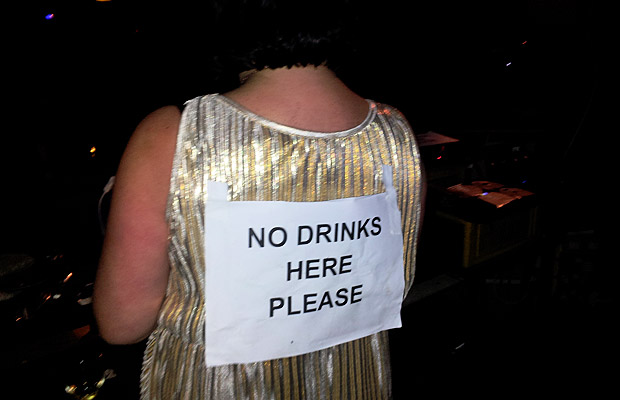 Day three of my four day DJ tour-ette saw me spinning some tunes at the Half Moon, a large, late-Victorian boozer close to Brockwell Park, a sprightly ten minutes walk from the centre of Brixton. 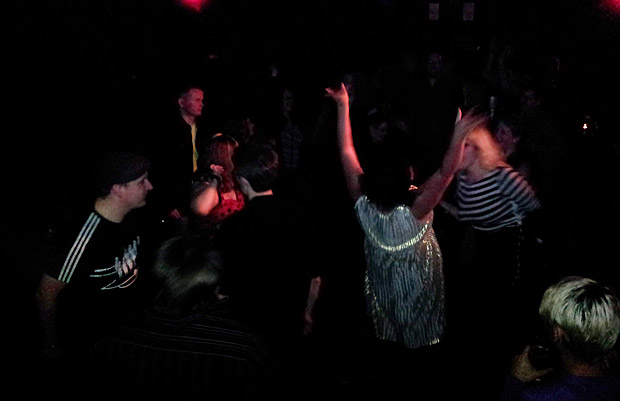 Originally built as a hotel back in 1896, you can find many lovely original features inside, including engraved mirrored walls and an intimate snug bar.

The Half Moon has two bars and a fairly large live music room, which once resonated to the likes of The Police, Van Morrison and U2. I also played there a couple of times in somewhat lesser known bands (*this is an understatement).

There’s a good selection of ales on offer and the staff are friendly too. It wasn’t that busy for a Saturday night mind, but then the weather was absolutely dreadful outside. 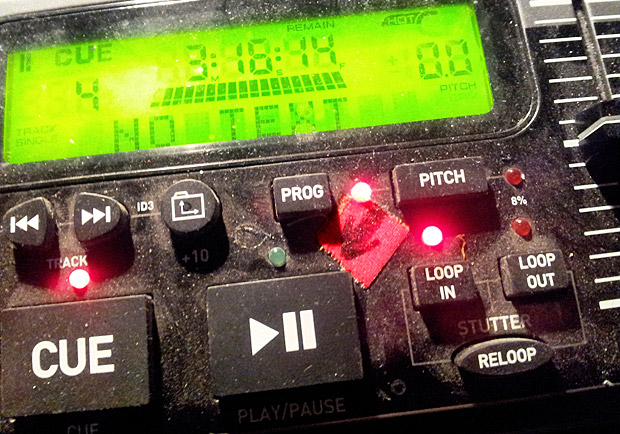 There’s a large, tall stage for bands and a generously proportioned area for DJs, complete with carpet (!) and a huge fan for recreating that 1980s hair-blown promo video effect.

The DJ gear could have done with a bit of a clean, but I did like the big red arrow stuck on the CD decks indicating the presence of the play button 🙂

I liked the venue, although the cavernous roof means that the sound can get a bit boomy unless the place is packed – a lower ceiling would make it feel a lot more intimate in my ‘umble opinion.

I also found the Bluetooth-earpiece-toting security fella a little more insistent than I would have liked too. I know everyone wants to go home at the end of the night, but if felt like he really couldn’t get us out quick enough. 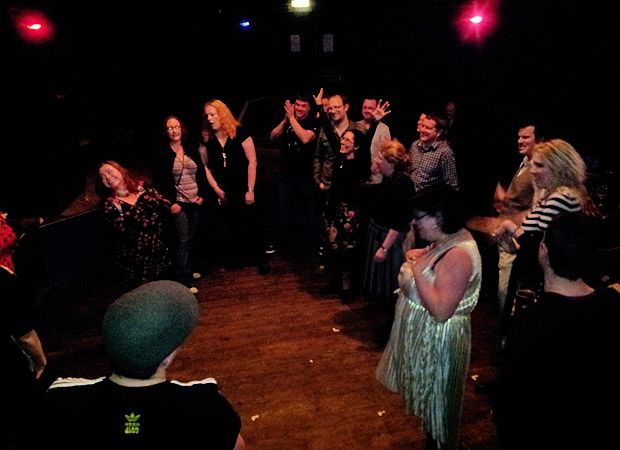 Minor grumbles aside, it was a very pleasant night out indeed – I was there for a friend’s belated birthday and a very fine time was had by all.

Big BrixtonBuzz party night with Too Many Ts and David Goo, Brixton

Where to eat in Brixton or Herne Hill with young kids in tow?