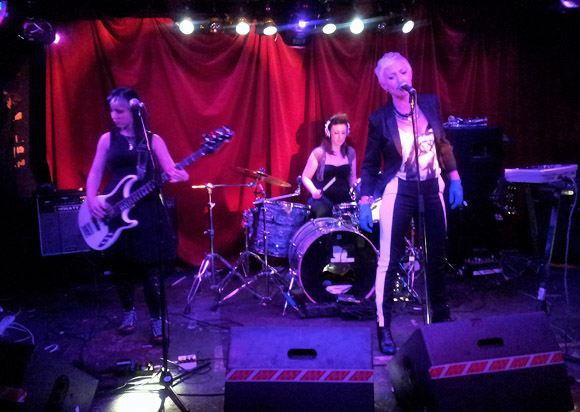 It’s been a while since I’ve visited the Water Rats venue, a smallish live venue some five minutes from Kings Cross station, a short walk down Grays Inn Road.

Now renamed as the Monto Water Rats Theatre,  the venue puts on regular live music events throughout the week. 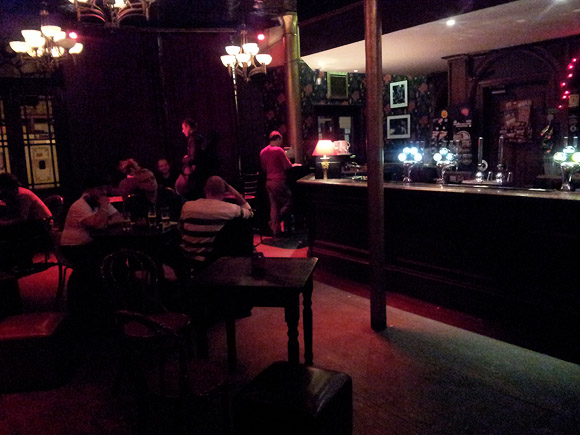 The welcome to the venue was a mighty unpleasant one. The admission price was £8!

On a Monday night! WTF? I’m all for supporting unsigned bands, but charging so much on the door seems really counter-productive to me, with the crowd remaining fairly sparse all night (which is no fun for the bands).

Still grumbling over the painful sting on the door, I took a look around and saw that the bar room and the band area at the back had enjoyed a bit of a makeover, with much trendy floral wallpaper to be seen.

The bar staff were friendly and the prices not too bad (£4 for a pint of Lowenbrau) even if the beer/ale selection wasn’t exactly going to set CAMRA devotees into beardy ecstasy. 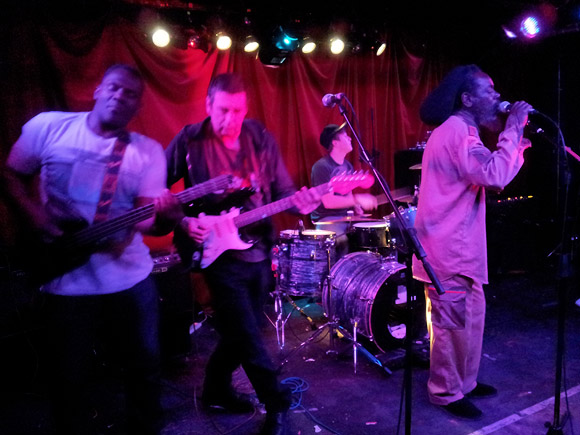 The bill looked like it had been assembled by convenience rather than by any care or love, with a long succession of random acts being shunted on and off the stage throughout the night (some nights have as much as EIGHT bands thrown on).

There was no sense of the evening being a  coherent offering either- without a compere tying things together, it just felt like a sloppy, lazy promoter had filled the bill by shoving on anything that was available, regardless if they were appropriate or not.

That’s not to say that the bands were bad – one or two were quite good – but from my experience of playing these kind of shovelware shows in the past, the bands always have an uphill task to get a vibe going.

That said, old school reggae band The Majestic (above) did a sterling job of getting the small crowd moving. So much so that we;ve booked them for our  Brixton Offline club on Friday 10th Feb. 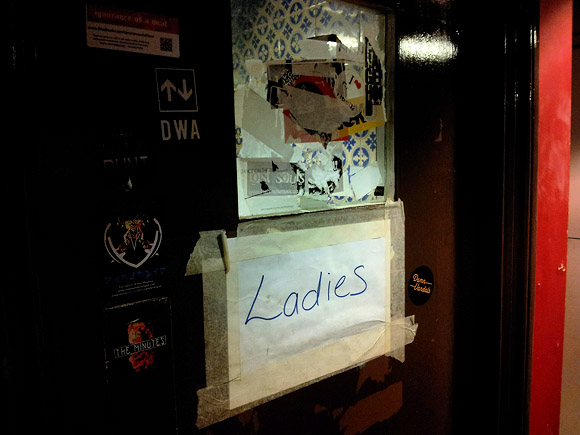 The venue suffered a fire some time ago, and it still looks a bit of a dump once you leave the main bar and head into the murky depths of the basement. 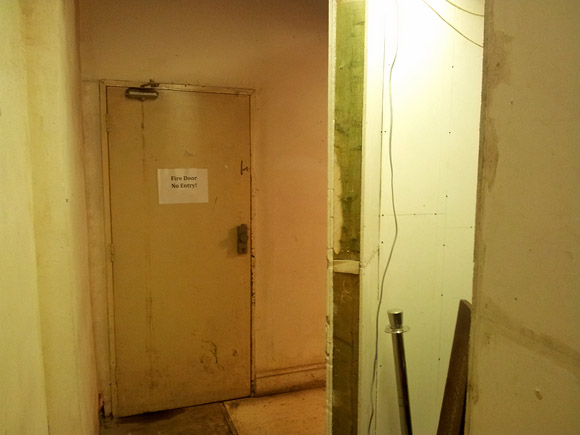 The trip to the subterranean toilets is like watching one of those “dodgy builders” TV programmes, with electric wires hanging off the wall, filthy walls everywhere and loads of unfinished work and exposed plasterboard.

I don’t mind grubby venues, but if I’m going to be stung £8 on the door, I at least expect the place to be reasonably clean. 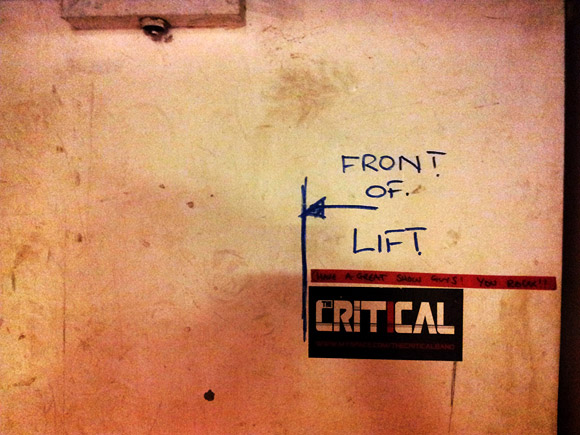 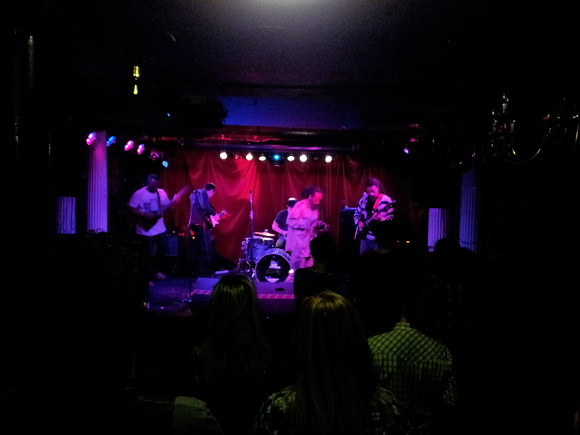 The live area at the back of the venue now has an excellent sound system, with a decent sized stage.

The sound was crisp and clear with a great bass end, although I wasn’t a fan of the vocals being so high in the mix (and reverb-laden) that it almost sounded like karaoke at times.

I could imagine that on a busy night, this might be a great venue for live bands (I’ve enjoyed some fantastic Actionettes club nights there in the past) , but there’s something a little depressing about watching bands just playing to a handful of their chums.

Here’s what a fellow musician said after reading this article:

You’ve pretty much covered Monto’s style right there. We played a month or two ago and the “pack ’em in” promotion had us being told “one more song” in the monitors 15 minutes into our set. I like the venue and I love the stage, but I don’t think I’ll ever play there again. 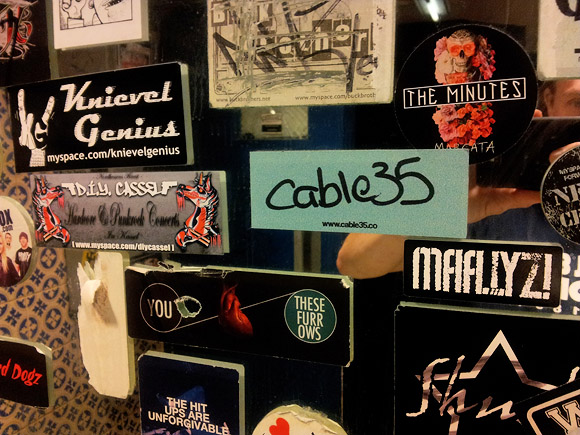 The view in the loo. Good to see that cable35 – who played the Brixton Offline club a while ago – have left their mark!

Swervedriver at the Scala, Kings Cross

Amycanbe – one of our very fave indiepop bands!

One Comment on “A night at the Water Rats, Kings Cross – loads of bands, but not a love of love”