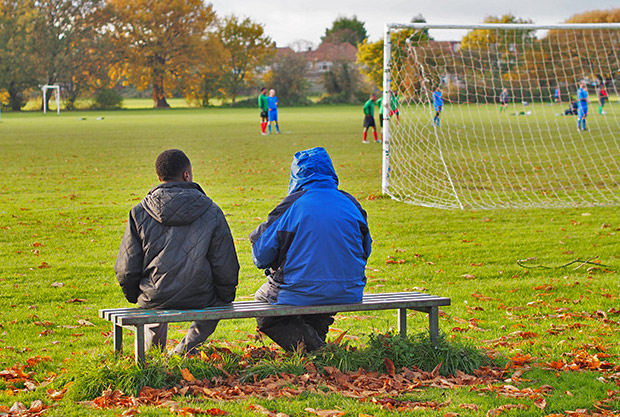 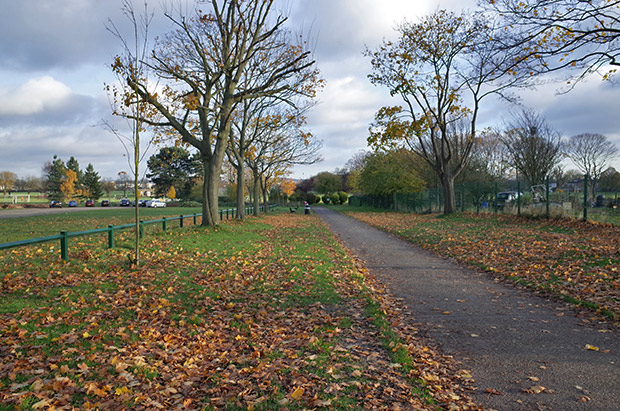 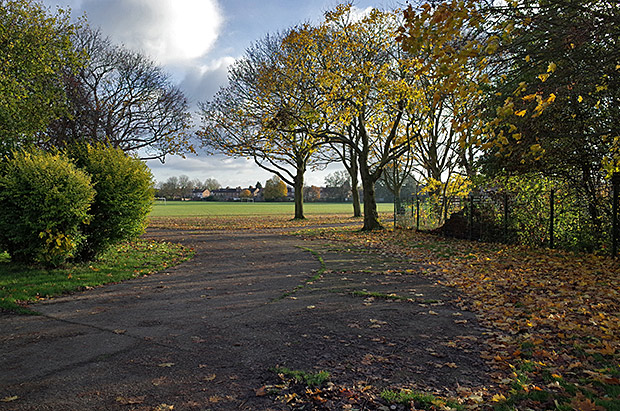 The fields were used as a POW camp for Italians during World War II. 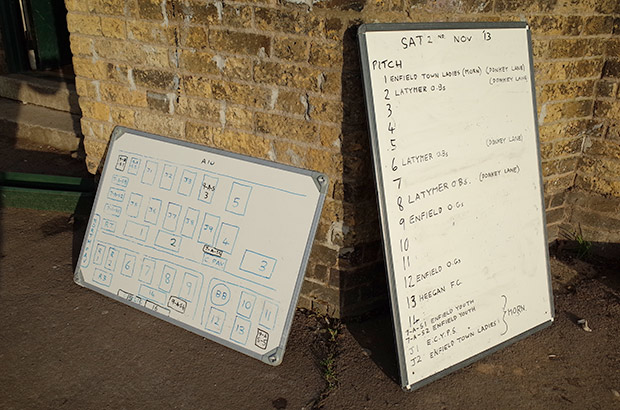 On any given Saturday, there’ll be a host of amateur football and rugby matches taking place. 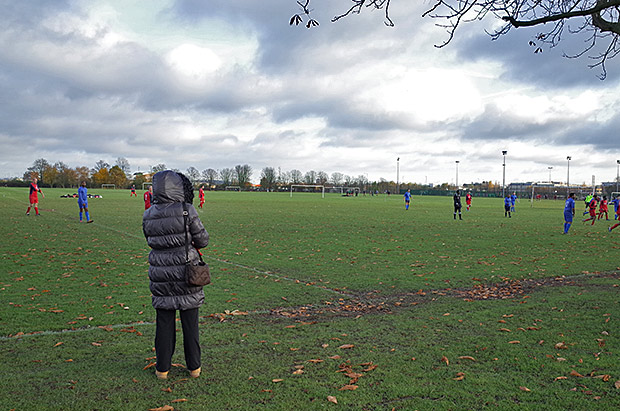 A lone spectator watches a game. 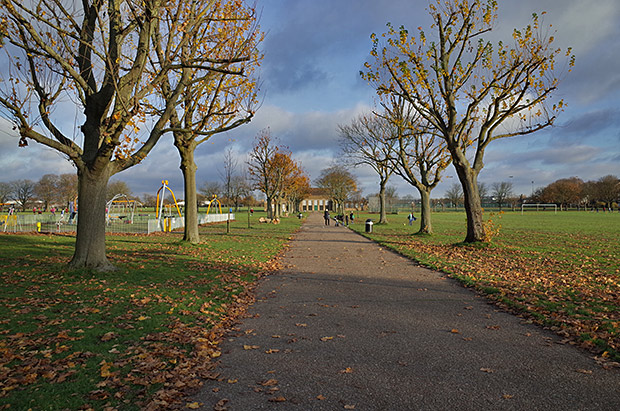 Clubhouse in the distance. 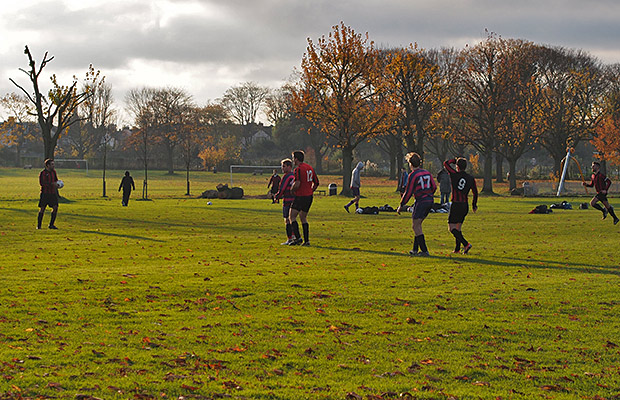 Football game in progress, with the winter sun casting long shadows over the leaf-strewn grass. 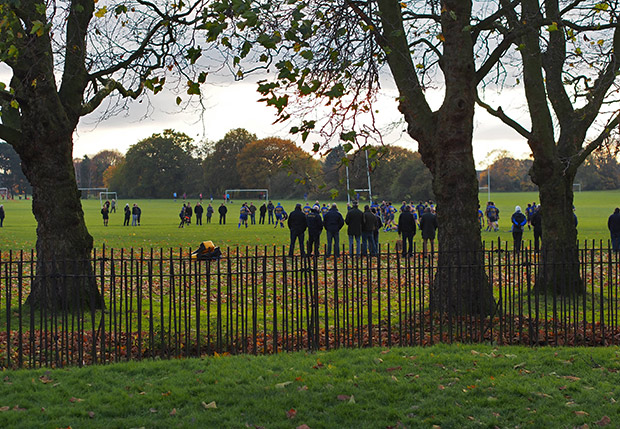 A modest crowd watches a rugby game in progress. 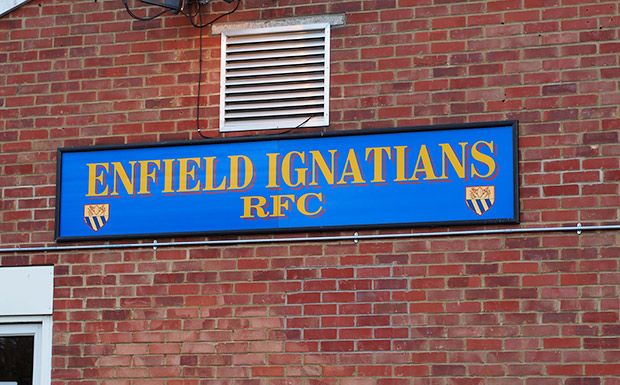 Open to all-comers from 1982, the club moved to Enfield playing fields at the same time, and currently plays in the London 2 North East league [Club website]. 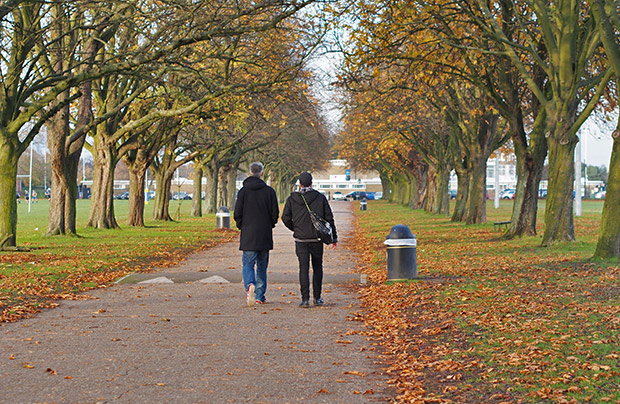 Walking to the Queen Elizabeth II athletics stadium, where the hosts Enfield Town FC were defeated by the mighty Dulwich Hamlet in a seven goal thriller. 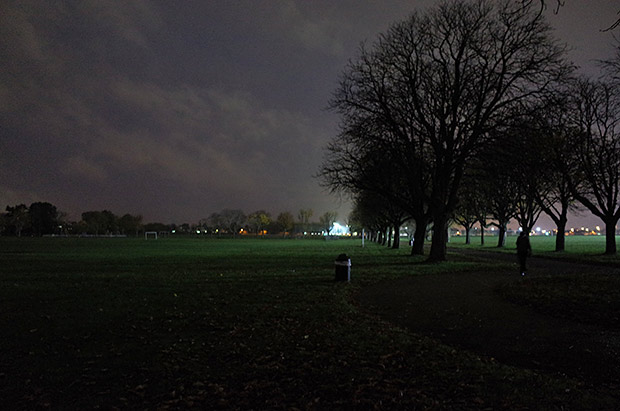 Evening in the park.