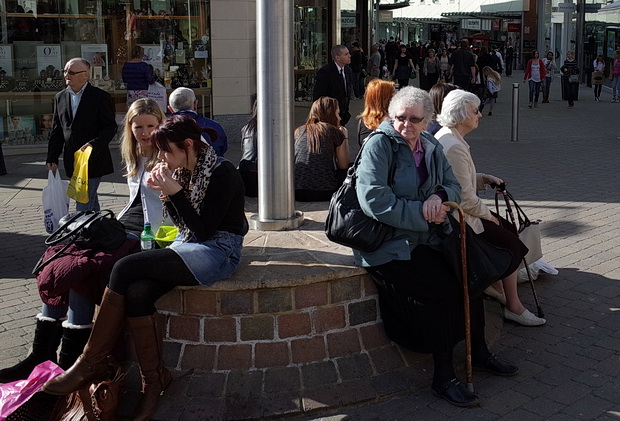 I travelled south to visit Maidstone last weekend on the occasion of Dulwich Hamlet FC playing the local team, and took time to wander around the town centre and grab some photos.

Located 32 miles south-east of London with a population around 115,000, Maidstone dates back to Roman times, and is the county town of Kent. 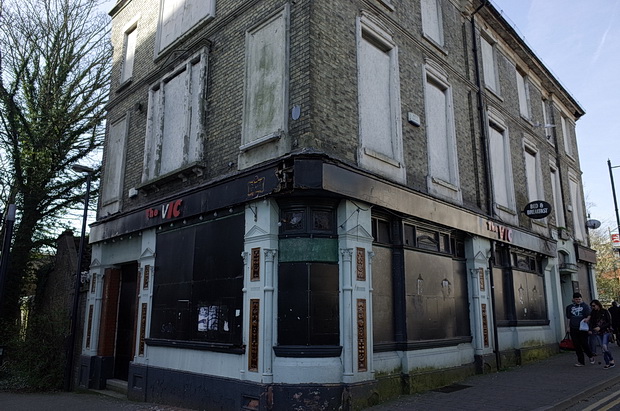 This is the rather sad sight of the ‘The Vic’ pub that greets you as you leave the station.

Formerly known as The Victoria Hotel, the pub opened in the early 1880s, but has been boarded up for several years. 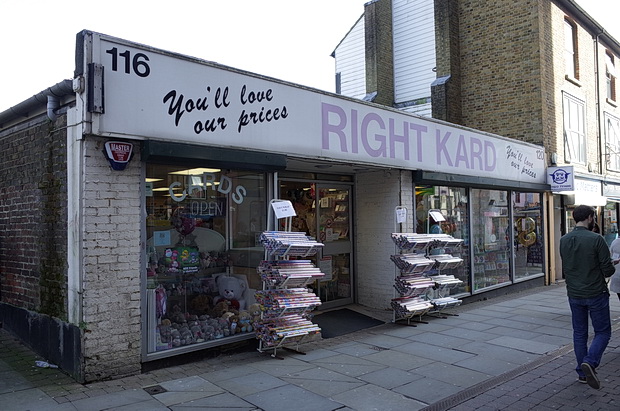 Maidstone follows the format of a lot of smaller towns around the UK, with a run down town centre full of struggling independents, while a new shopping centre plays host to familiar big brands.

‘You’ll love our prices,’ says the sign over Right Kard.

A poster on the bulletin boards had this to say about the place:

This used to be a chippy in the 70s/80s – I went to primary school next door. Two doors down there used to be an proper Italian ice cream parlour called ‘De Marco’s’ – there is still a mosiac ‘D’ in the entrance to the shop. That top part of the town near the station used to be thriving, its pretty grim now. In fact I’d say the pictures on the blog really do the town a favour, every time I go back it feels more grim than before. 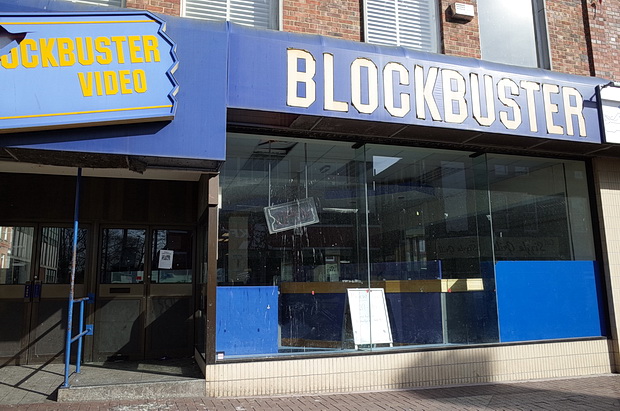 Blockbuster finally threw in the towel at Maidstone on December 2013, flinging its staff on the dole right before Christmas. 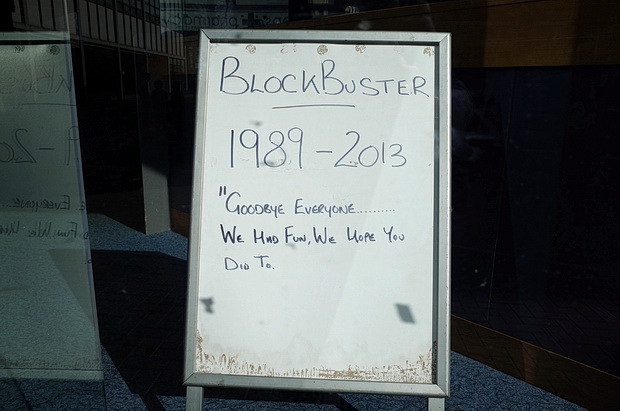 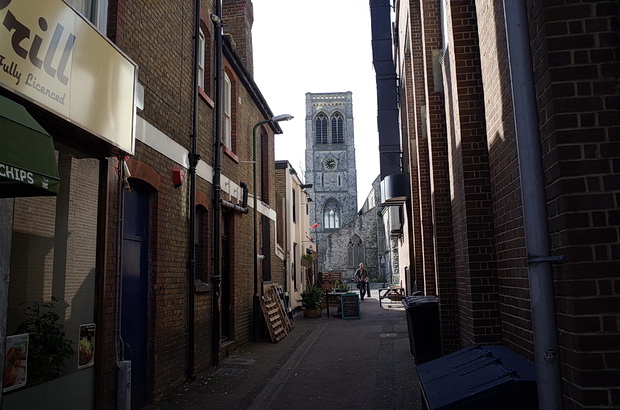 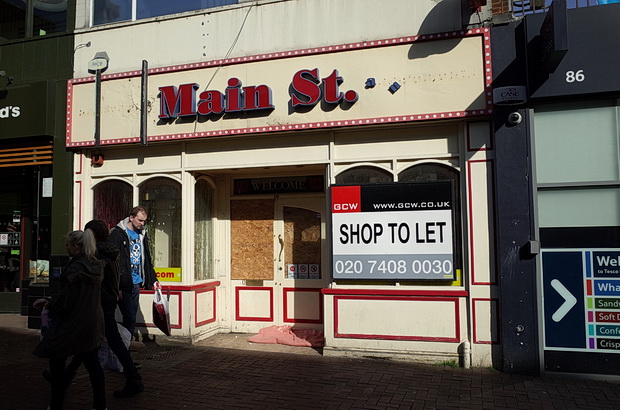 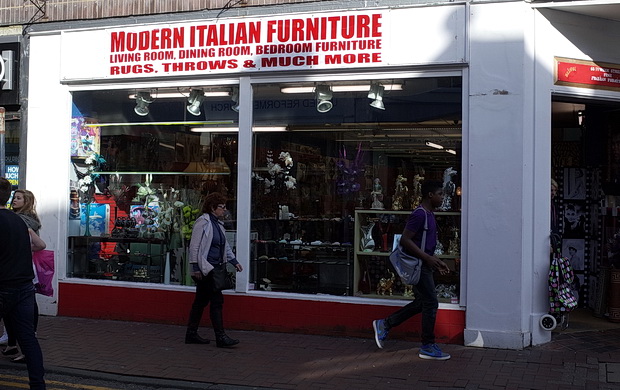 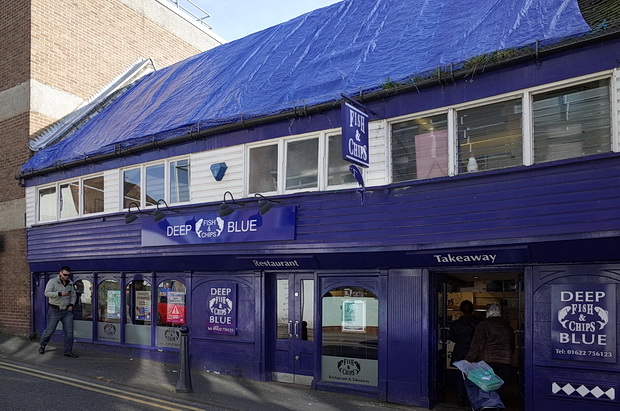 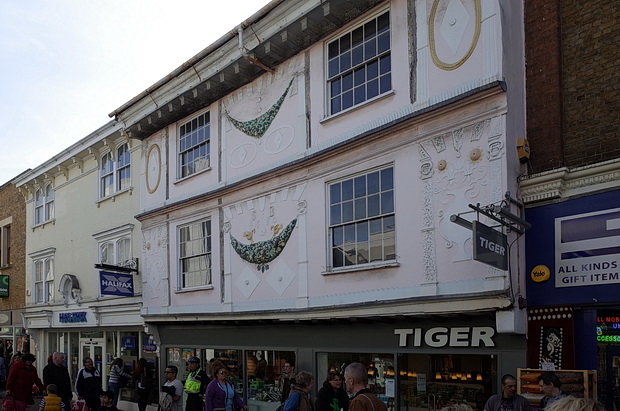 The house is an example of a pargetted house, which dates back to 1680.

Pargetting, a term describing the use of external lime plaster in a decorative manner with incised or moulded surfaces, became common when the wattle and daub of the half-timbered Tudor houses began to fall into decay. [—] 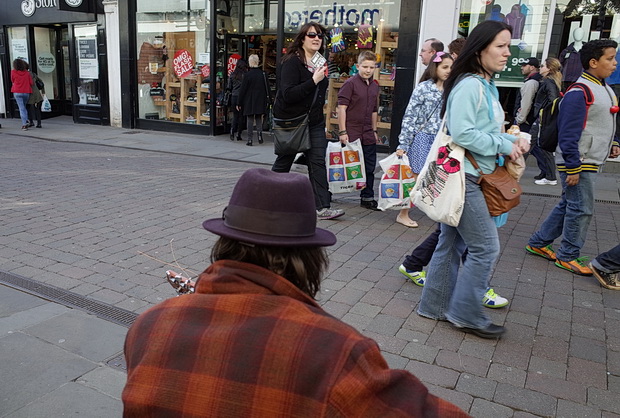 Busker fails to attract any loose change from passing shoppers. 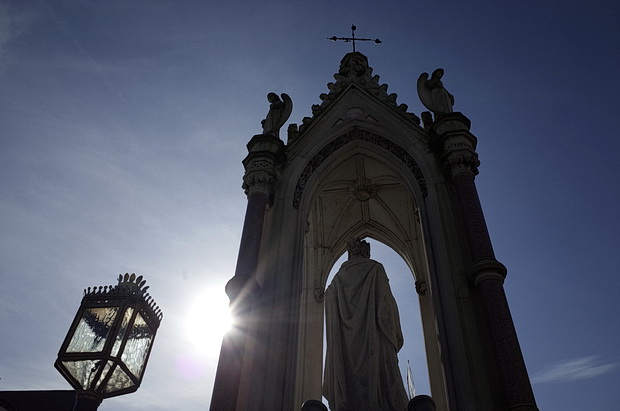 The local paper reports that it was slightly damaged last month when a bus reversed into one of the lamps. 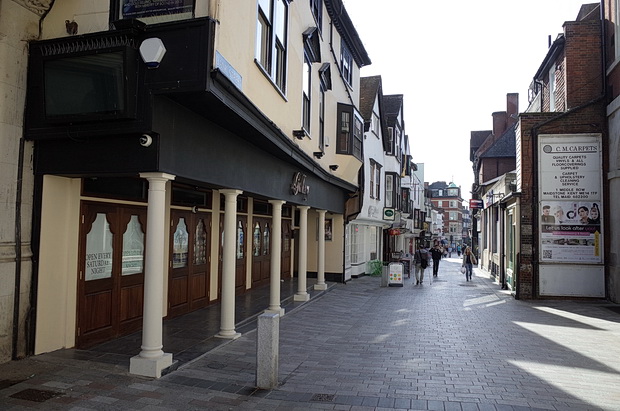 Bank Street, which retains a typical medieval street layout. Some of its shops date from the 15th-17th centuries. 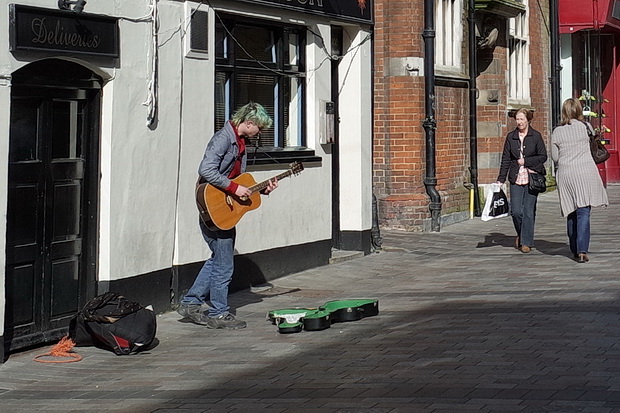 A busker with green hair outside The Sun. 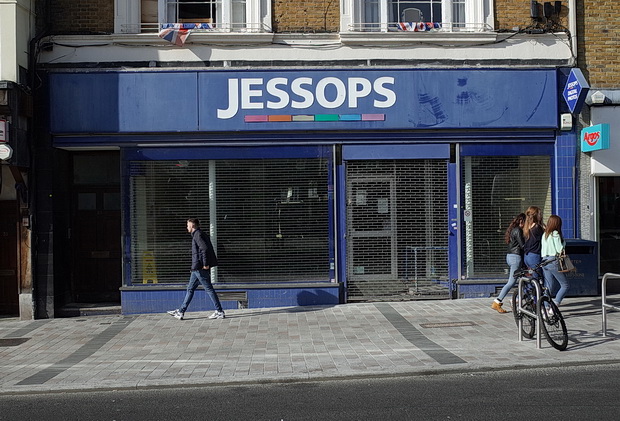 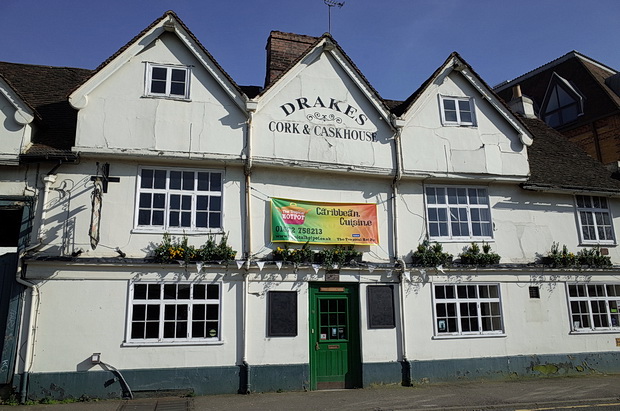 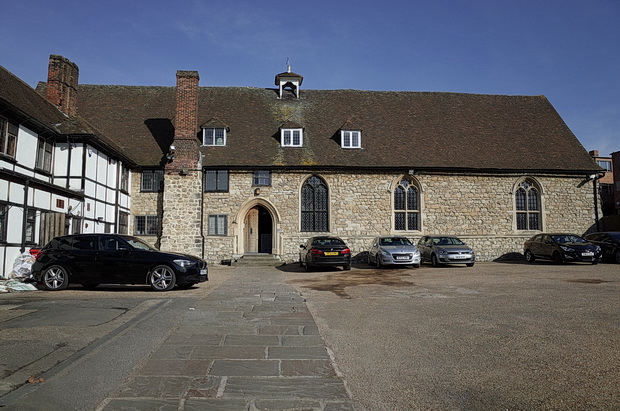 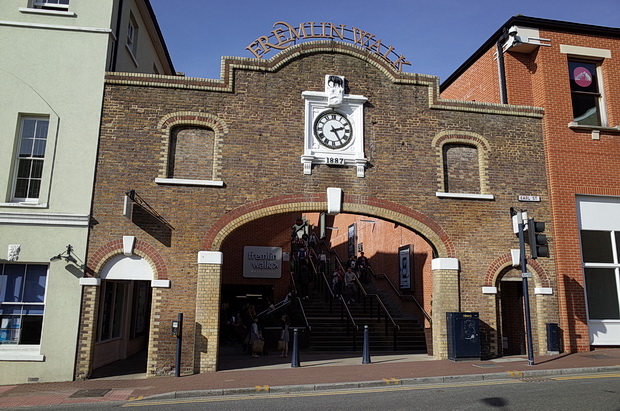 The old entrance to Fremlins Brewery, now repurposed to serve as an entrance to the new Fremlin Shopping Centre. 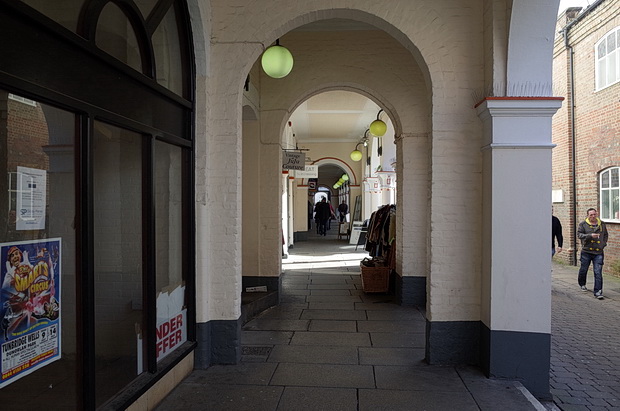 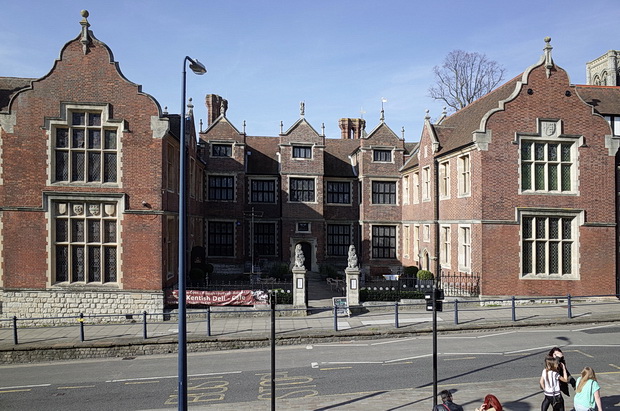 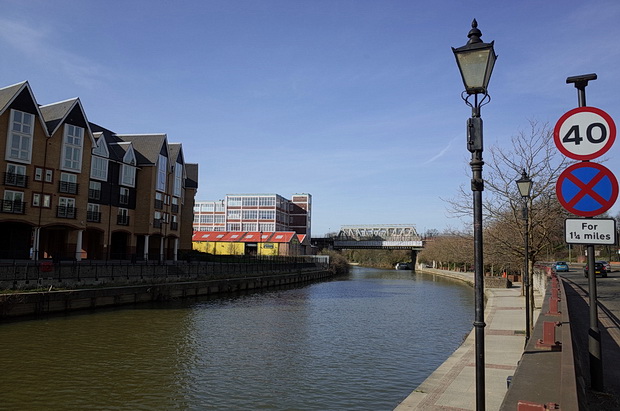 River Medway runs through the middle of the town . 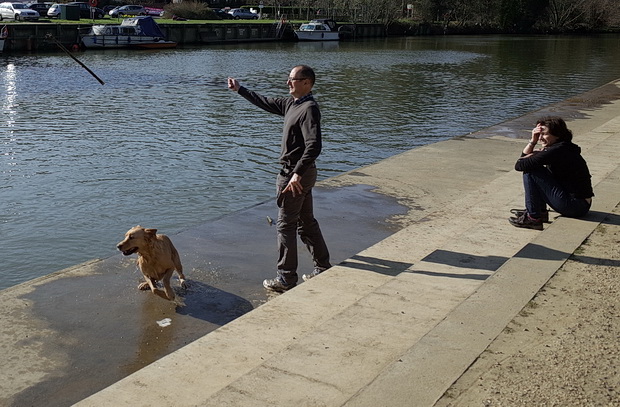 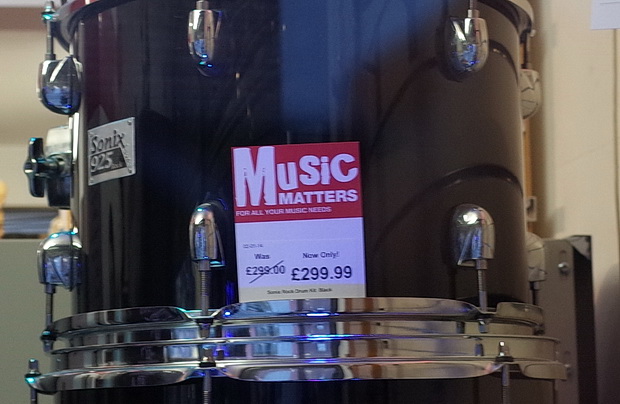 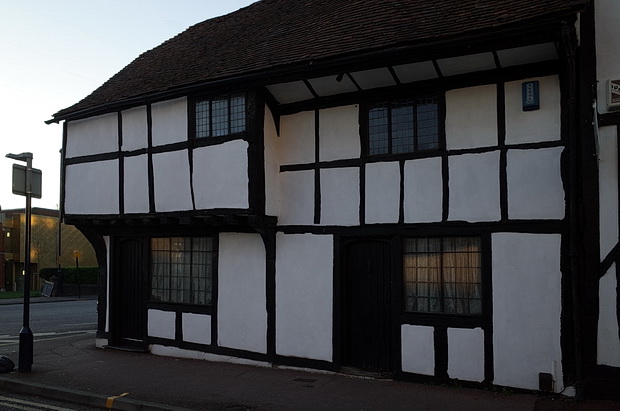 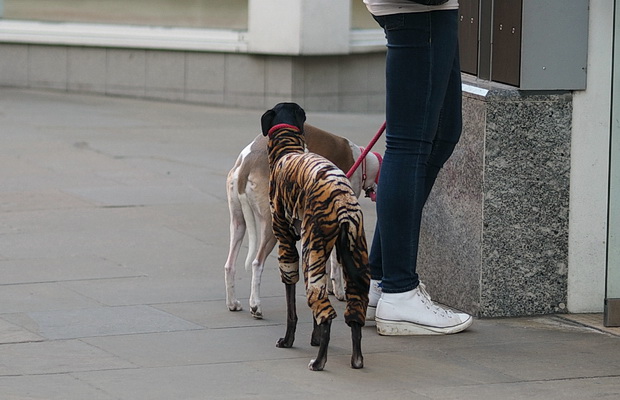 Stylish dog in the shopping centre. 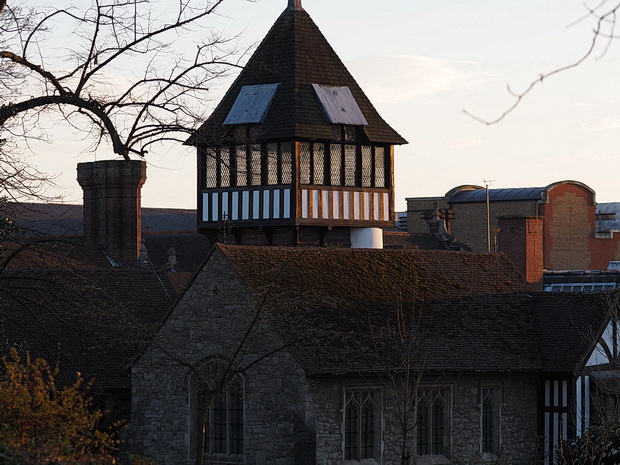 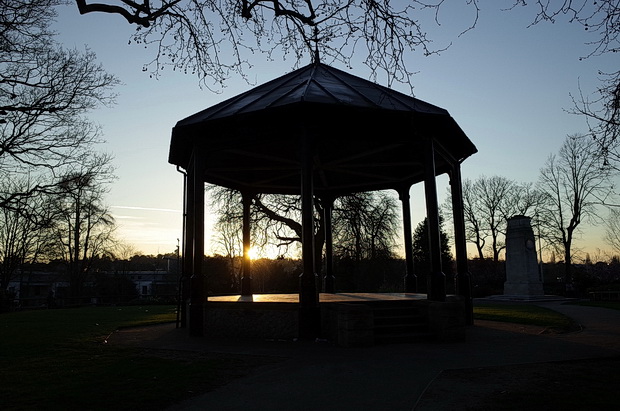 Brenchly Pavilion against the setting sun.

Discuss Maidstone on the bulletin boards.

A trip to Ramsgate, Kent

5 Comments on “A selection of photos taken around the town centre of Maidstone, Kent”