This striking sculpture by the American sculptor Dale Chihuly was first unveiled in Mayfair’s Berkeley Square on the 3rd April 2014, and it’s still attracting attention a month later. 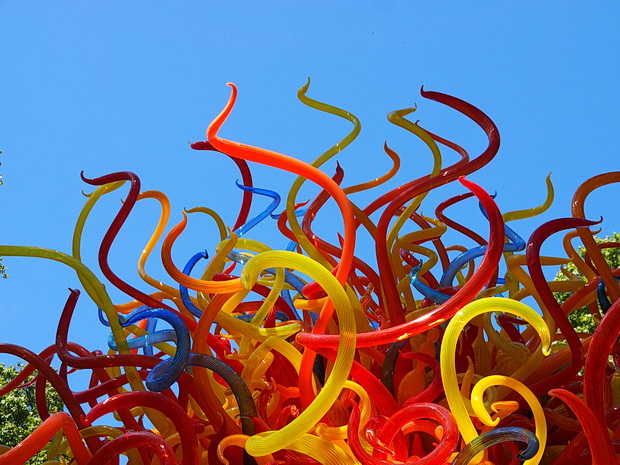 The piece was installed over five days and makes a particularly splendid sight in Berkeley Square at night when it is illuminated.

Unfortunately, I didn’t get chance to see it at night, but here’s some photos taken yesterday afternoon. 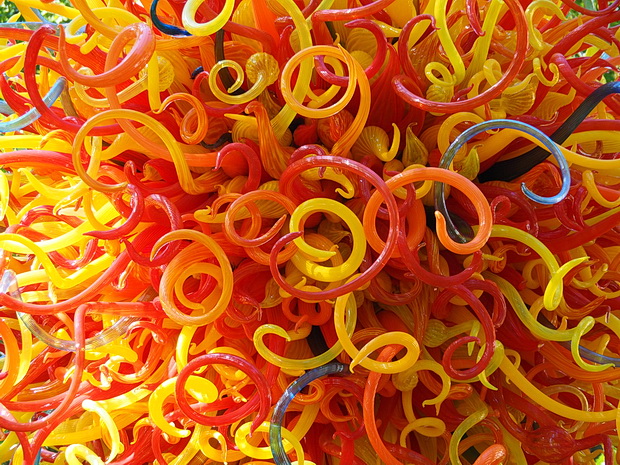 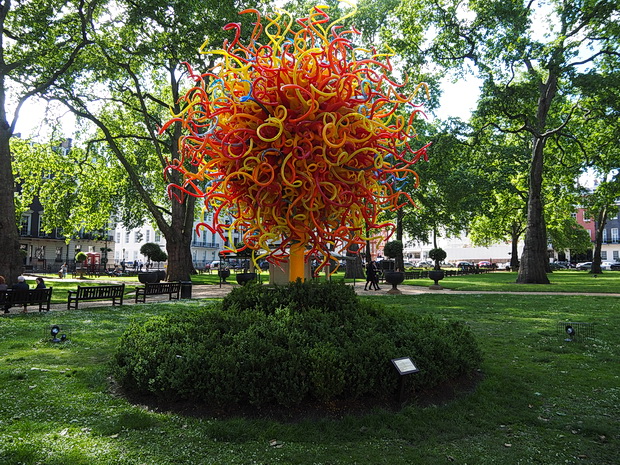 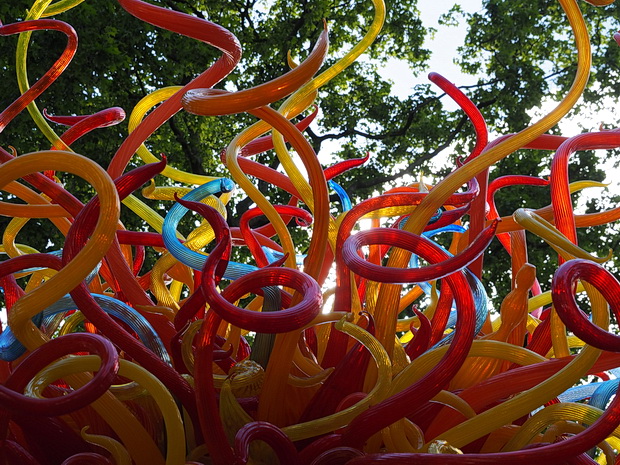 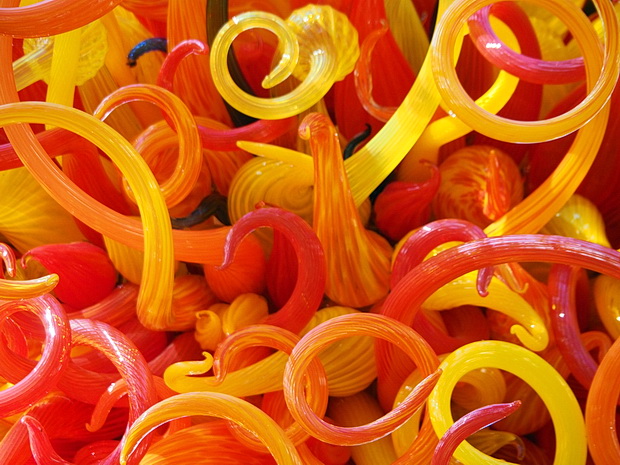 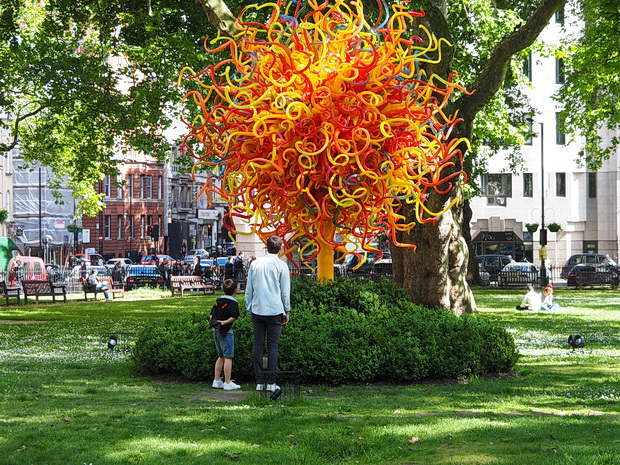 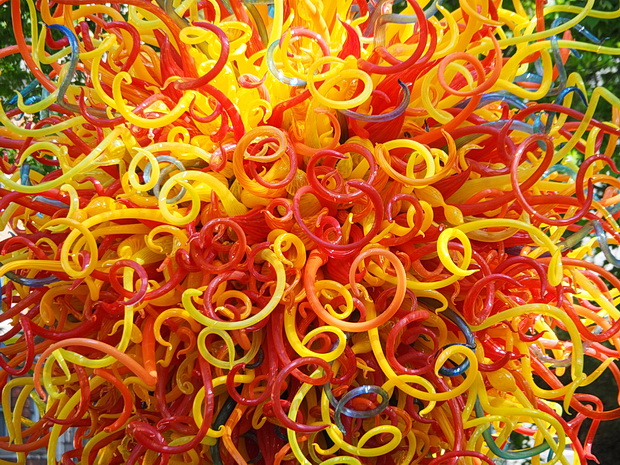 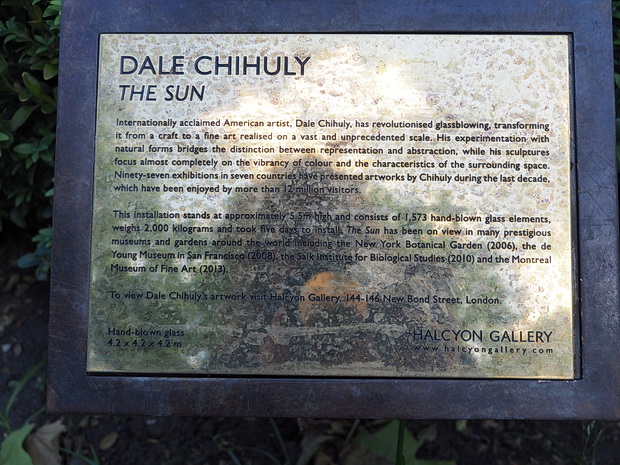 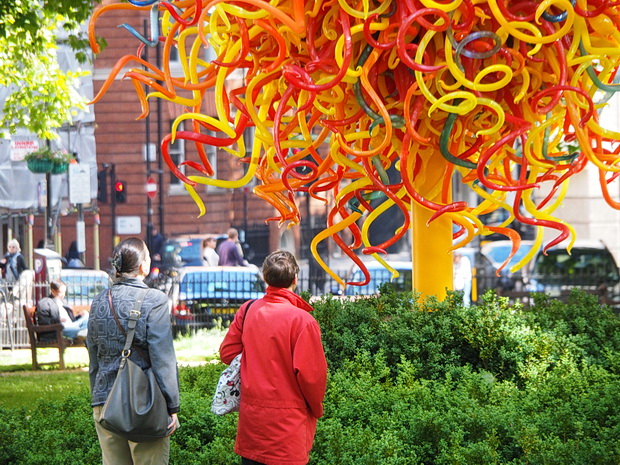 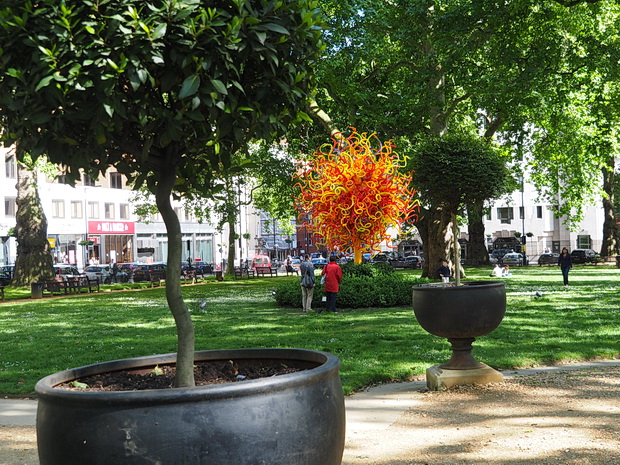 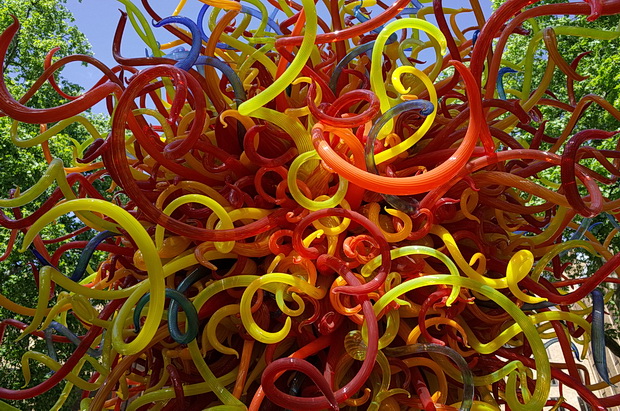 A bit about the artist:

Born in 1941 in Tacoma, Washington, Dale Chihuly was introduced to glass while studying interior design at the University of Washington. After graduating in 1965, Chihuly enrolled in the first glass program in the country, at the University of Wisconsin. He continued his studies at the Rhode Island School of Design (RISD), where he later established the glass program and taught for more than a decade.

In 1968, after receiving a Fulbright Fellowship, he went to work at the Venini glass factory in Venice. There he observed the team approach to blowing glass, which is critical to the way he works today. In 1971, Chihuly cofounded Pilchuck Glass School in Washington State. With this international glass center, Chihuly has led the avant-garde in the development of glass as a fine art.

His work is included in more than 200 hundred museum collections worldwide. He has been the recipient of many awards, including twelve honorary doctorates and two fellowships from the National Endowment for the Arts.