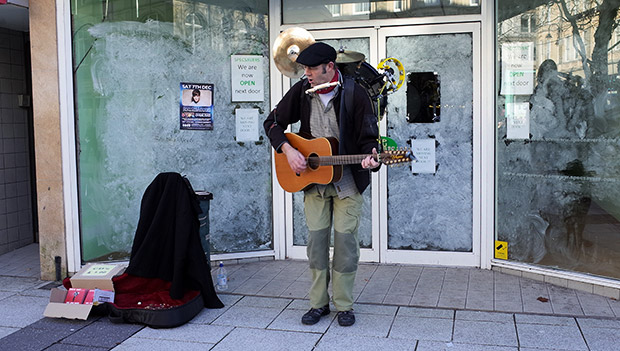 I can’t remember the last time I saw a fully-fledged one-man band in action, so it was great to see this fella knocking out tunes on a full traditional rig in Cardiff’s Queen Street recently. 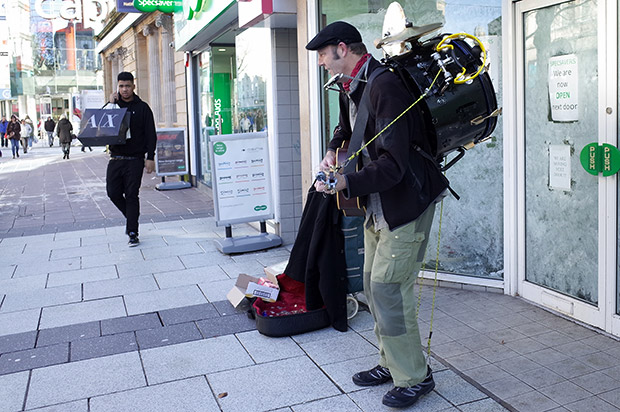 The set up looked particularly complex, with the drums and cymbals being operated by pulleys controlled by his feet, and a tambourine activated via a pulley running from the neck of the guitar to an adapted bass drum pedal bolted on to the bass drum. 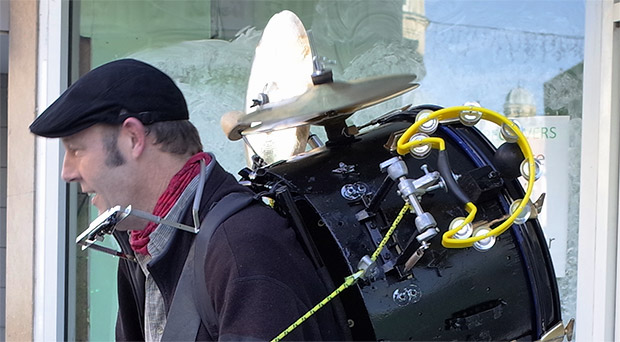 He seemed to enjoy his work too and brought a smile to the faces of people walking by. 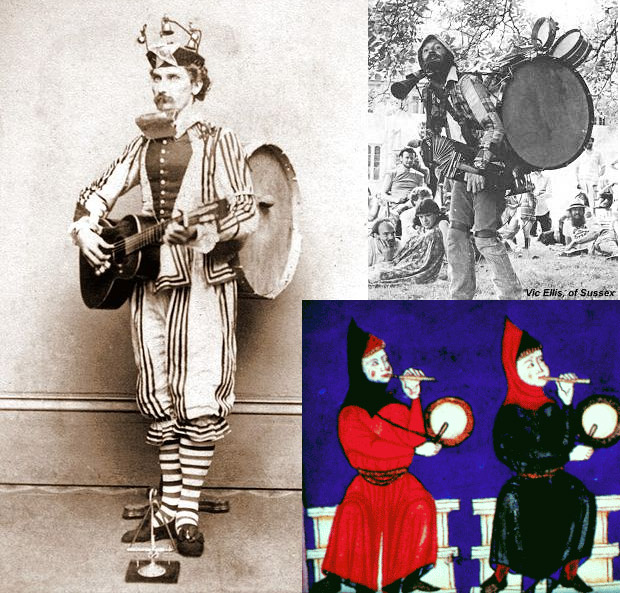 [Left to right, clockwise: US one man band circa 1865, Vic Ellis of Sussex and Pipe and taborers, from the 13th Century]

The earliest one-man bands date back to the 13th century, where musicians played a simple three holed flute (pipe) and bashed an early form of snare drum (tabor) – this practice can still be seen today in parts of rural France, in England, and among the Basques and Catalans [source]. 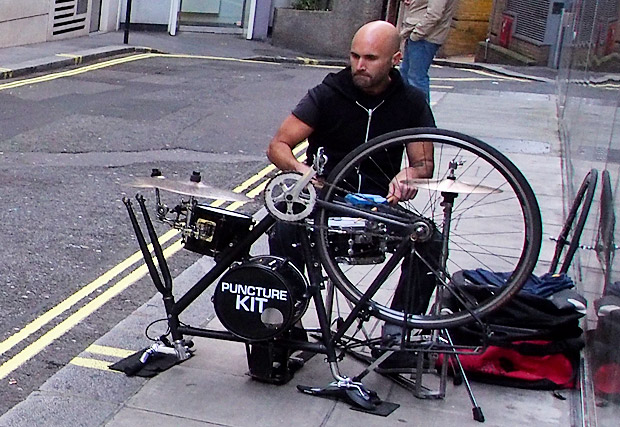 Modern technology, bijou amps and portable instruments have produced a new generation of one man bands who can create an impressively comprehensive approximation of a fully fledged band – although I have to say my favourite is still the fella with the bass drum on his back.