I’ve often found myself intrigued as to what goes on in inside the British Interplanetary Society, which has its HQ right next to Vauxhall Bus Station in south London.

The name has always managed to conjure up a mental image of Dan Dare sitting around a table with bookish sci-fi fans arguing over a vintage Quatermass script, but last night I finally got to see the place for myself – and I had a very enjoyable time. 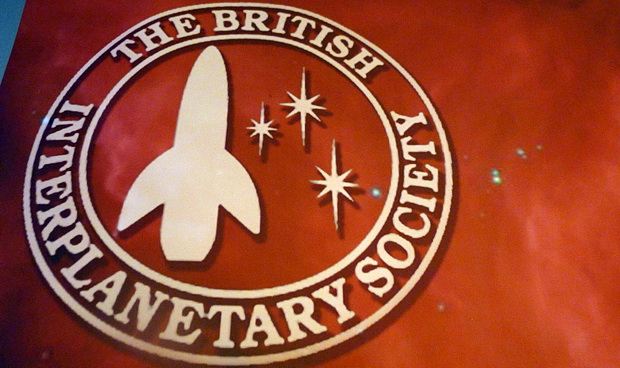 Founded in Liverpool in 1933 by Philip E. Cleator, the Society can claim to be the the oldest space advocacy organisation in the world, and has the motto, “From imagination to reality.”

Casually rummaging around on their website last week, I discovered that the Interplanetary gang regularly hosted interesting science talks, and when I saw that there was an upcoming talk entitled “Life on Mars? – The European ExoMars Programme,” I whipped out my tenner quicker than a Saturn V rocket in full flight.

Unsure of what was in store, I posted on the urban75 forums before the talk, wondering whether I was going to encounter real science-type people or gangs of cardigan-wearing blokes wearing Worf foreheads, talking in Klingon and making the whoosh! of the Star Trek doors as they came in.

Happily, most of my stereotypes were soon proved wrong, and although it was definitely quite blokey and spoddy, everyone seemed friendly enough. And the talk was fascinating. 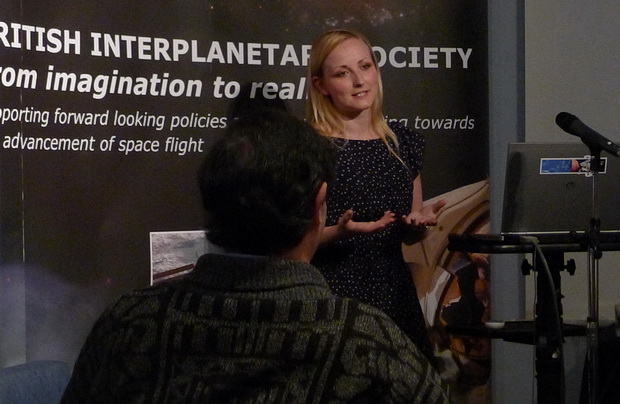 Giving the talk was Abigail Hutty, a fabulously bright and articulate woman who has so many letters after her name you’d need a couple of  Scrabble boards to fit them all in. 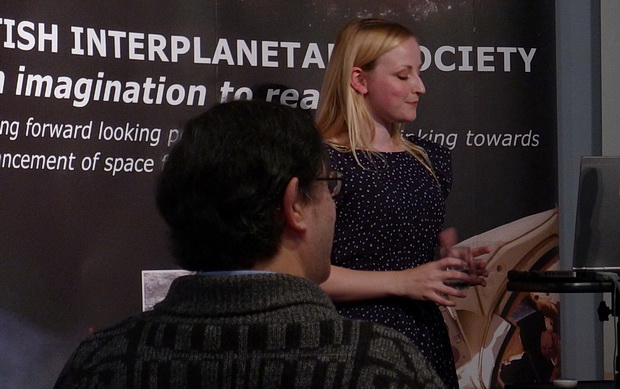 Abigail works as a Spacecraft Structures Engineer on the Airbus ExoMars Rover Project, and she served up a fascinating overview of the Rover’s mission before going into detail about the science and engineering involved in the mission.

Erudite and witty, she did a great job of explaining how the 2018 mission will be accomplished, while outlining the technical challenges inherent in such an ambitious venture. 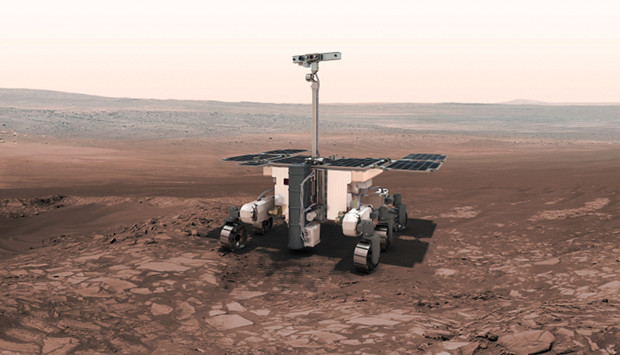 The ExoMars Rover has set itself a particularly tough set of tasks, with the machine having to move around the surface, undertake subsurface drilling (down to 2m), automatically collect samples and then process and distribute them to a suite of onboard instruments dedicated to exobiology and geochemical research.

I liked the fact that Abigail explained that they had to ensure that the mast containing the cameras had to be elevated to the ‘average height of a geologist’ because it turns out that they’re rubbish analysing photos taken at knee height. 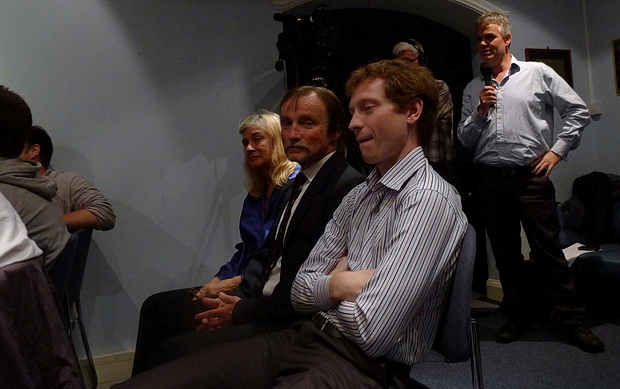 After the talk, several members of the audience delivered some tough questions, all of which were swiftly answered and batted away with aplomb by Ms Hutty. 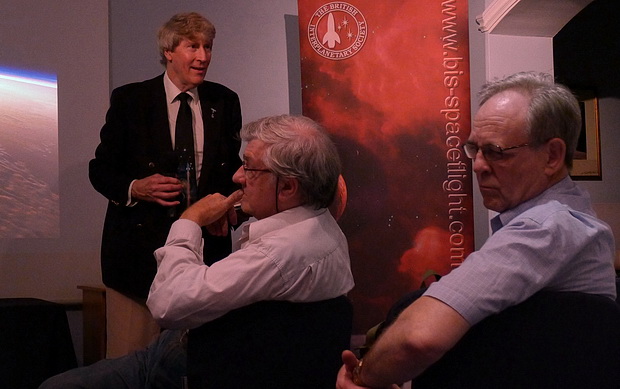 Alistair Scott, the President of British Interplanetary Society compèreed the event in a manner redolent of an unusually jovial Paxman.

It seemed that most of the people in the crowd knew each other, and Mr Scott took pleasure in telling us that the chap in the front (who had just delivered a particularly complex and tricky question) was in fact the president of the wonderfully eccentric sounding, Mars Society. 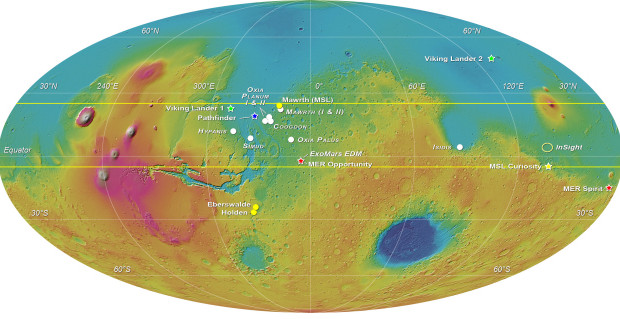 On the map, a yellow star marks the position of the Curiosity rover; three other locations that were shortlisted for Curiosity are indicated with yellow circles. Other stars and ellipses are used to indicate past and future missions’ touchdown spots.

Time is of the essence if the maximum scientific return from ExoMars is to be achieved. The rover can cover a limited driving range in the course of its seven-month nominal surface exploration mission.

The spacecraft’s ballistic entry into the atmosphere is a rather imprecise procedure which means that it could land anywhere within a 104 km x 19 km ellipse. In order to ensure that the rover spends as much time as possible conducting scientific research, a landing ellipse should contain a scattering of suitable sites to ensure that at least some of them are accessible to the rover. 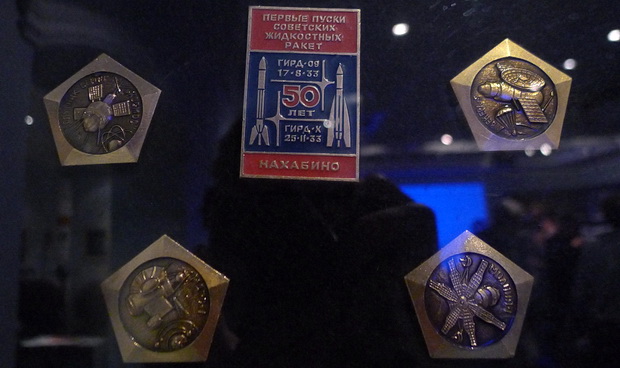 I really enjoyed spending time at the Interplanetary Society and I liked the fact that it does feel so exquisitely British with a sense of quirky DIY about it. I imagine a lot of prog rock gets played at their Christmas parties.

I’ll definitely be back for more and can’t recommend it enough if you have an interest in all things space.

The Society regularly puts on events that are open to non members, so please check their website to see what’s coming up.