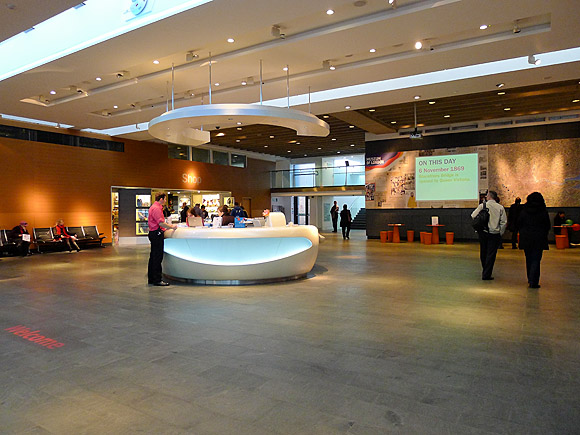 One of the world’s biggest urban history museums, the Museum of London has over two million objects in its collection and holds the largest archaeological archive in Europe.

Opened in 1976 as part of the Barbican Estate, the galleries were laid out in an innovative style which meant that there’s only one route through the museum, taking you from the prehistoric period to the modern galleries.

The museum enjoyed a £20million redevelopment which was completed in May 2010, so we went back to check out what had changed. 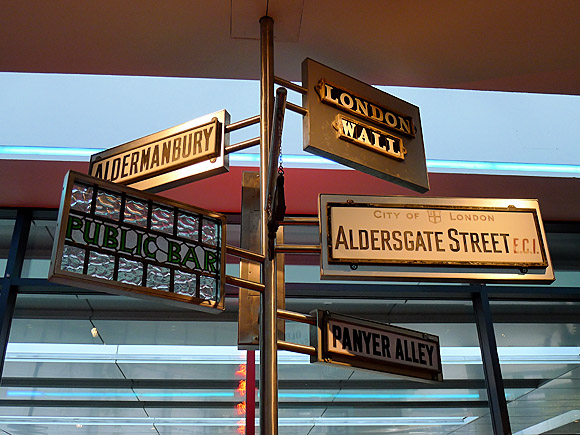 I really liked this collection of old signs by the entrance.

There’s also a splendid, if a tad pricey, cafe just inside the museum which served some excellent food. 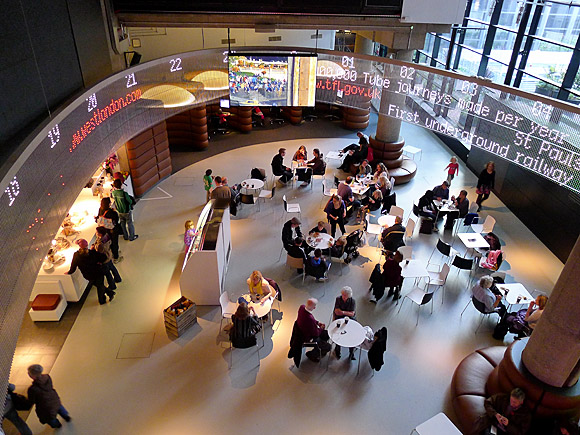 The second cafe, near the exit. 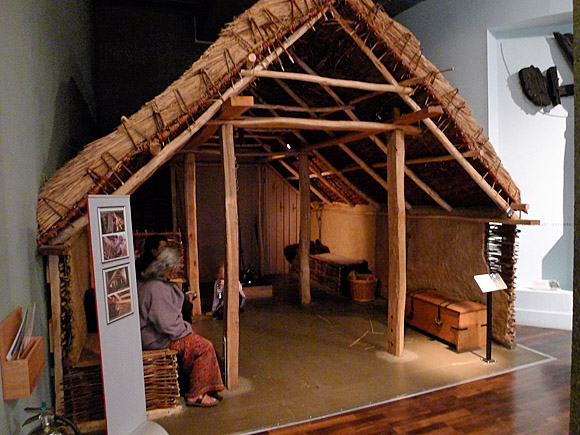 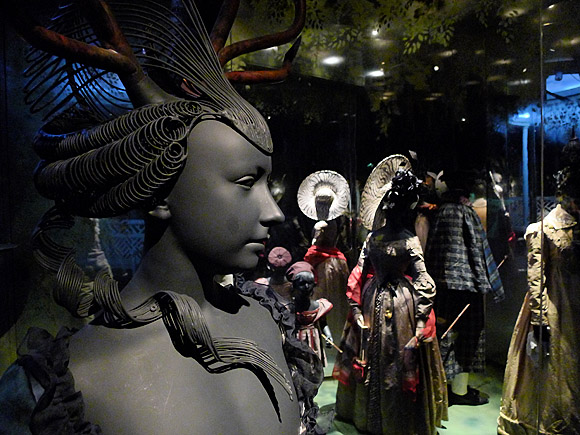 The reconstruction of the Vauxhall Pleasure Gardens is a fabulous experience.

The pleasure garden was a major attraction in London from the mid 17th century to the mid 19th century and consisted of several acres of trees and shrubs with attractive walks and entertainments.

The entertainment could be spectacular too: in 1817, the Battle of Waterloo was re-enacted with 1,000 soldiers participating. 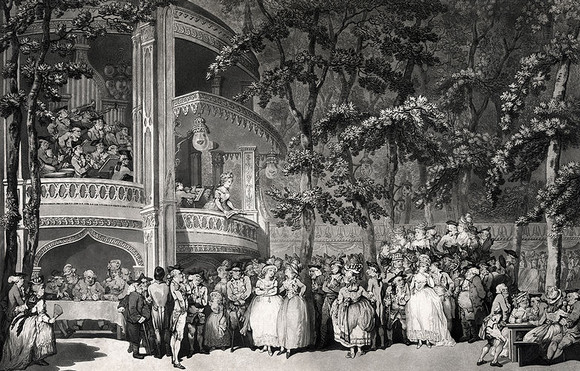 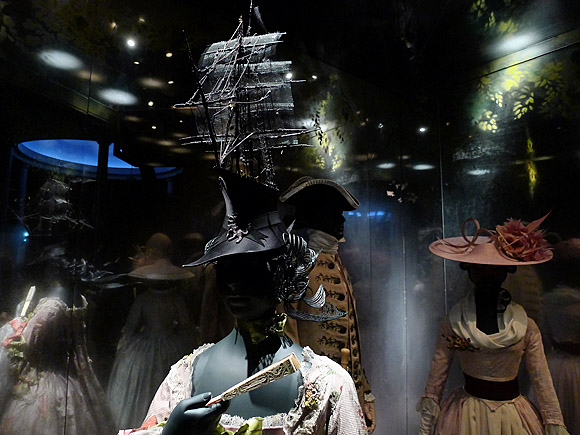 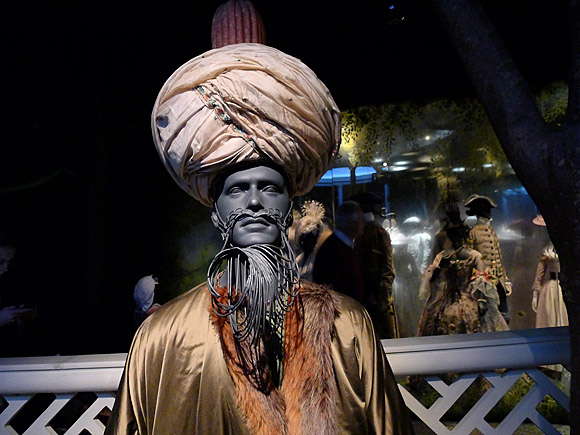 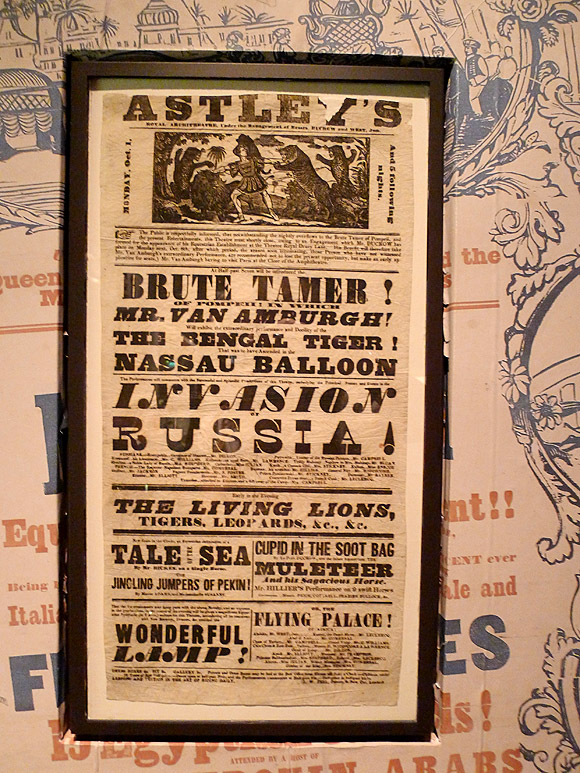 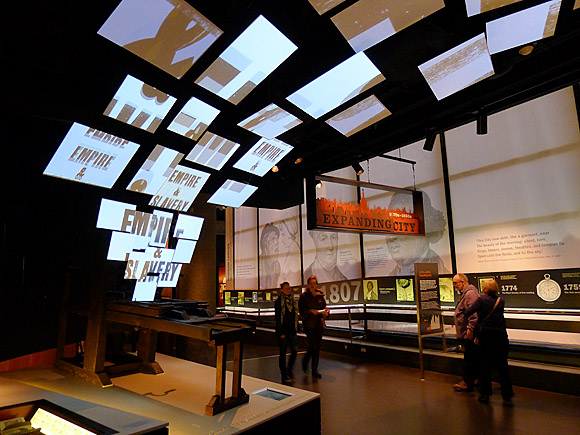 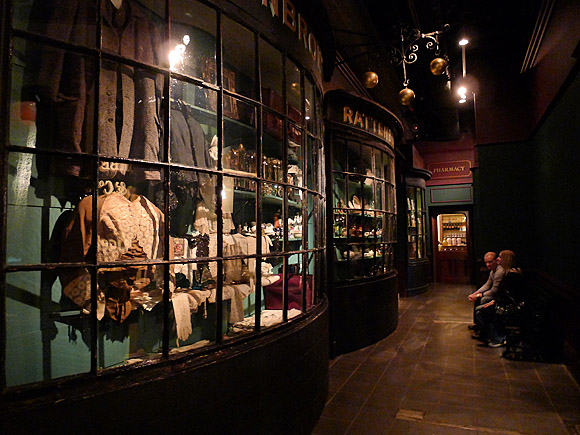 My favourite part of the museum has always been the recreation of a Victorian shopping street, with faithful reproductions of offices and shops showing their original fixtures and fittings. 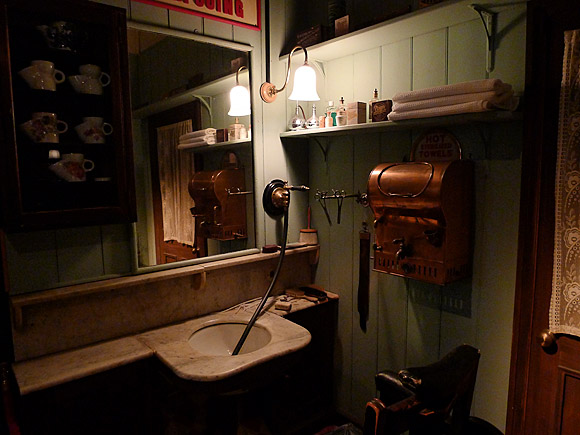 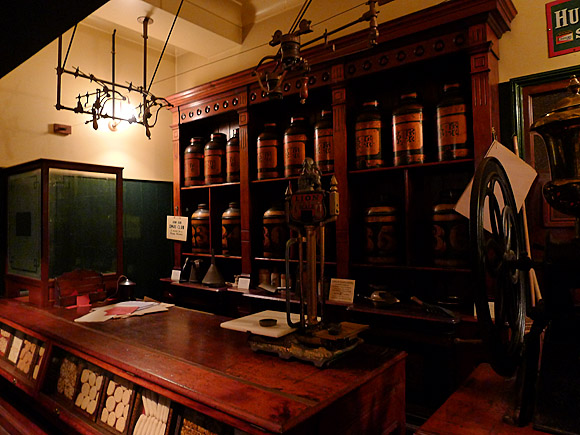 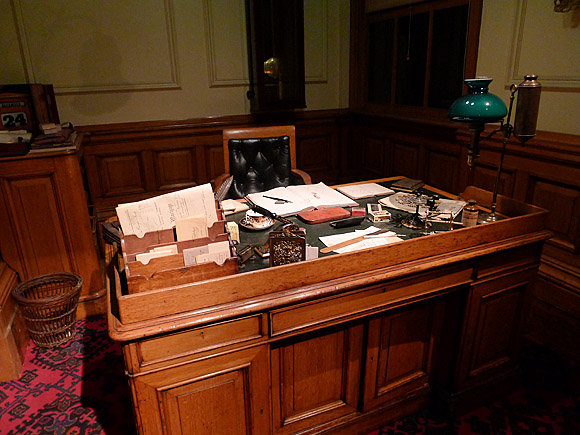 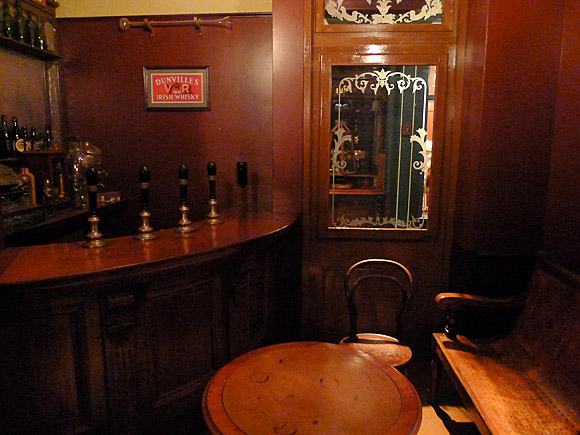 I felt right at home here. 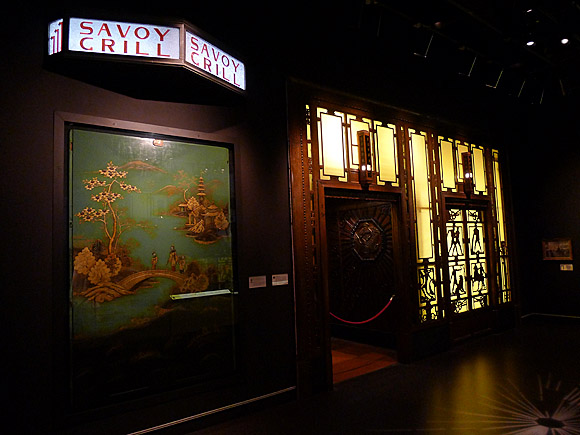 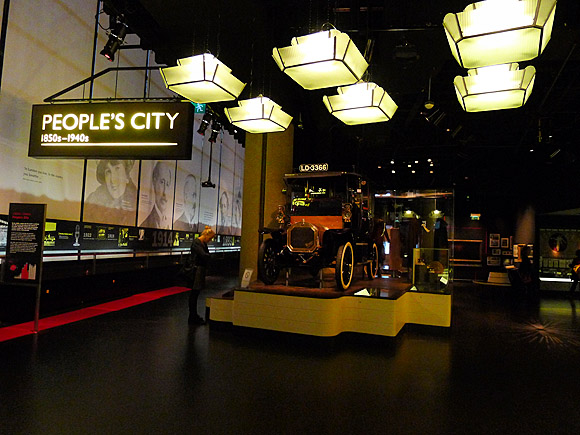 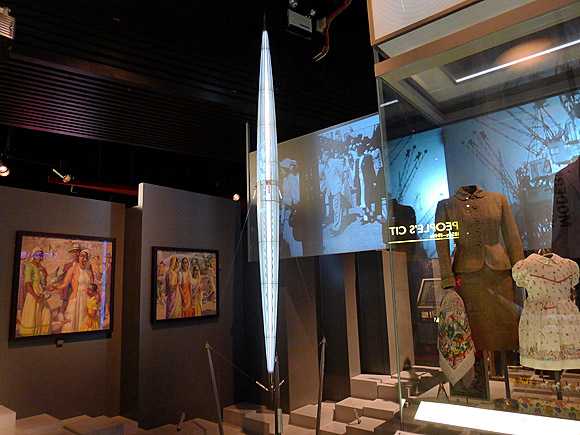 Model of the Skylon sculpture from the 1951 Festival of Britain.

Described as, “part Zeppelin, part-rocket, part-minaret,” the 250ft tall sculpture dominated the South Bank and was a much-loved, engineering marvel. 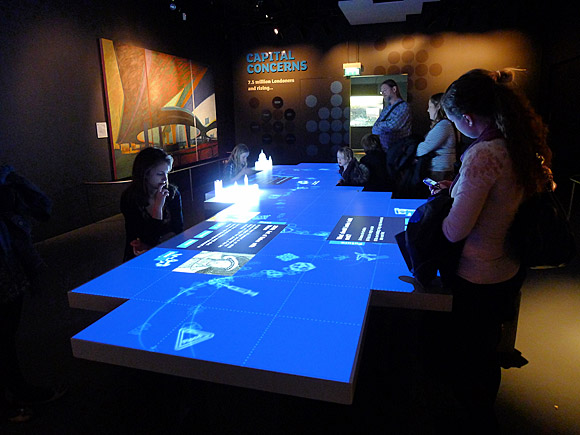 Into the modern galleries. 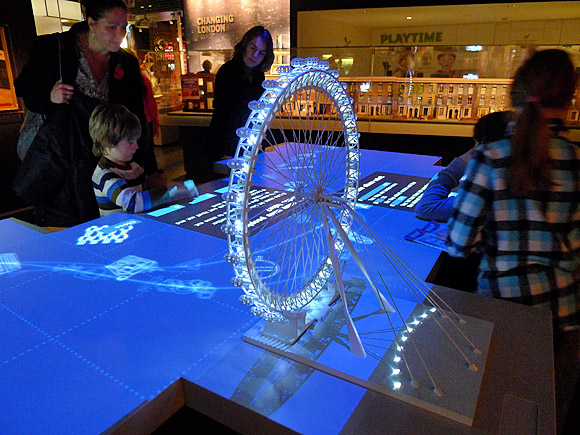 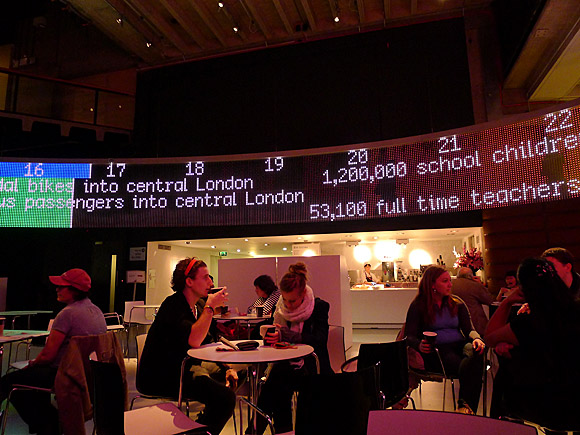 Grabbing a coffee in the downstairs cafe, near the exit. 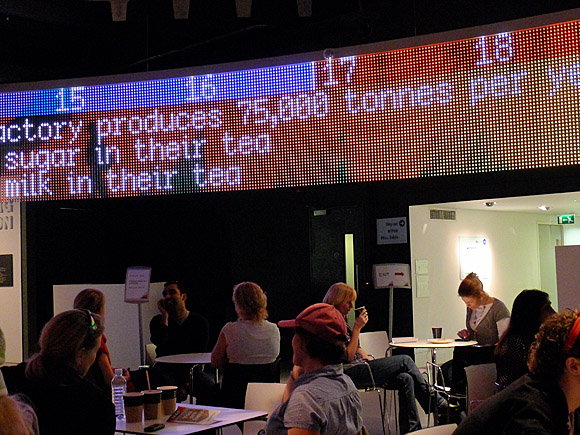 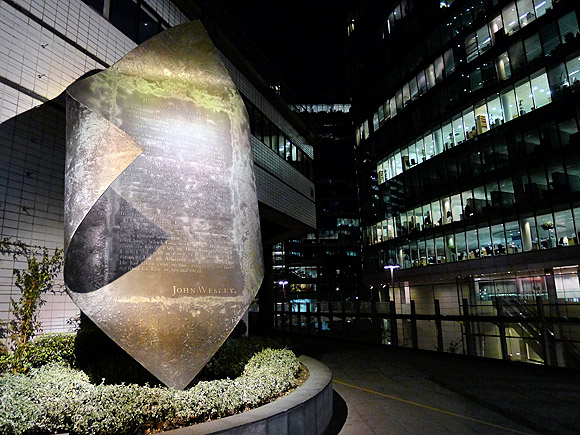 Leaving the museum. It’s free so I can’t recommend it enough!

3 Comments on “A trip to the Museum of London”