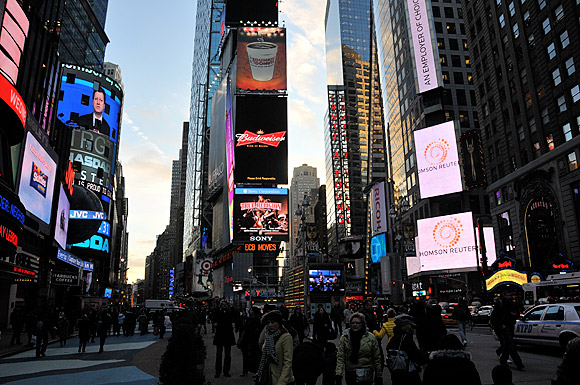 Although it’s been Disneyfied and sanitised into a tourist-friendly cash-till, Times Square is still a fascinating and exciting place to walk through.  Here’s some photos from a December 2010 twilight ramble through the area. 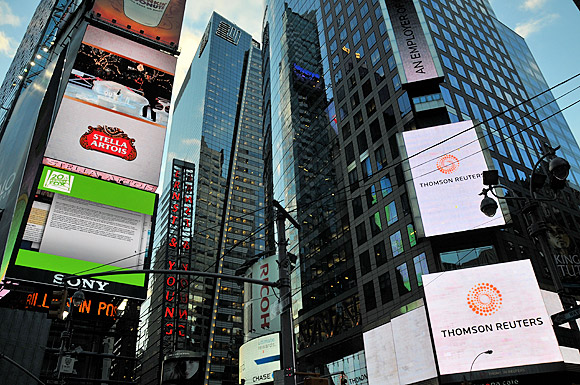 Times Square is situated in Midtown Manhattan at the junction of Broadway and Seventh Avenue and stretches from West 42nd to West 47th Streets. 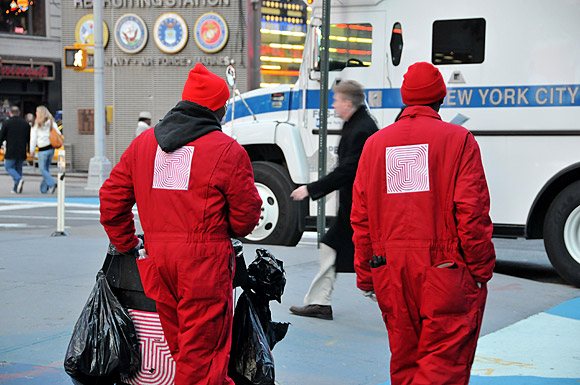 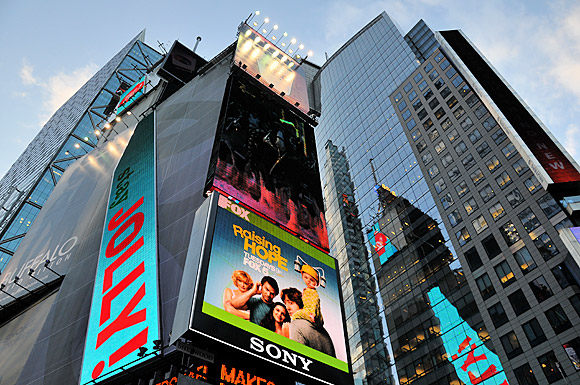 In Victorian times, the area was known as Longacre Square, named after the central London street. It was renamed as Times Square in 1904. 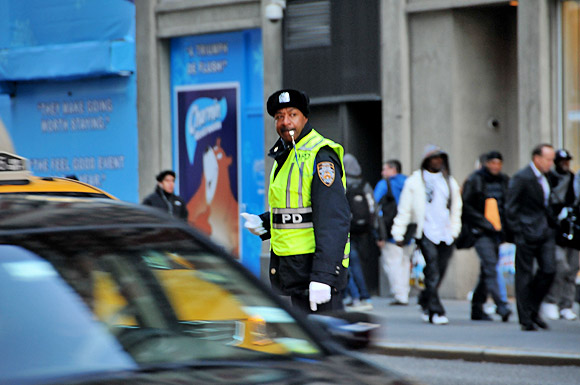 Times Square was declared a smoke free zone in February 2011, as New York extended the outdoors smoking ban to the area.

Try and light up here and you can expect to be slapped down with a 50 buck fine. Ouch! 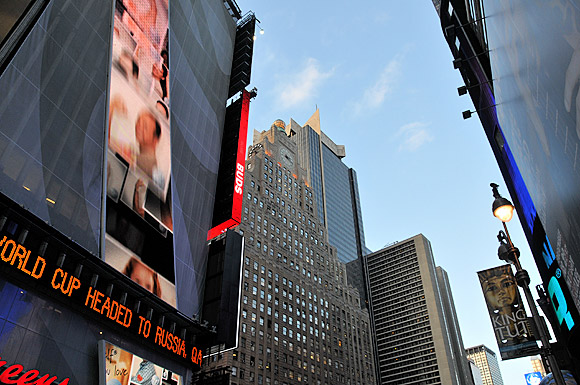 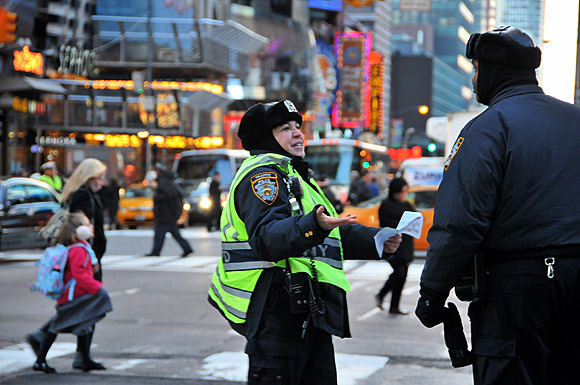 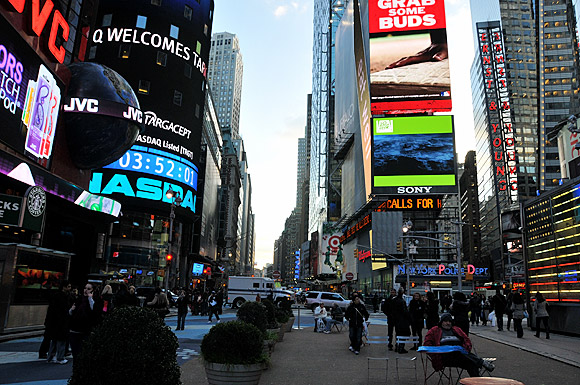 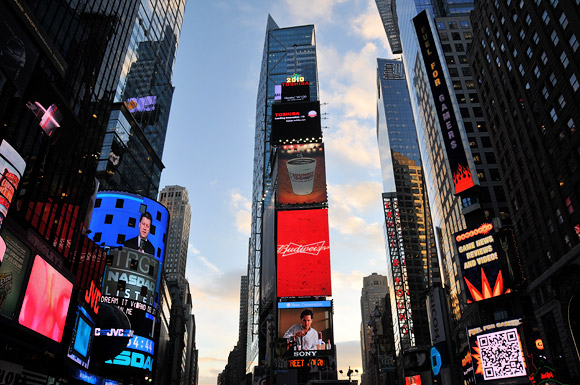 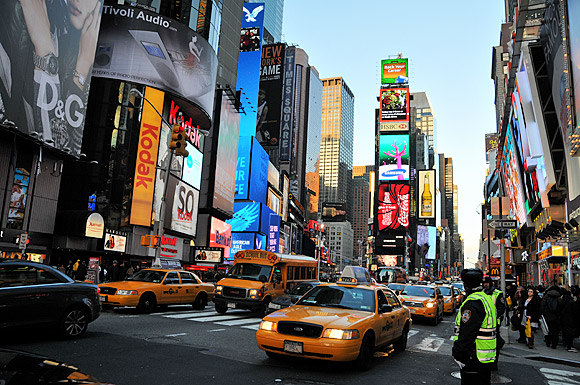 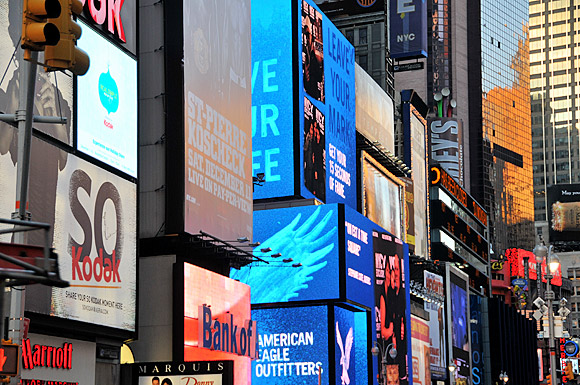 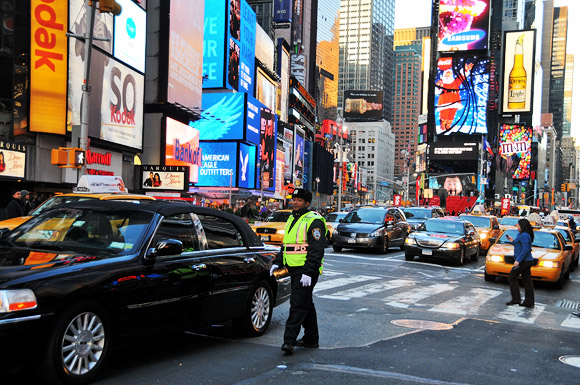 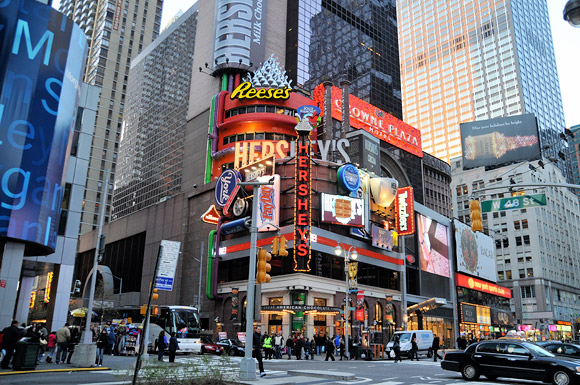 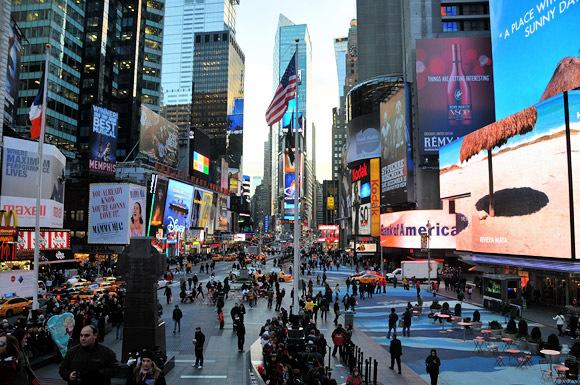 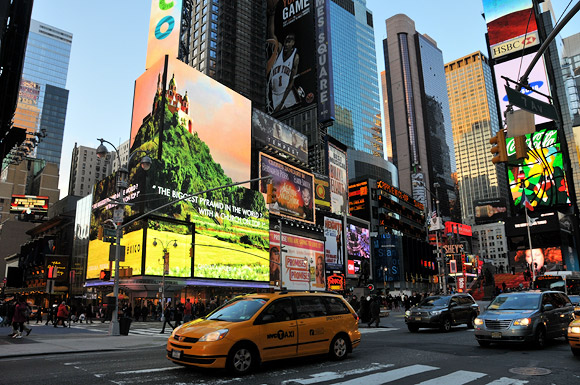