Waking up with a fierce hangover after a busy Offline club night, I felt the need to immerse myself in some art, so hot footed into the National Gallery in Trafalgar Square and was delighted to discover a wonderful painting by the American artist, George Bellows. 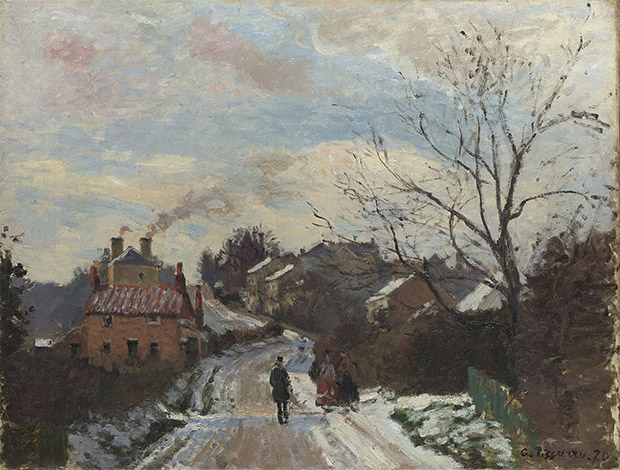 The Impressionism and Post-Impressionism galleries have always been my favourites, and sometimes I can feel a bit emotional reacquainting myself with favourites, like the early works of Monet, the landscapes of Sisley, or this fabulous wintry painting by Pissaro, ‘Fox Hill, Upper Norwood‘ (1870).

I’d often wondered what the road looks like now, and this (rather curious) short video above shows how the scene has almost changed out of all recognition over the following 144 years. 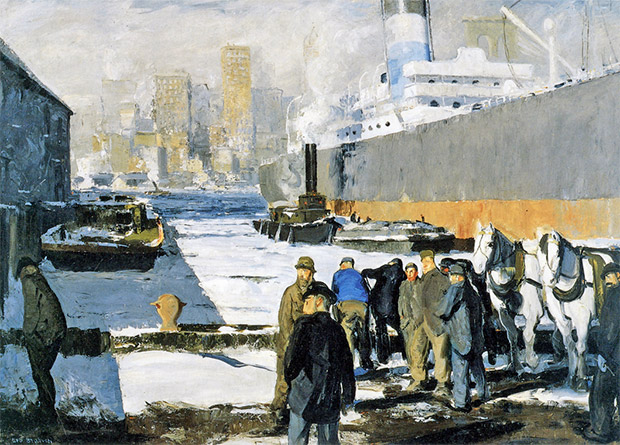 I have to admit that I’d  never heard of the American artist George Bellows, but I was blown away by this 1912 painting showing workers awaiting jobs by an ocean liner docked at the Brooklyn waterfront of New York.

A recent acquisition for the Gallery, and costing a cool $25.5 million, the painting  is the first major American painting to enter the National Gallery’s collection.

Bellows has almost always been seen in the context of American painting, but the way he painted owed much to Manet, and his depiction of the violence and victims of New York derived from Goya and earlier Spanish art.

He will seem as modern and original as ever in the National Gallery, but our visitors – many of them from North America – will understand him in a different way. We are thrilled to have been able to purchase this painting  [—]

Bellows was born in Ohio in 1882 and was at the forefront of a group of American realist painters capturing the excitement of a growing New York City. 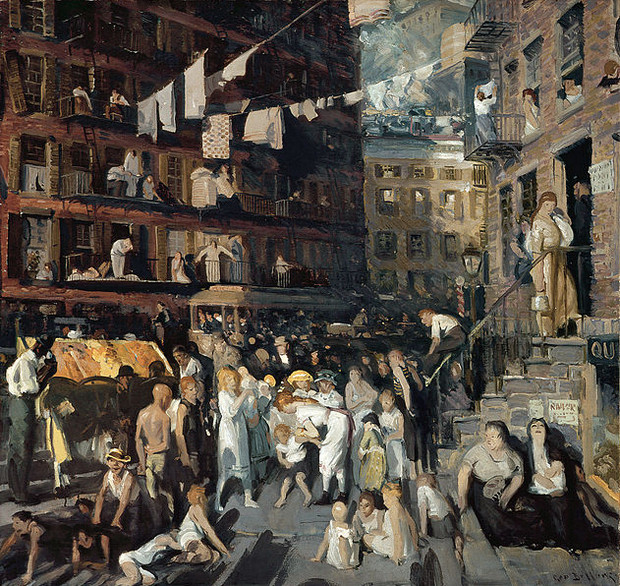 There’s no other major works by Bellows to be seen in London, but visitors to the Los Angeles County Museum of Art can admire ‘Cliff Dwellers‘ (1913) which captures a crowded scene on New York City’s Lower East Side on what looks like a hot summer’s day.

The bustling view reminds me a little of William Hogarth‘s work. 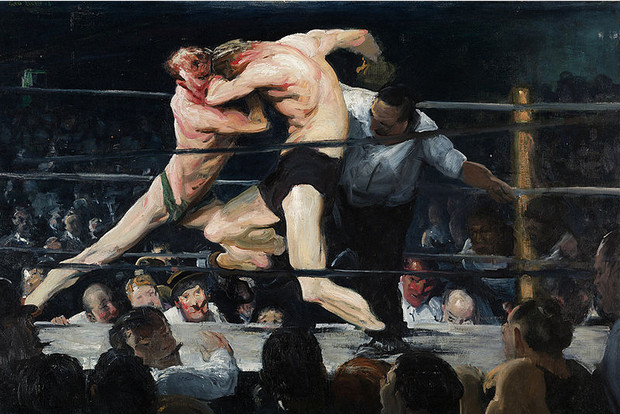 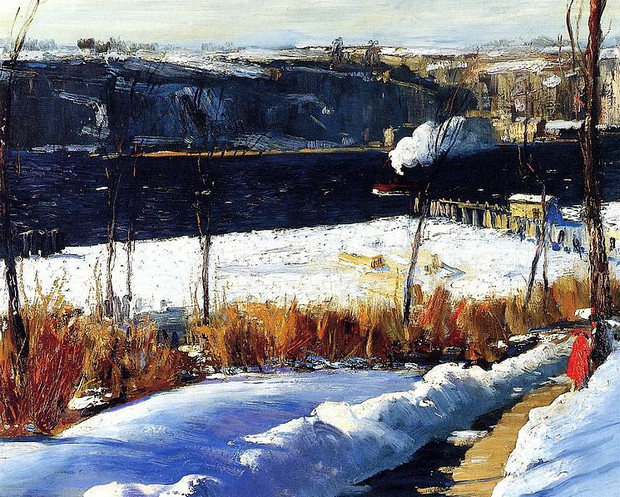 By 1908, Bellows was widely acknowledged as the most brilliant of the young generation of painters, but he died at just 42 in 1925.

Discuss George Bellows on the bulletin board thread.

In photos: Weaving Magic by Chris Ofili at the National Gallery