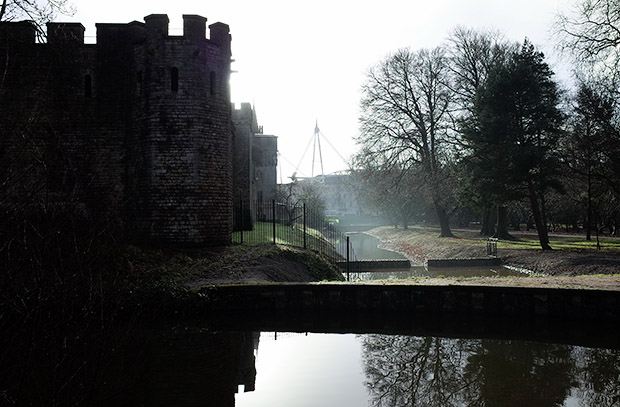 Located in the former grounds of Cardiff Castle, Bute Park offers 130 acres of rather lovely landscaped gardens and parkland, slap bang in the the middle of town.

On a breezy day at the end of December, I dodged the rainstorms and took a very pleasant stroll through the grounds – and here’s some photos from my perambulations. 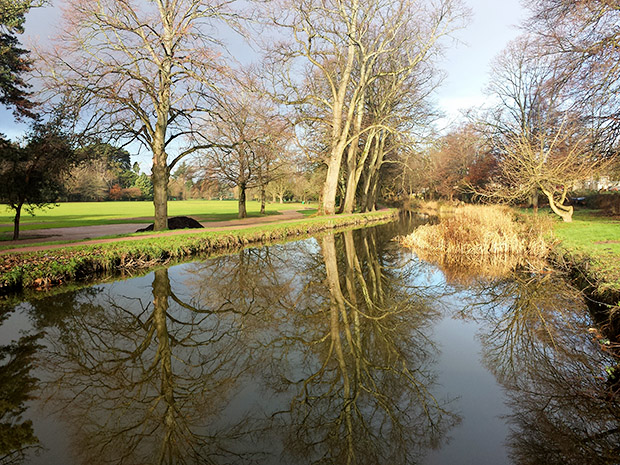 The Castle Green was originally landscaped in the late eighteenth century by Capability Brown, with the park laid out from 1873 by Andrew Pettigrew, Head Gardener to the unbelievably loaded 3rd Marquess of Bute.

As you may have worked out, the park named after the fella, whose family resided in some considerable style in the restored castle. 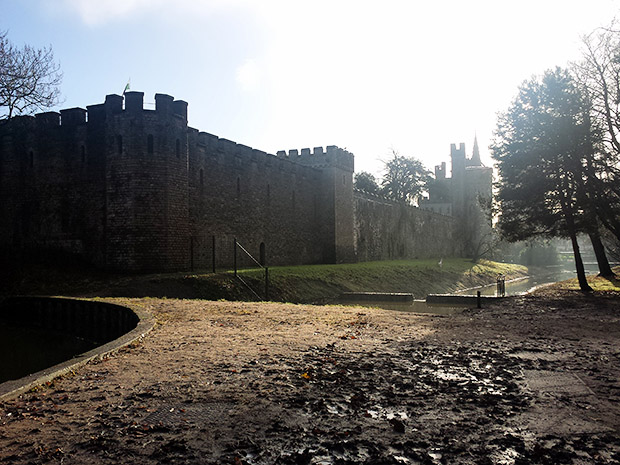 In 1947, oiks and plebs were free to enjoy the park after the 5th Marquess of Bute (Gawd bless ‘im) presented the park to the Council in 1947, and it has stayed in the hands of Cardiff Council ever since. 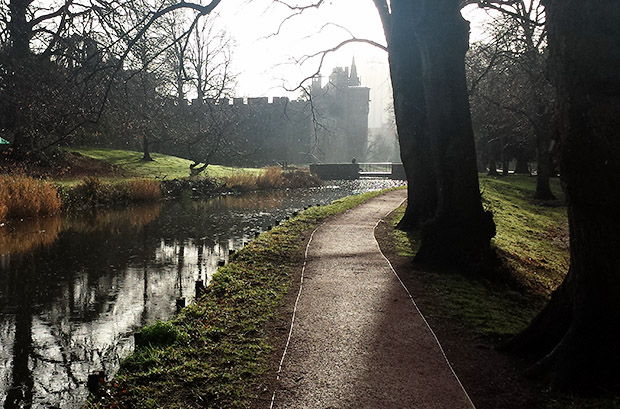 Running along the eastern edge of the park is the the dock feeder canal, which dates back to medieval times. 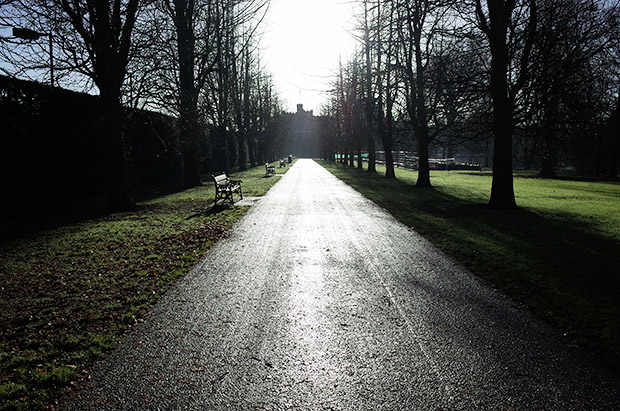 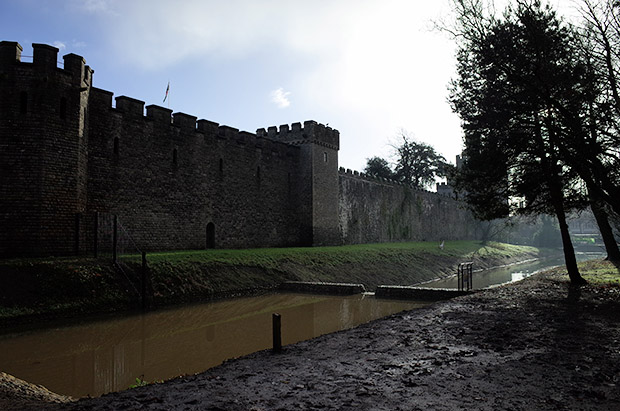 A £3.1m Heritage Lottery Fund grant awarded in 2007 has seen the park enjoy major improvements, including the reintroduction of water to the old castle moat that runs alongside the original 12th century mill stream. 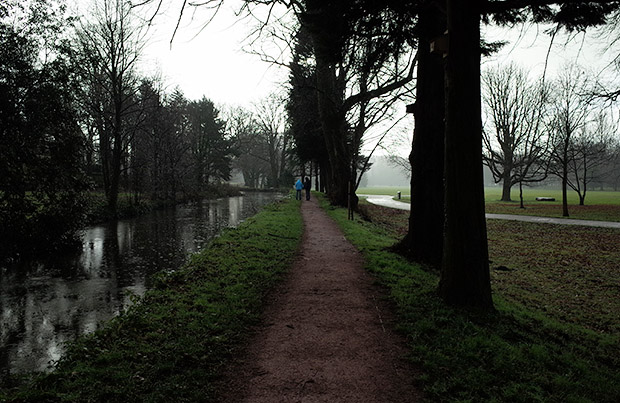 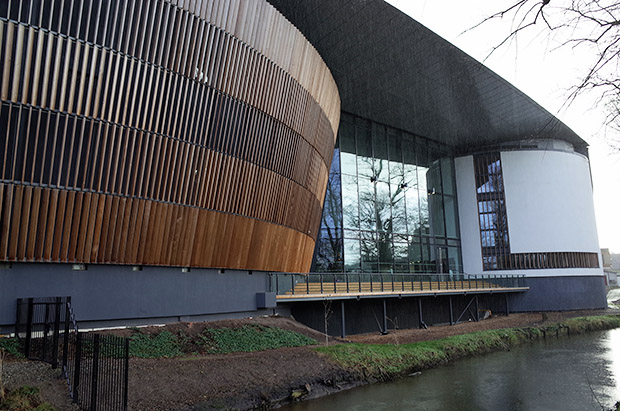 The striking modern lines of the Royal Welsh College of Music & Drama at the north east end of the park. 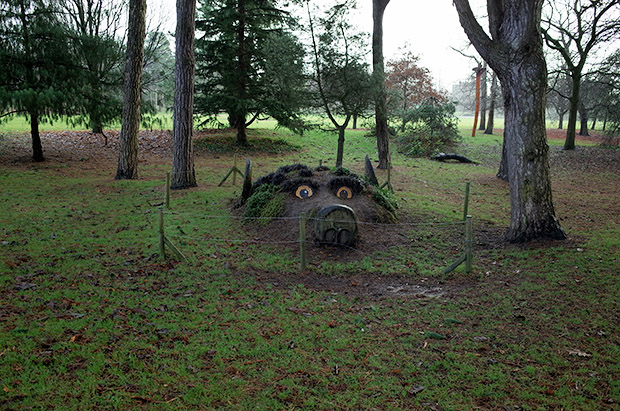 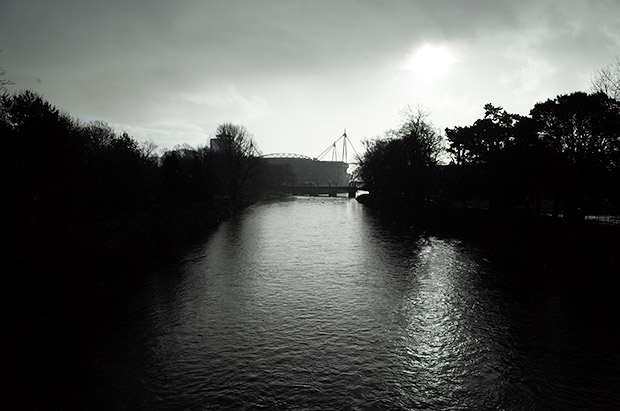 The western side of the park is bordered by the River Taff. Here’s a view looking south, showing the outline of the Millennium Stadium in the distance. 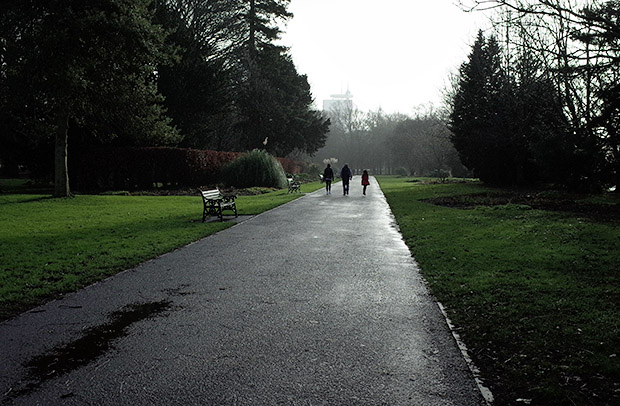 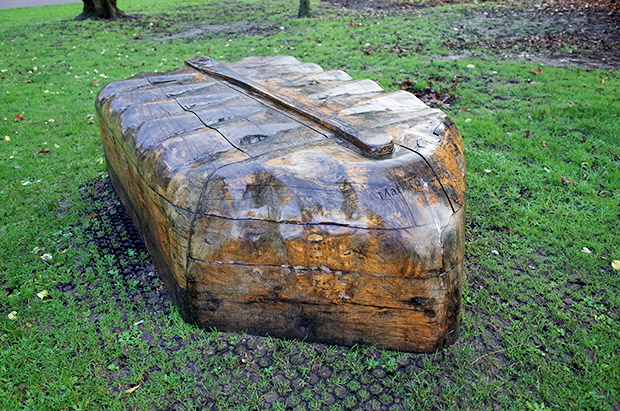 Boat sculpture by the banks of the Taff. 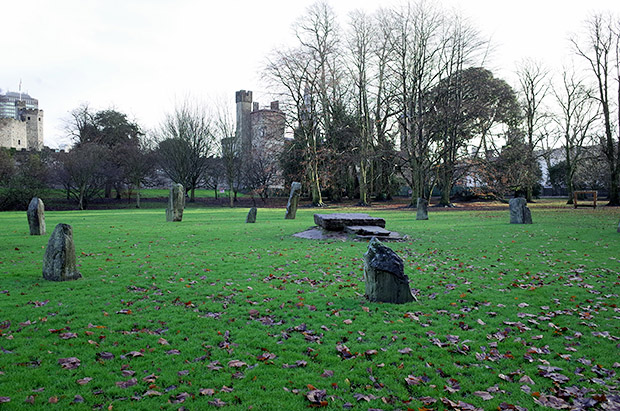 The modern Gorsedd Stone Circle – which is about as ancient as a smartphone –  with Cardiff Castle in the background.

Just before I took this photo, I saw a bloke propose to his girlfriend in the centre of the stone circle – and it looked like she said yes! Aw. 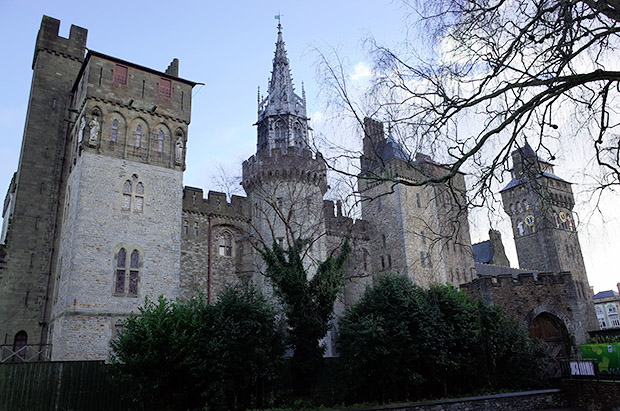 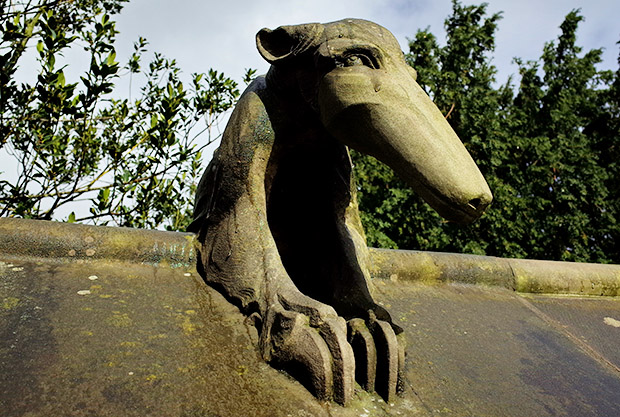 As a kid I was fascinated by these striking stone animal statues which are perched on the Castle Street wall.

Unique to Cardiff and known as the Animal Wall, there are 15 different animals peering over the wall, nine of which are originals from the 1890s, and six of which were commissioned in 1922.

A recent restoration has seen the animals returned to their former glory, with the anteater gettings its nose back and missing glass eyes in the nine original animals replaced. 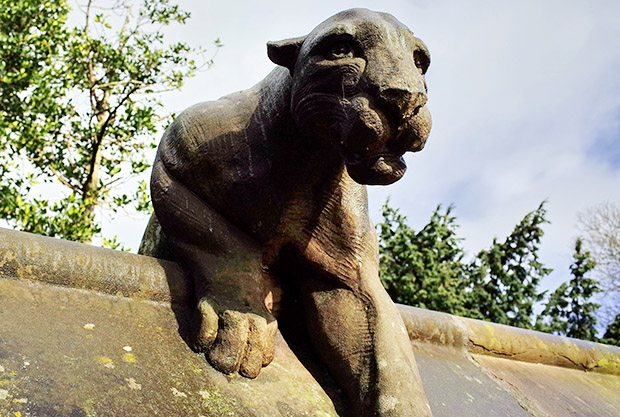 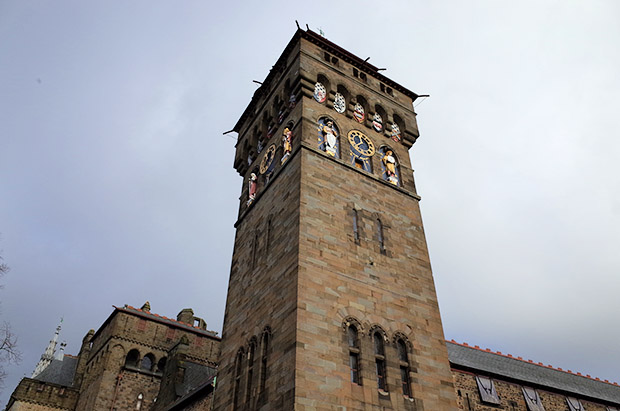 The clock tower of Cardiff Castle.

One Comment on “A walk around Bute Park, in the former grounds of Cardiff Castle, south Wales”