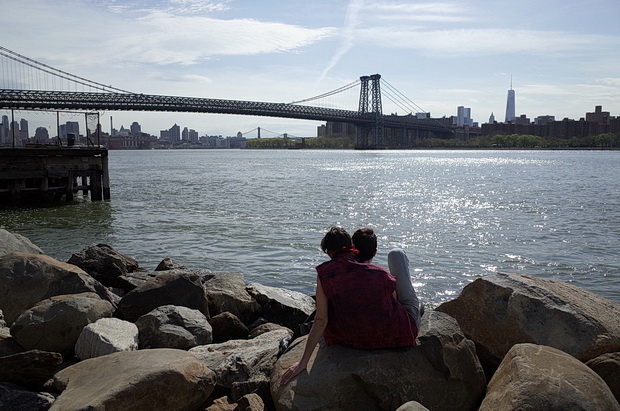 Affording fabulous views of Manhattan across the East River, Grand Ferry Park is a lovely place to pass away a few quiet hours and watch the world go by.

Located between Grand Street, West River Street, and the East River, it’s a small and intimate park that makes a perfect romantic spot to watch the sun go down with a couple of beers. 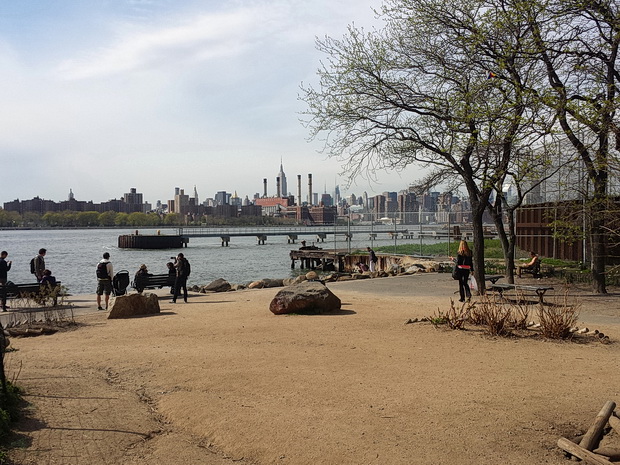 Once a ferry landing serving the growing population of Williamsburg before it became part of Brooklyn, Grand Ferry Park is named after the 19th century Grand Street Ferry, which once carried farm goods and passengers across the East River to Manhattan.

The ferry was the brainchild of real estate speculator Richard Woodhull, who saw the potential in creating a residential suburb across the river from Manhattan.

The ferry started between what is now Metropolitan Avenue in Brooklyn and Corlear’s Hook on the Lower East Side of Manhattan in 1802.

Woodhull bought up 13 acres of land adjoining the ferry landing, but things didn’t go to plan as he was declared bankrupt just four years later.

His property empire may not have flourished, but he is responsible for naming the area,  calling it ‘Williamsburgh’ after Colonel Jonathan Williams (1750-1815), the original surveyor of the site.

He sounds suspiciously of Welsh origin to me, so I’m going to insist that all those hipsters supping coffee around the neighbourhood owe a debt to us Taffies. 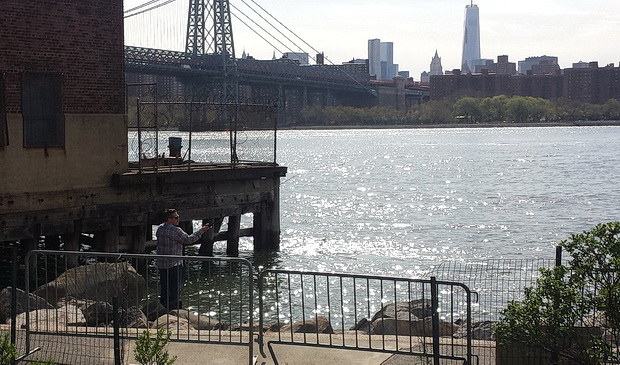 Despite Woodhull’s setback, Williamsburgh proved a hit, with a new steam ferry opening in 1818 attracting more industries, while wealthy professionals frequented the nearby private clubs, beer gardens, and resorts .

With companies like Pfizer Pharmaceutical and the Havermeyers & Elder Sugar Refineries (now Domino Sugar) setting up shop on the waterfront.

Williamsburgh’s population had soared to 31,000 by 1852 when it was chartered as a city.

The City of Brooklyn annexed Williamsburgh three years later (with the “h” in the name later being dropped), and  further expansion occurred with the opening of the Williamsburg Bridge in 1903. 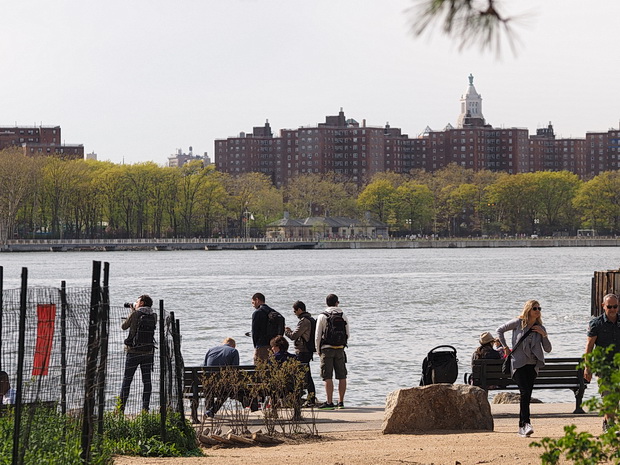 The bridge was used extensively by Eastern European immigrants keen to leave the cramped Lower East Side of Manhattan, with the rise in residents making Williamsburg the most densely populated area of Brooklyn by 1917.

The bridge eventually saw off the ferry service, which closed in 1918, but its legacy was to provide a rare stretch of Williamsburg’s shoreline accessible to the public

An advocacy group called the Parks Council set up an unofficial park in 1974, and 23 years later the 1.55 acres of land was officially transferred to NY Parks. 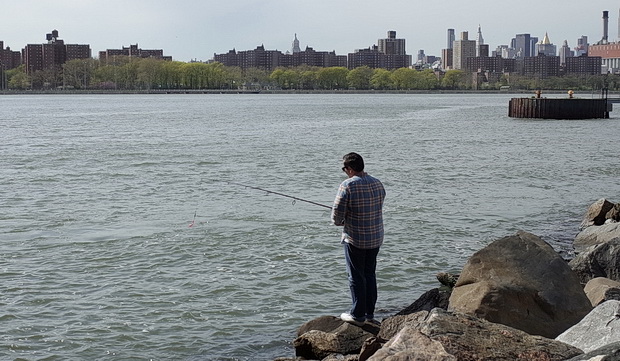 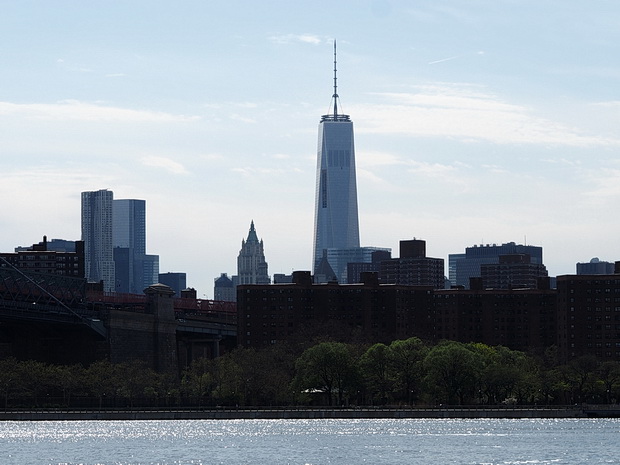 Looking across at the rather bland One World Trade Center tower which replaced the twin towers destroyed in 2011. 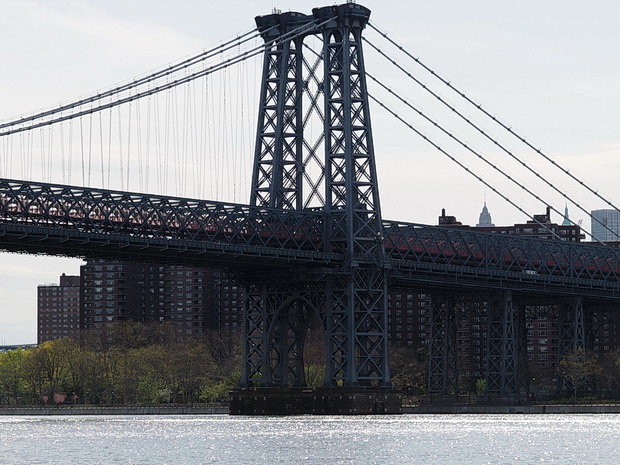 Opened in 1903, the Williamsburg Bridge was the longest suspension bridge in the world, with a span of 1600 feet and a total length of 7308 feet. 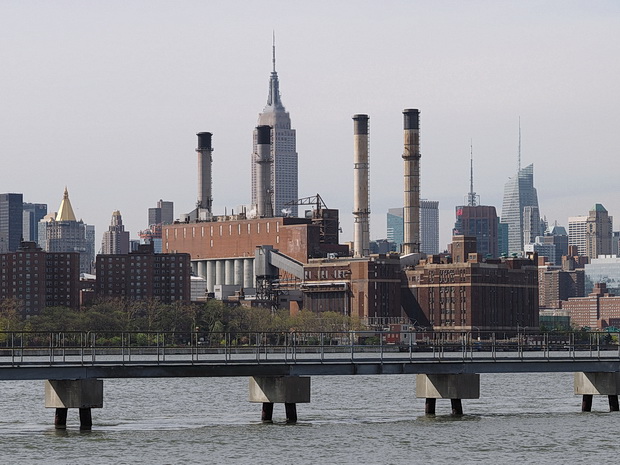 Looking across the East River with the four smokestacks of the power station in the foreground and the Empire State behind. 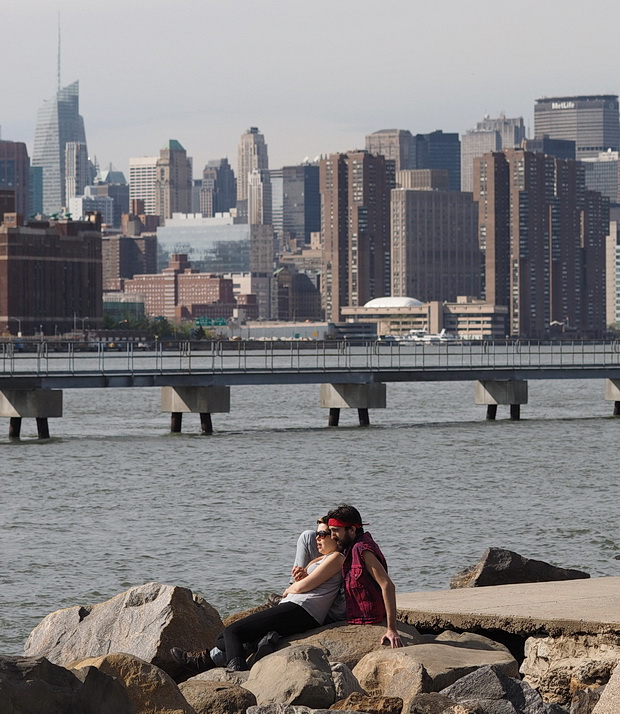 A couple take in the sunshine. 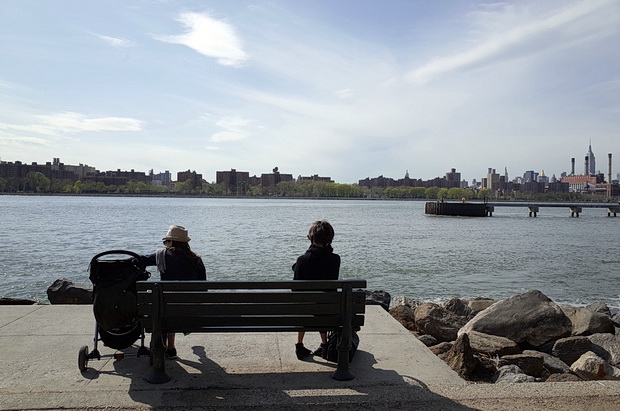 Admiring the view across the East River. 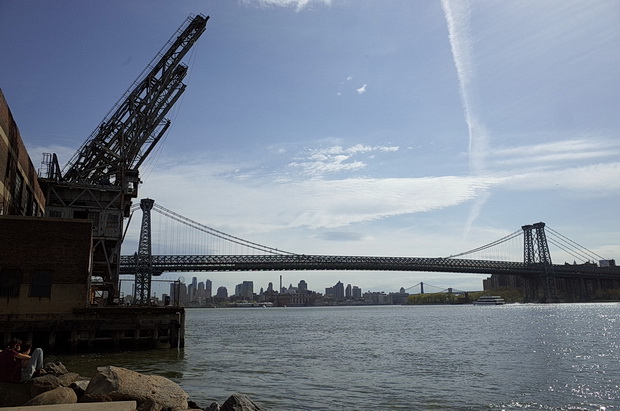 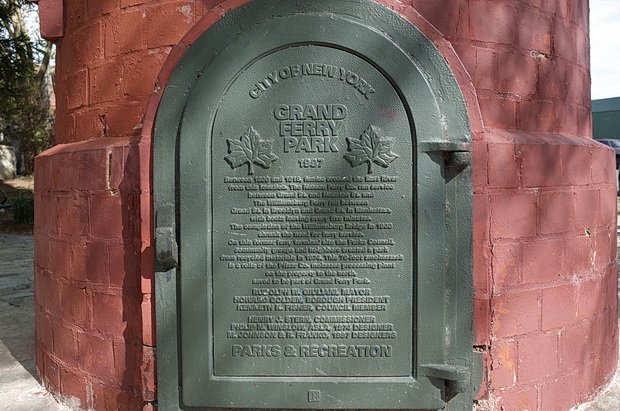 A red brick disused smokestack in the park was part of a Pfizer Pharmaceuticals plant that was instrumental in the large-scale production of penicillin. 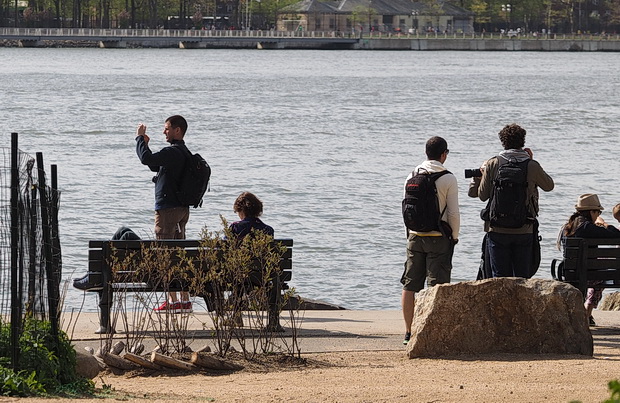 Read more about the park on the NYC parks website.