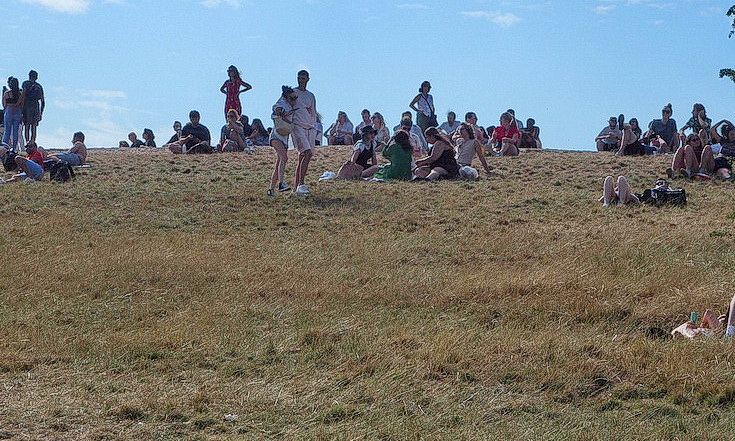 A while back I documented a short walk from King’s Cross to Camden to Regent’s Park, and it’s become one of the most popular articles on this blog.

I’ve since added a short diversion to the route up to the top of Primrose Hill, and the extra bit of effort is rewarded with fantastic panoramic views over central London.

Here’s how it looks: 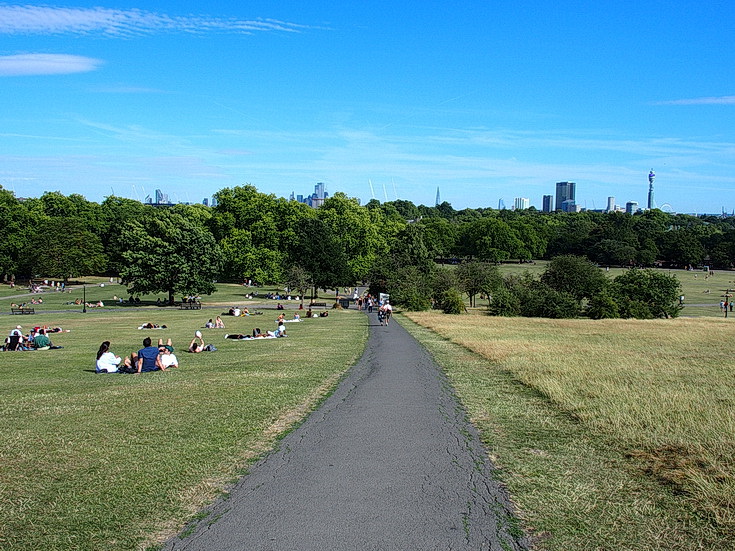 Primrose Hill is a Grade II listed public park, and is  located north of Regent’s Park.

First opening to the public in 1842, it was named after the 64 metres (210 ft) natural hill in the centre of the park, the second highest natural point in the London Borough of Camden. 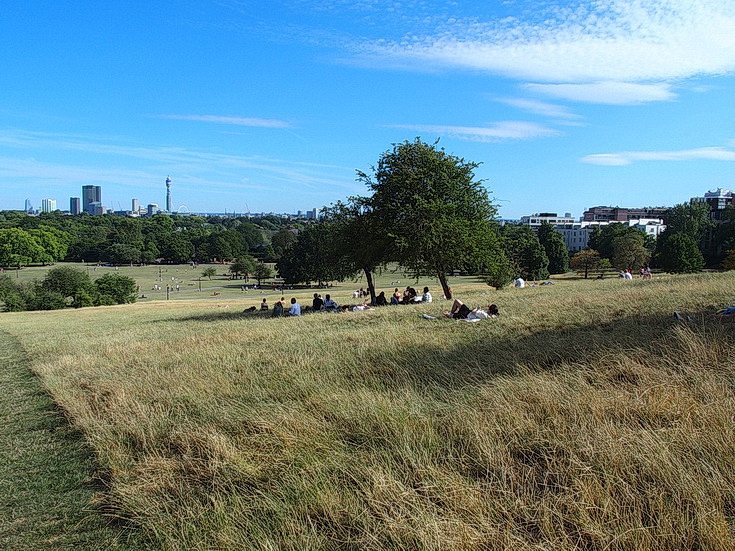 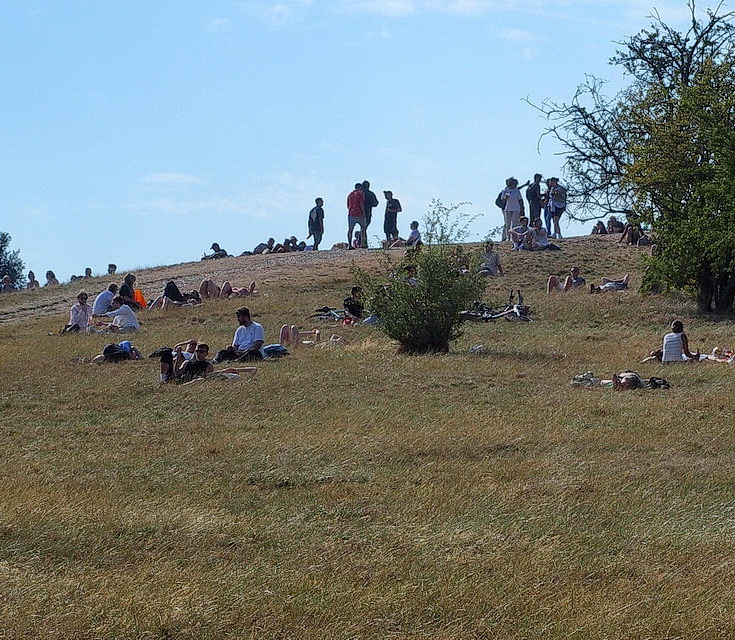 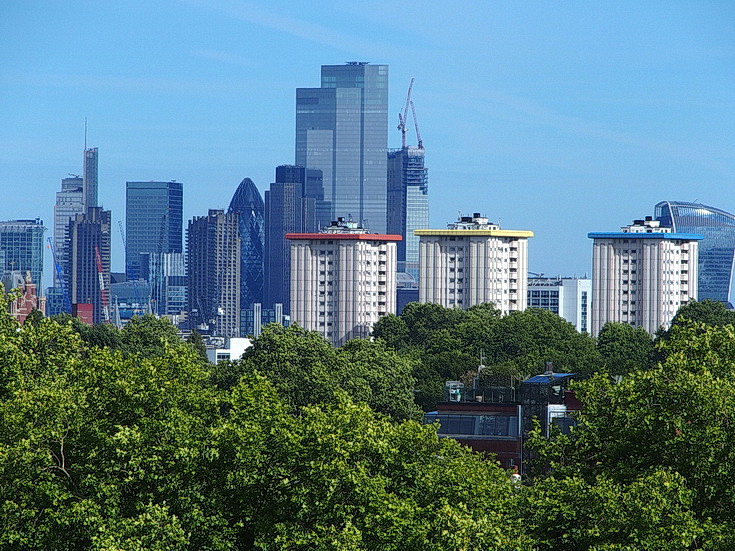 Looking out over the City of London. 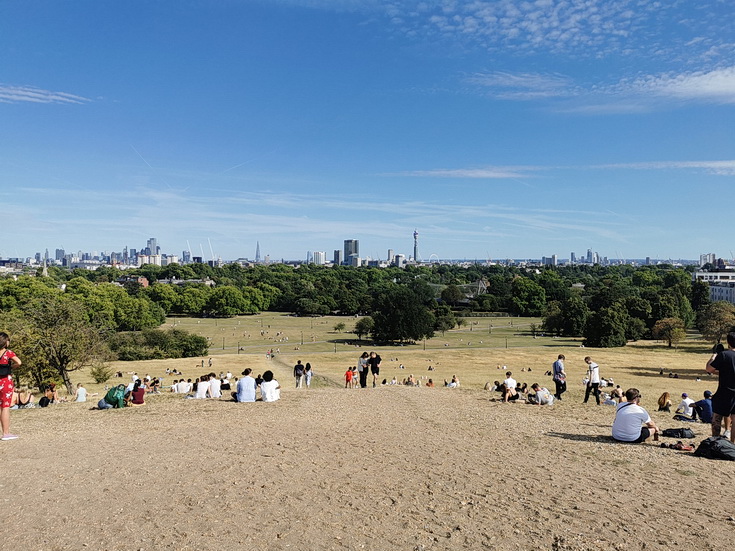 The hill summit has a clear view of central London, as well as Hampstead and Belsize Park to the north and is adorned by an engraved quotation from William Blake, which reads, “I have conversed with the spiritual sun. I saw him on Primrose Hill.” 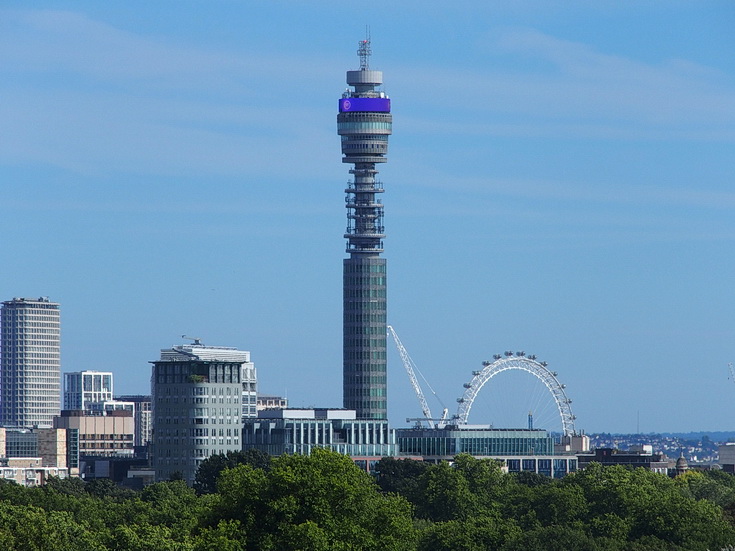 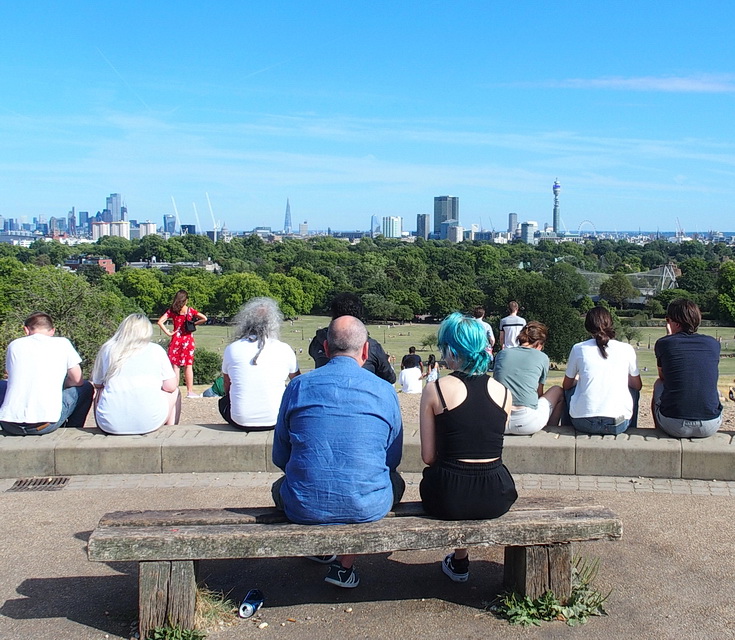 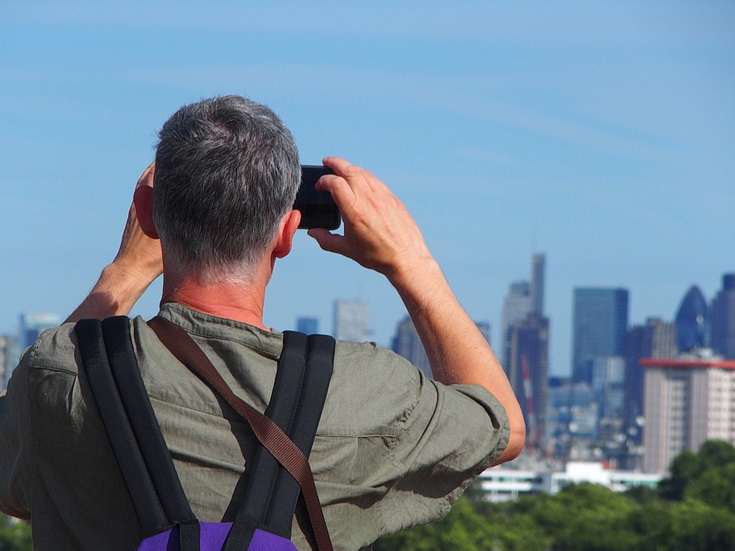 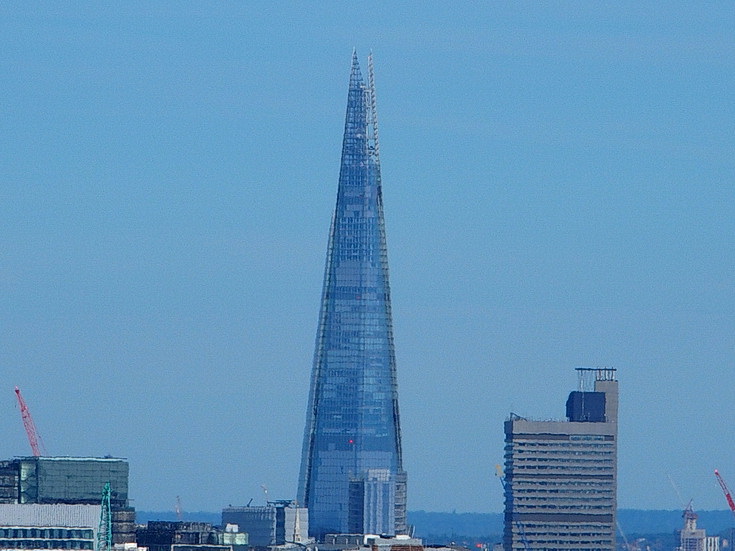 The Shard shimmers in the heat, See photos from the top here. 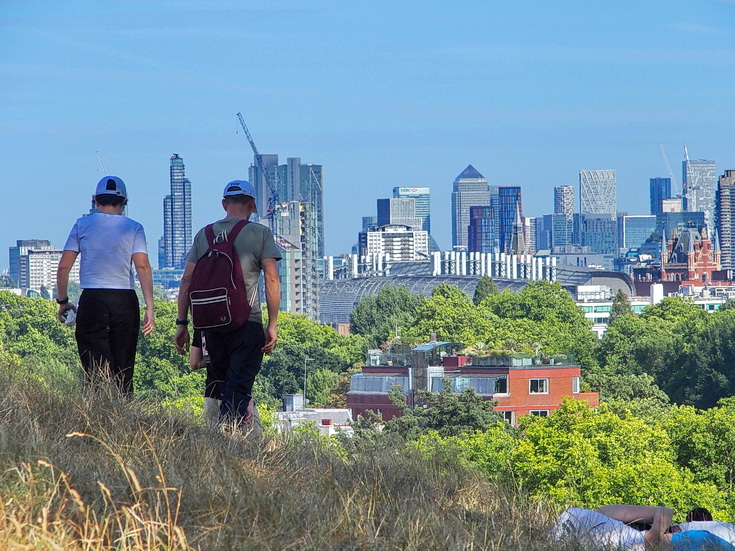 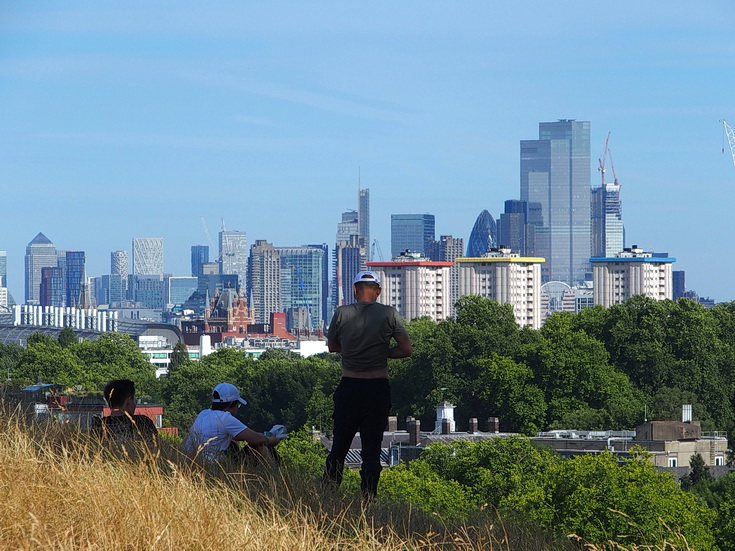 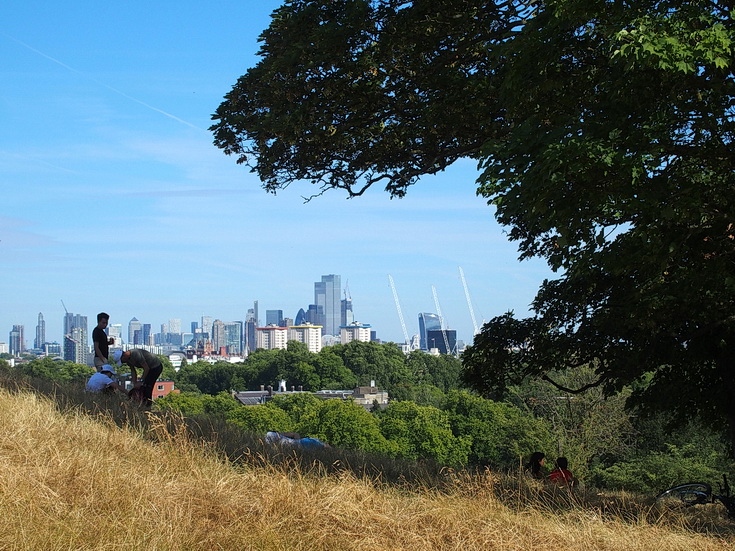 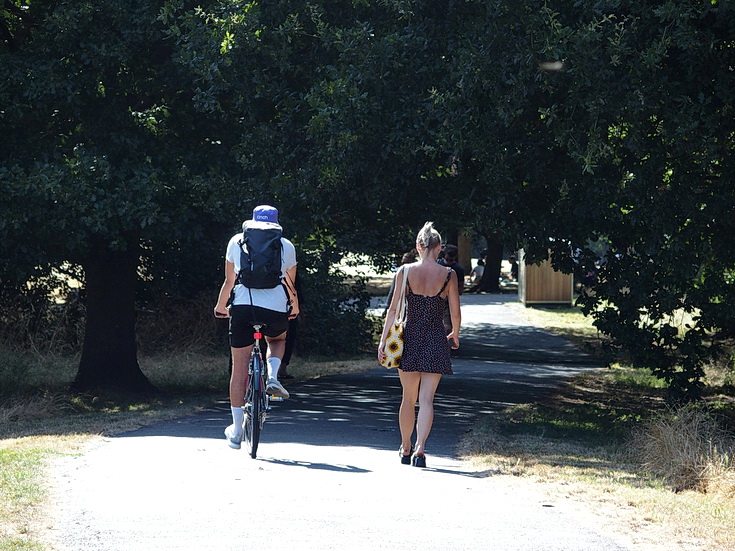 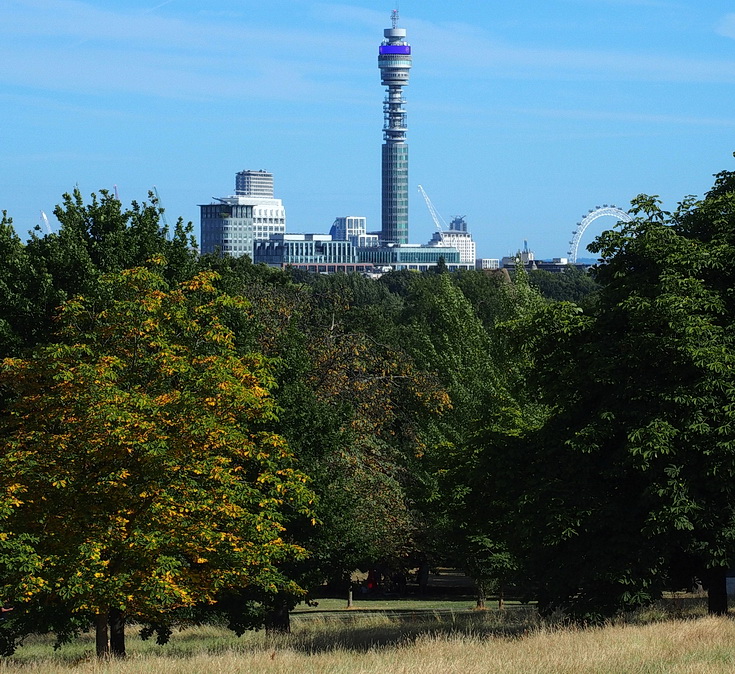 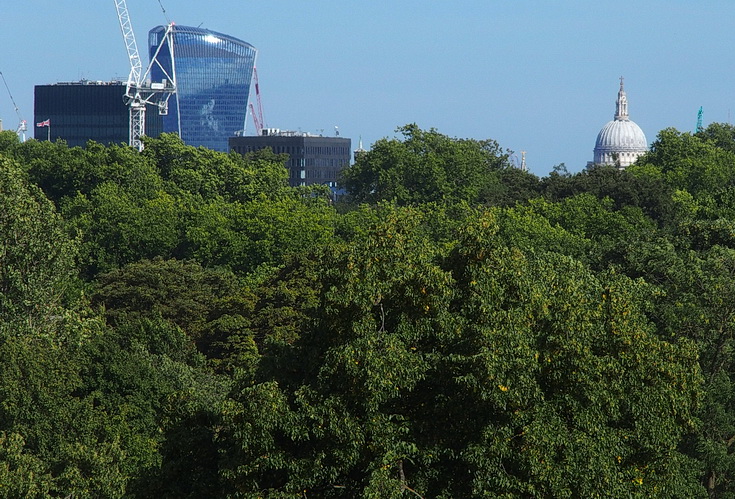 The dome of St Paul’s cathedral can be seen to the right, next to the ‘Walkie Talkie’ building, which famously began melting cars when it was first constructed!

Why not make it part of a wonderful London walk?

Join in with the chat