This was one of those wonderful late night New York moments.

We were waiting for a subway train at First Avenue and heard this amazing busker, who was playing classical tunes on his violin. He performance was so moving, we let several trains go by so we could hear more. 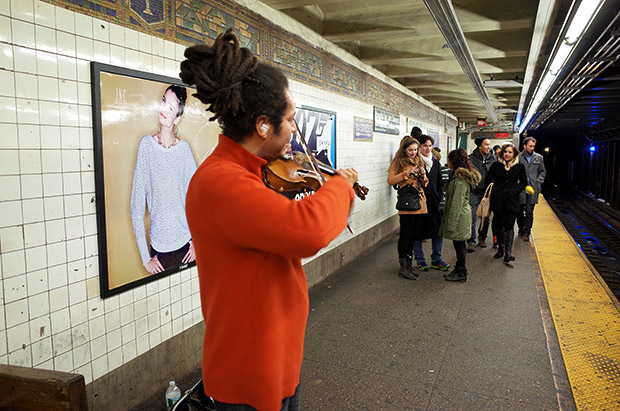 We initially assumed that he was playing to a backing track because we could hear a cello in the background.

However, when I went over to put some money in his case, I realised he was playing along with a cello player on the opposite platform.

The acoustics of the station gave the music a real spine tingling quality. It was beautiful. 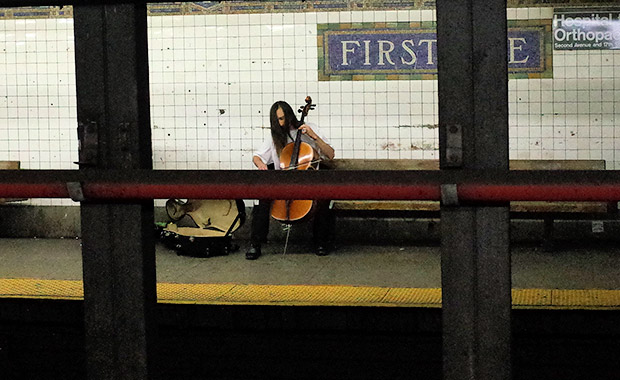 Whenever a train pulled in at either platform, they would continue playing regardless, and even though they clearly couldn’t hear each other over the noise, they’d still be still in perfect time with each other after the train had moved off. 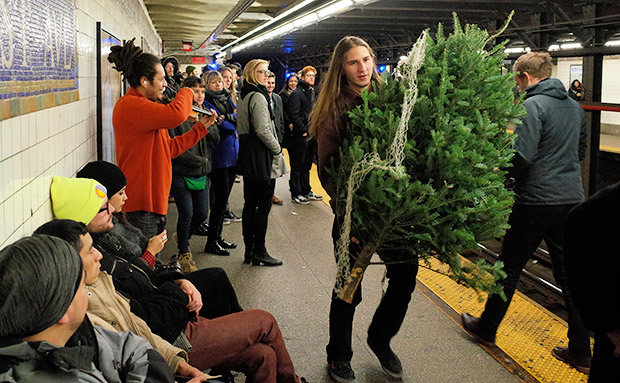 There was nearly an unfestive violin/Christmas tree incident when this fella made his way up the crowded platform. 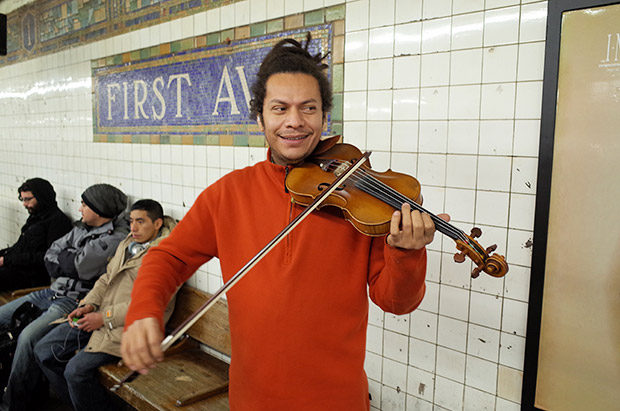