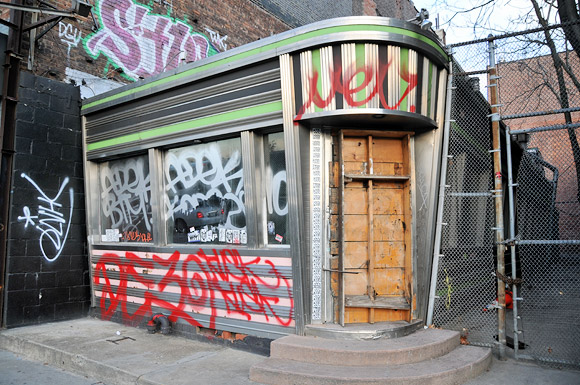 This sad little diner located at 357 West Street in NYC has been closed since 2006. It was originally built sometime in the late 1940’s or early 1950’s by the Kullman Diner Company.

Over the years it has existed under a variety of names including the Terminal Diner, Lunchbox Food and most recently Rib and is situated between an auto repair facility to the left and to the right a building mostly associated with adult entertainment. 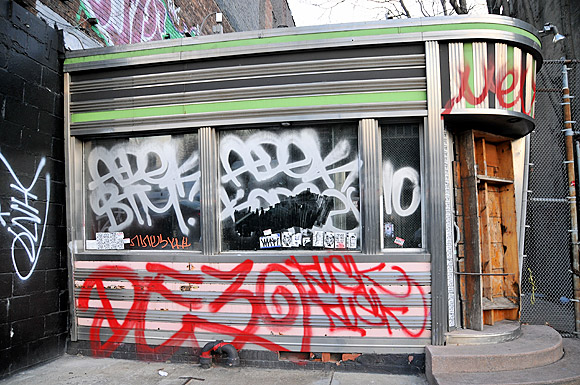 Time appears to have passed this location by.

Located steps away from Manhattan’s West Side Highway with a view of the Hudson River and in the distance the New Jersey waterfront, it is easy to miss this architectural oddity as cars zoom down the highway leaving local foot traffic as the best way to get there. 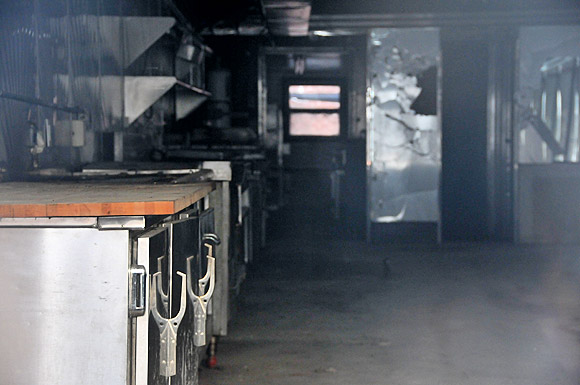 [Looking inside the empty diner, December 2010]

Sadly, the local manufacturing/shipping base which supported the waterfront over the years in long gone.

The area – as with most of Manhattan – is undergoing a transformation and slowly being filled with more and more luxury living. 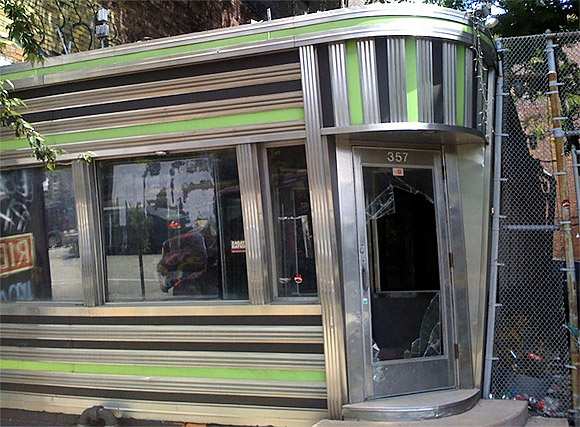 Since the diner was built by the Kullman Diner Company there is interest in rescuing it from the wrecking ball, although that probably means it will be relocated to another part of the country.

Hopefully there will indeed be a future for this little diner. 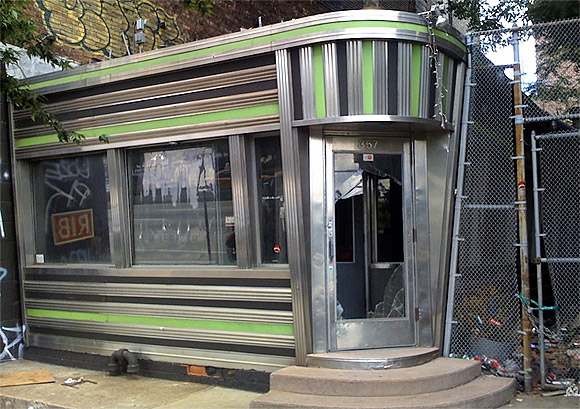