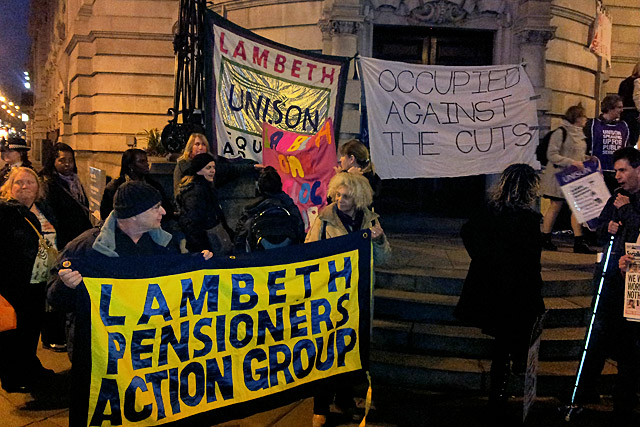 A lively crowd gathered outside Lambeth Town Hall this evening to protest against the huge cuts that Lambeth Council are proposing for a second year running. 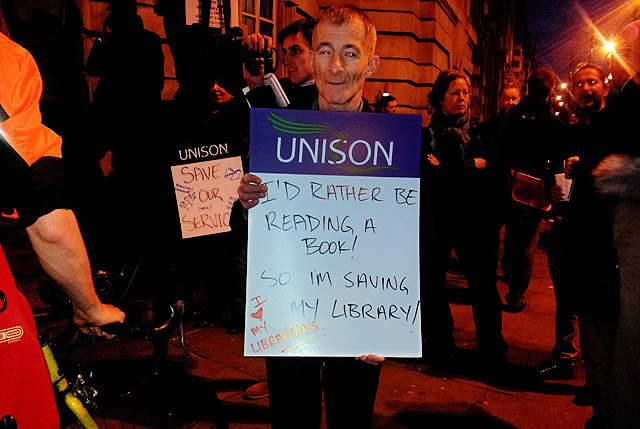 The action was part of a nationwide protest taking place outside Town Halls around the UK (including Southwark and Lewisham), and was supported by a wide variety of groups. 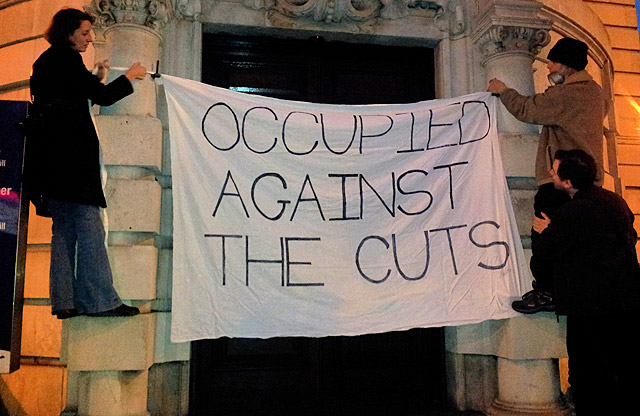 Campaigners were voicing their displeasure at Lambeth’s weak attempts to resist the cuts, and also protesting against the coalition government’s austerity measures that are being forced on communities around the country. 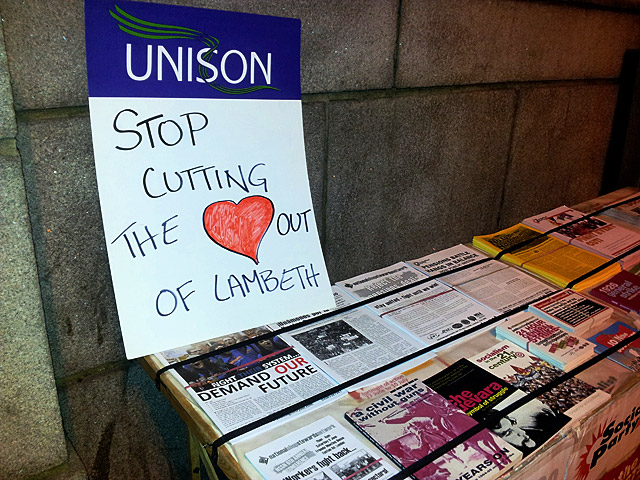 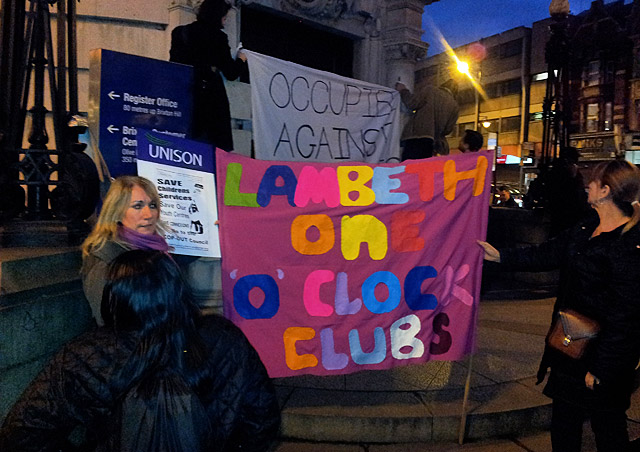 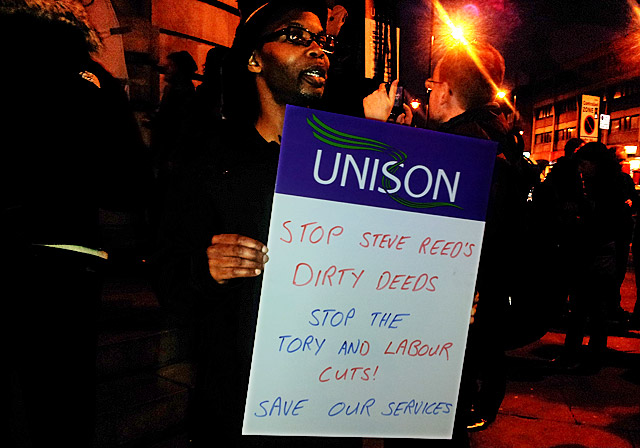 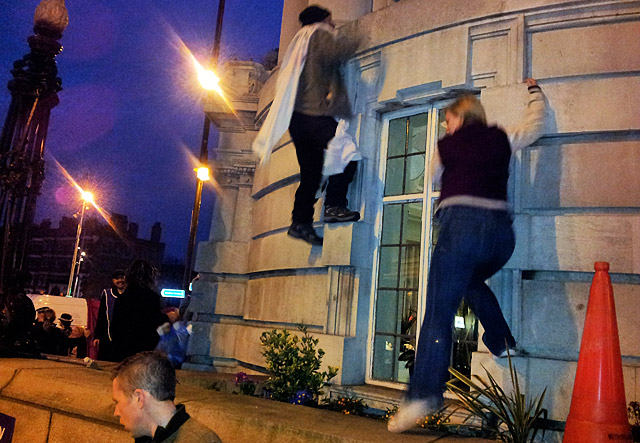 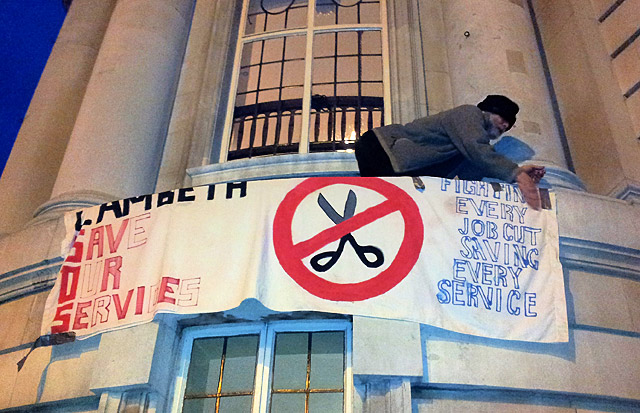 To find out more about the issues, check out lambethsaveourservices.org/