Some more photos from my Saturday stroll: 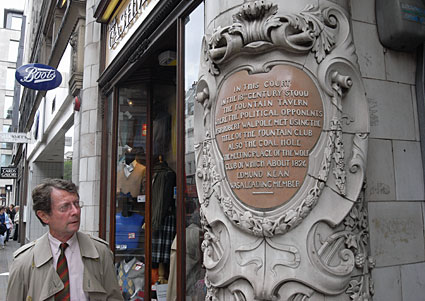 This elaborate piece of punctuation-untroubled stone lettering informs passers by that:

“In this court in the 18th century stood the Fountain Tavern where the political opponents of Sir Robert Walpole met using the title of the Fountain Club, also the Coal Hole the meeting place of the Wolf Club of which about 1826 Edmund Kean was a leading member”.

In case you didn’t know (and I certainly didn’t) external link Edmund Kean (1789- 1833) was an English actor, regarded in his time as the greatest ever.

I’d heard of external link Sir Robert Walpole (1676 – 1745) of course – he was a bigshot statesman in Georgian times. 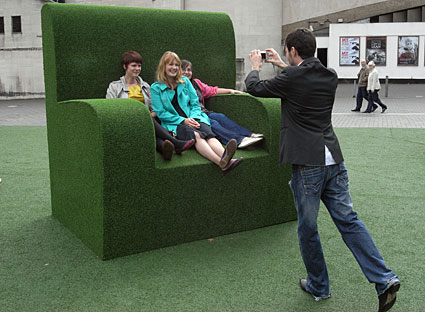 The ‘Armchair Theatre’ space outside the National Theatre. 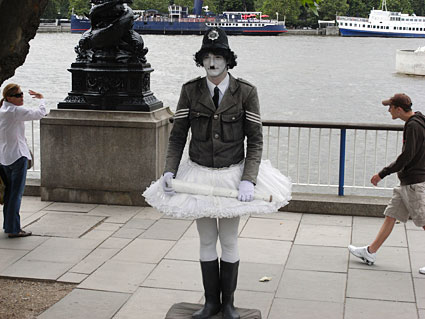 I continue to be baffled by the growing collection of bizarre ‘human statues’ that line the South Bank between Hungerford and Westminster bridges. Why do people do it? And why do people give them money? 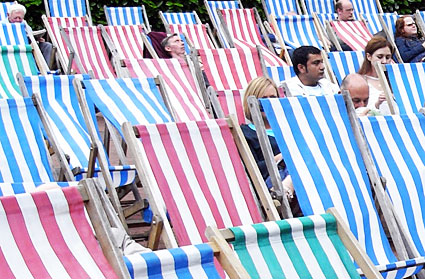 There’s no sign of the sun, but that didn’t stop these folks in Victoria Embankment Gardens.

Art in dingy places: The joy of the Southbank floor mosaics