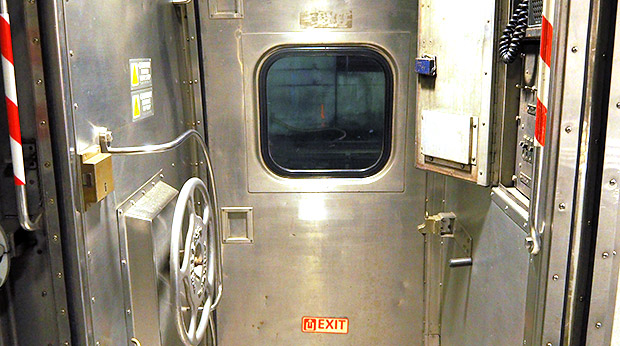 When I was in the US recently, I caught an Amtrak train from Philadelphia to New York and was rather struck by how much like a submarine parts of it looked. 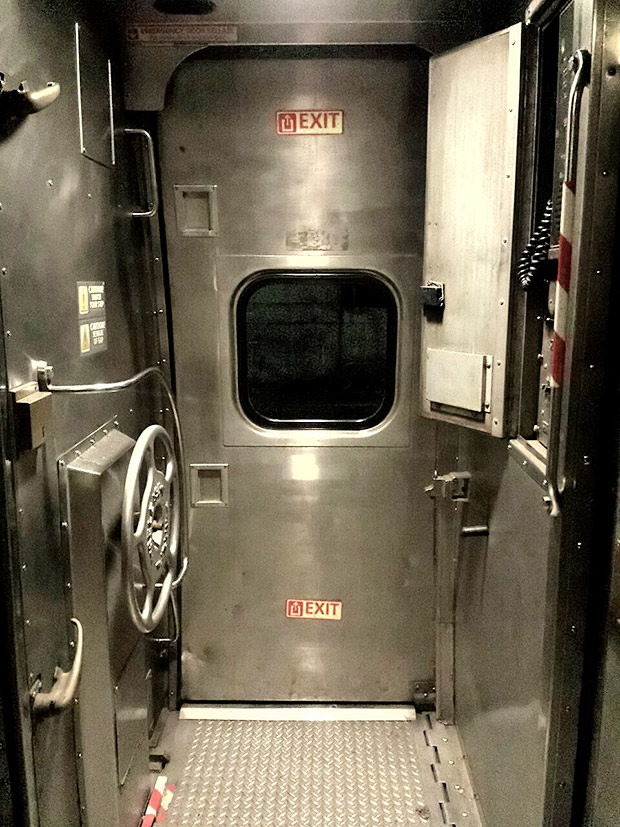 Super shiny in its industrial aluminium finish, there’s even a big metal wheel that looks like it should be used to seal a hatch or release ballast (or something equally nautical). 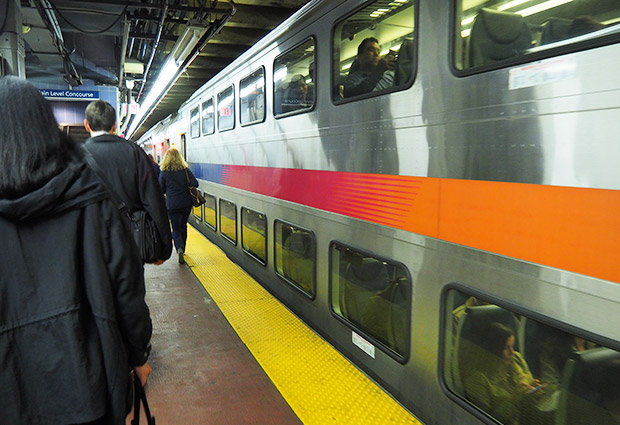 In the States, rail travel seems to be seen as  second class alternative to air, a situation not helped by a bizarre pricing structure that sends fares rocketing skyward depending on the time of day.

But they do have these well cool double decker trains that make the 08.32 from Dorking look exceptionally lame. 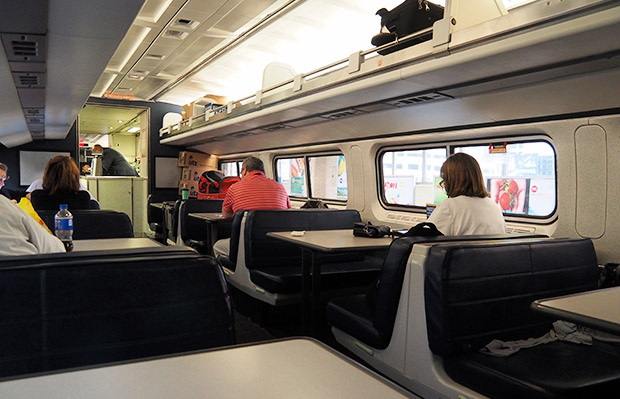 If you’re lucky enough to grab a reasonably priced ticket (hint: be prepared to be very flexible about what time of the day you’re prepared to travel) you’ll be rewarded by near-luxurious conditions.

Vast leather chairs able to accommodate the largest of oversized bottoms are there to welcome you onboard, and in the restaurant car there are tables able to fit the biggest of laptops.

Compared to the cramped conditions of some UK trains (particularly the extra stingy Virgin Pendolino trains), this felt like I was travelling in First Class Plus. 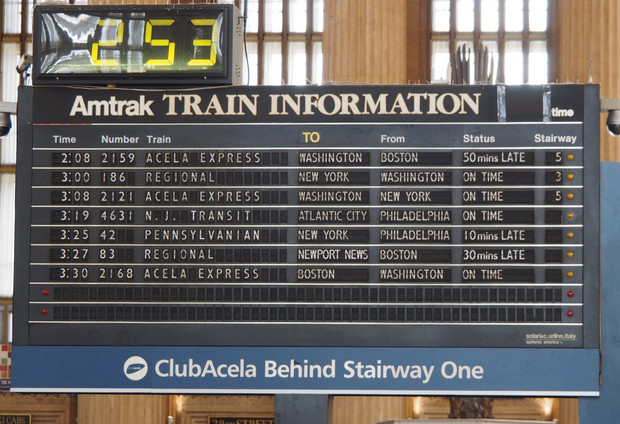 There is a downsize to all this comfort though in that America’s run down rail system is hideously unreliable -a fact not helped by some of the massive distances there trains have to travel.

And much as I love travelling by train, some of the prices are eye wateringly hefty compared to the same journey by plane – unless you’re prepared to travel at odd times to get those rare budget fares.