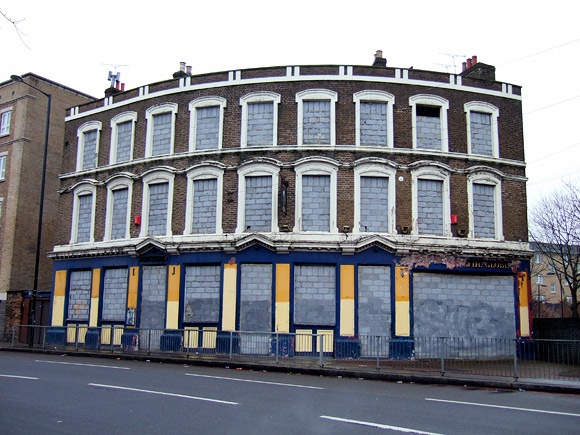 Captured here all bricked up and awaiting its fate is The Globe public house, 107 Tollington Rd, N7 7JH.

A fairly substantial three story building with a gently curved façade, there’s not a lot of information about the pub online.

So far, I’ve only discovered that in 1874 the landlord was James Chessher and in 1944 a Wm Thos Hurrey was manning the pumps – if you know more about the pub or used to drink there, please add your comments to this article. 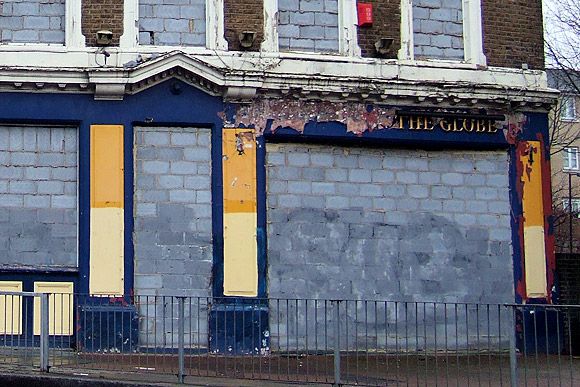 The pub was to last less than a year after this photo was taken in early 2006, with demolition swiftly being followed by the inevitable construction of ‘luxury lifestyle apartments’.

A thread on the urban75 boards asked posters for their memories of The Globe, and the responses seem to suggest that it was something of a “dodgy pub.”

TitanSound: “had a drink in there once a good few years back and was threatened with a glassing within half an hour. Nice place!”

Blossie33: “It was squatted for a while before being demolished – I went to a couple of parties there, maybe five or six years ago (the smell from the toilet area was the worst I’ve ever experienced from any squat, I think things had permeated the carpets!)” 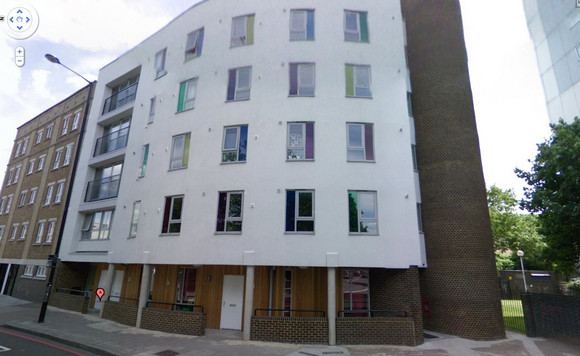 Discuss the Globe pub on our busy bulletin boards