There was a short-lived but suitably outraged reaction from some members on the busy urban75 forums early this morning, when the site’s font switched to the monstrosity that is Comic Sans. 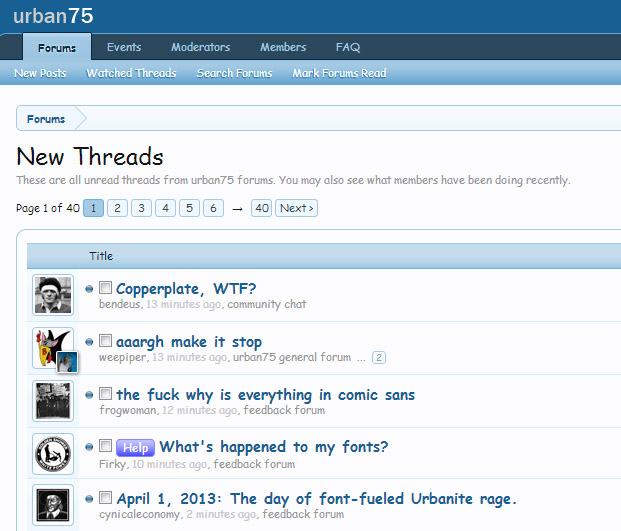 Within seconds, at least six separate threads had started up asking what was going on, with the mods trying to calm down the anger with vague responses like, “It’s a site wide change bringing improved readability all round,” or more technical bluffing along the lines of, “Read this PDF paper. It explains the mods decision.”

Unsurprisingly, quite a few people realised the date and got in on the joke, but it certainly hooked in a few. 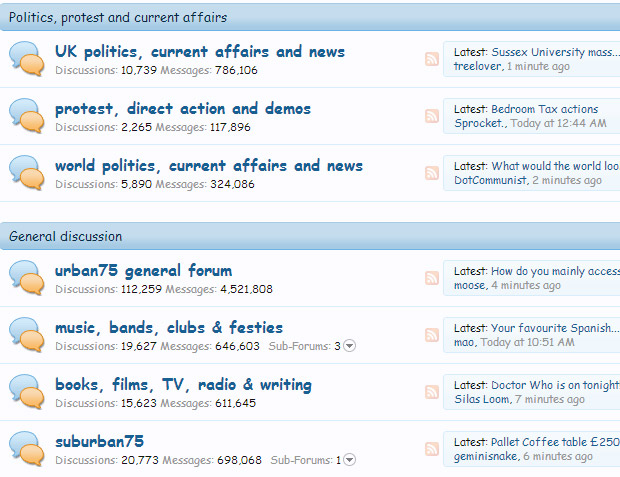 I switched the font back to normal at 2am, but felt it was only right that some of the ‘day shift’ should feel the pain too, so turned Comic Sans back on for half an hour this morning, prompting some users to suggest that this must be down to their ‘style sheet kicking in late’.

Our techie mainman briefly indulged himself further, adding a script that randomly turned pages upside down or made them wobble or tilt at a jaunty angle.

One Comment on “April Fools on urban75: an attack of the Comic Sans”