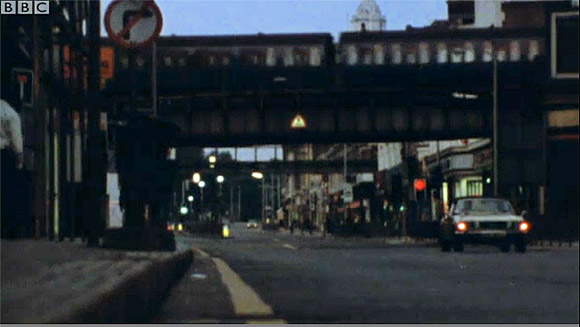 Naturally, Brixton features prominently in the story, and I managed to bag a few screengrabs from the programme which included some local street footage from the late 1970s/early 1980s.

In the photo above, you can see Brixton Road looking south. The top of Lambeth Town Hall can be seen to the right above the railway bridge, while the long-since vanished footbridge is in the middle distance. 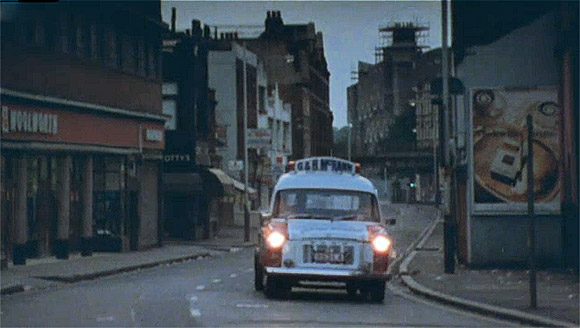 Looking east along Coldharbour Lane from close to the junction with Brixton Road.

In the distance  can be seen scaffolding around the top of the then-unfinished Barrier Block (Southwyck House), while the entrance to Woolworths is on the left.

The Brixton Woolworths was one of the company’s larger UK stores, with other entrances on both Brixton Road and Electric Lane.

By the 1990s the store had reduced considerably in size, before finally closing for good in early 2009. 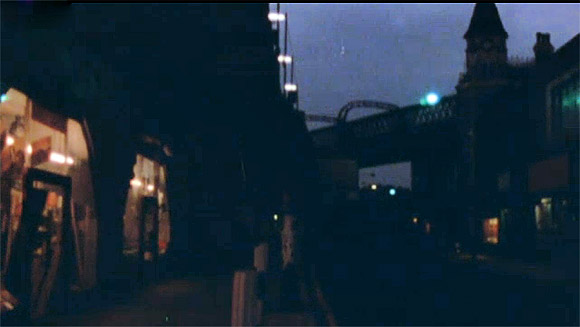 A rather murky night scene looking up Atlantic Road towards Coldharbour Lane.

The lights above  the shops belong to Brixton railway station, while the six sided clock tower of the legendary Railway Hotel/Brady’s bar can be seen silhouetted against the night sky. The ornate railway bridge has since been rebuilt – here’s a better view of it with Michael Caine walking past in a scene from the seminal 60s movie, ‘Alfie.’. 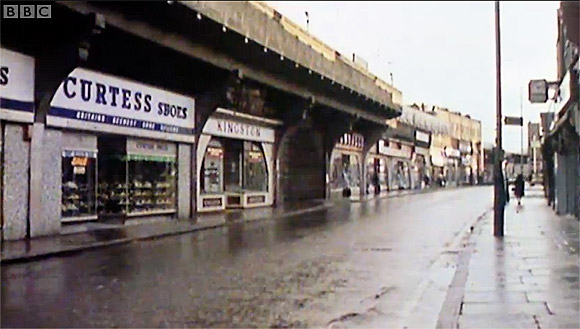 A day time view of Atlantic Road,  looking towards the junction with towards Coldharbour Lane. There seems to have been a lot of shoe shops in Brixton in the 70s/80s! 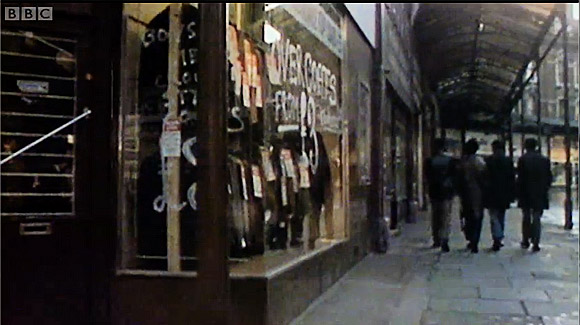 Corner of Atlantic Road and Electric Avenue, with a tantalising glimpse of the street’s once famous cast iron canopies which ran the entire length of the street.

The corner shop nearest the camera – advertising ‘overcoats from £3’ – now serves as a fruit and veg store, with the building above being in a very poor state. 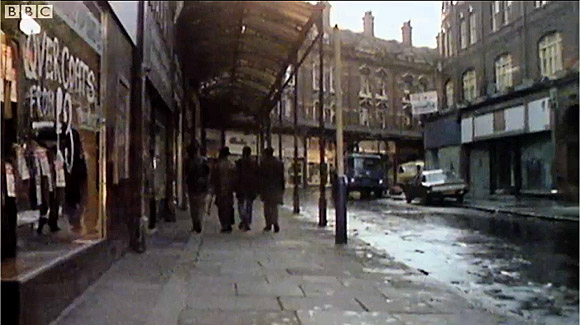 Another view of Electric Avenue. You can see that the canopies on the right hand side of the road have already been demolished, and the shops look in a bit of a state

Sadly, all of the canopies have now been removed, although if you look hard enough, you can still see bits of the original cast iron supports above the shops. 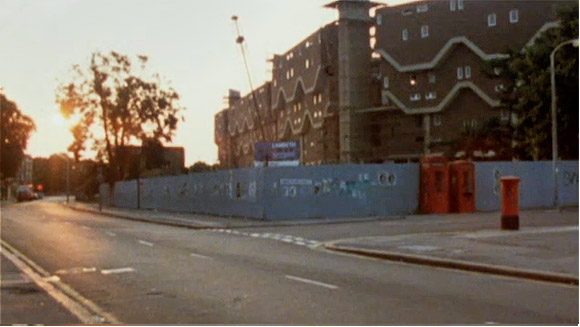 Two more views of the Barrier Block, with Somerleyton Road to the right. The phone boxes and letter box are still there. 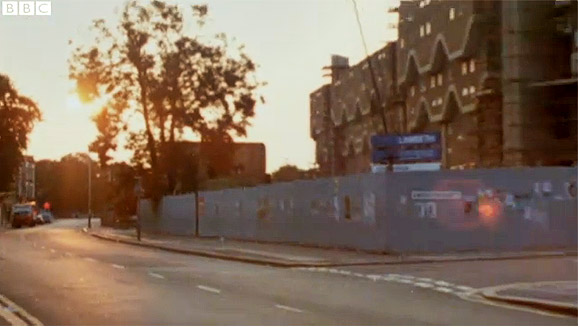 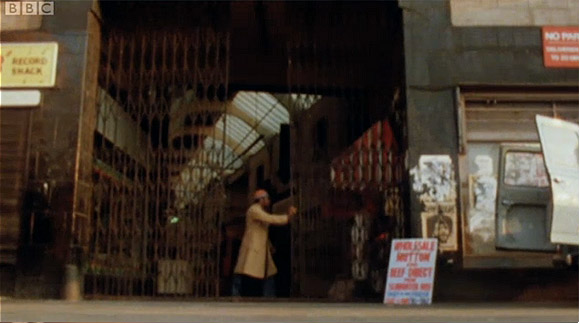 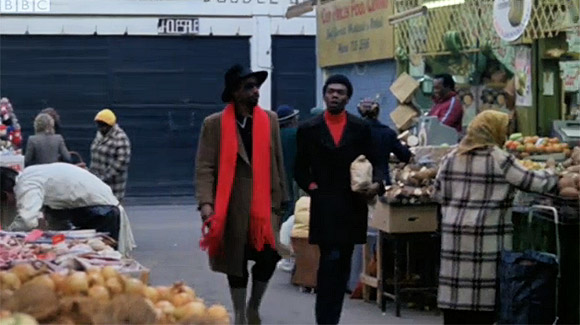 A final photo taken from the excellent Babylon film of 1980 showing a scene inside the arcade.