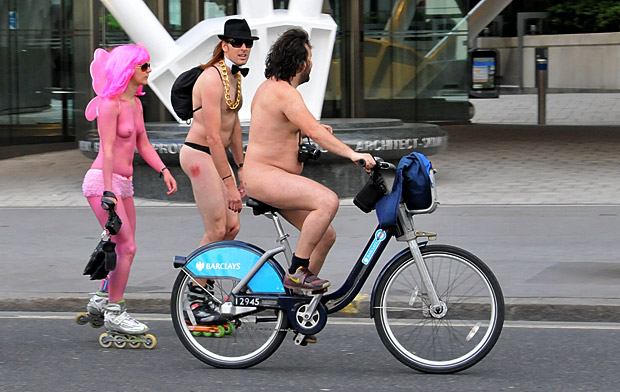 Those lucky bastards in trendy East London are set to enjoy the benefits of Barclays bikes, as the hire scheme extends into Tower Hamlets, including Canary Wharf and North Shoreditch in Hackney, this Thursday. 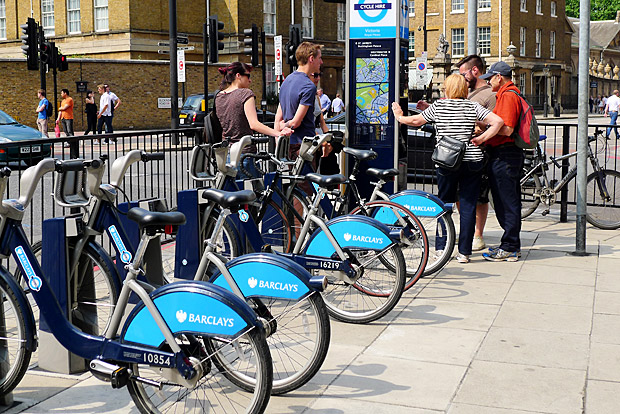 The scheme will also be extended as far west as Westfield White City in West London, while the good denizens of Brixton will still be forced to strut as far north as Kennington to hop on a Boris Bike – despite a local campaign to Bring the Bikes to Brixton.

The new docking points will go live this Thursday morning, so expect to see loads of bankers – I said bankers – busy pedalling around Canary Wharf. 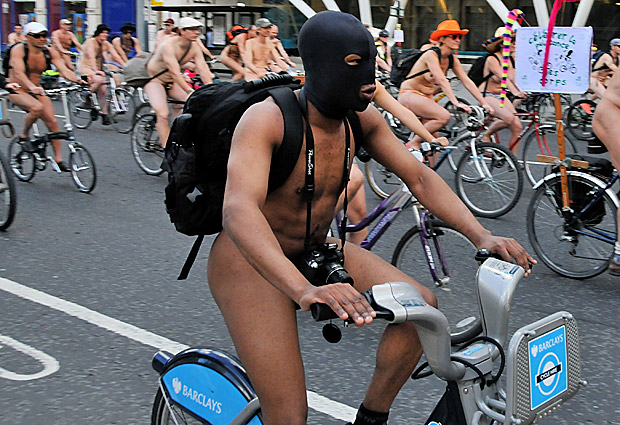 Ashok Vaswani, CEO of Barclays UK Retail and Business Banking, was on hand to big up the cycling scheme last month:

Barclays Cycle Hire has undoubtedly been a huge success and the extension to east London will mean even more people will benefit from this bold and pioneering initiative.

Barclays Cycle Hire now reaches our global headquarters in Canary Wharf so we are excited about the opportunity to mobilise our colleagues in the Capital. This scheme is a demonstrable example of our commitment to the communities in which we serve. 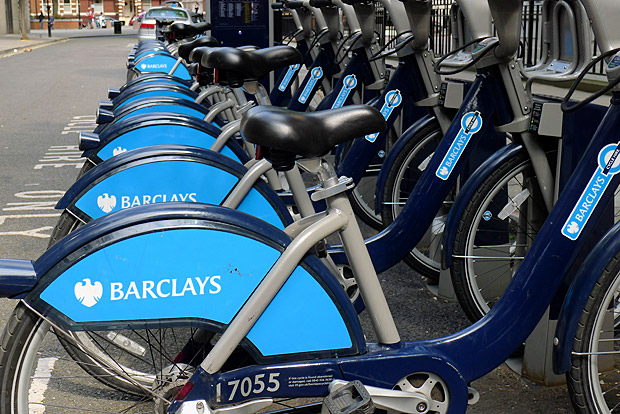 Transport for London has recently been dishing out a feast of facts about the cycling scheme, noting that 10 million trips had been completed on the bikes since the scheme was launched in July 2010.

Of that total, 7.7 million trips were made by 150,000 members signed up to the scheme, with a further 2.1 million trips made by casual users, who were able to hop on to the bikes from December 2010.

Make it come to Brixton, Boris

I’m a big fan of the cycling scheme – it’s a real joy being able to jump on a bike to get around town – but the fact that it refuses to come as far south as Brixton is proving really annoying – particularly in light of the endless weekend Victoria line closures.

2 Comments on “Barclays Boris Bikes go east and west this Thursday, Brixton left out in the cold”