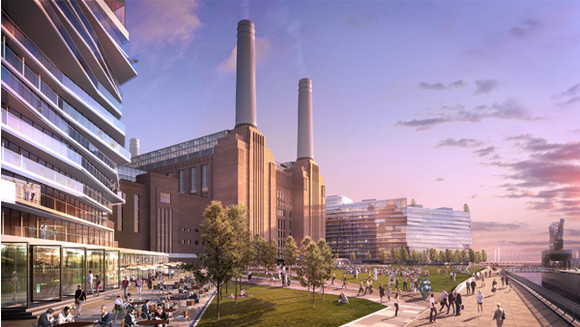 The long, long running saga of the Battersea Power Station redevelopment has taken many turns.

Over the years, all manner of ambitious plans have been presented in super-glossy leaflets backed by king-size Airfix models, all of which have  ended up in the bin sooner or later. 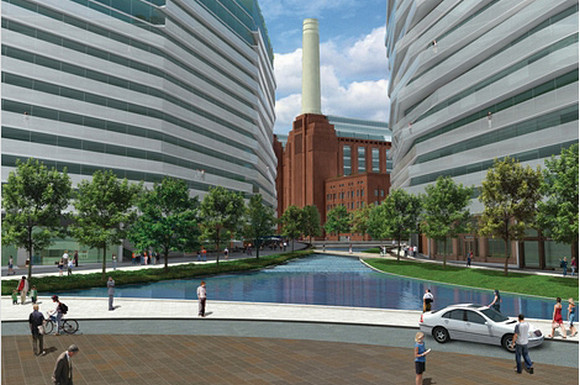 The latest £5.5 billion redevelopment proposal by Real Estate Opportunities (REO), serves up a pile of shiny office buildings all around the iconic power station.

Architect Rafael Viñoly insists that the new development will lead to the creation of 3,400 new homes and 330,000sq m of commercial space, with a hotel, shops, offices, and “one of the largest ballrooms in London” lobbed into the mix. 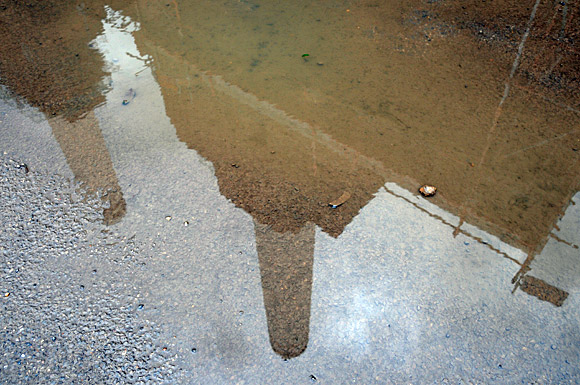 The two turbine halls will be converted into event and exhibition spaces, the four beyond repair concrete chimneys smashed to tiny pieces and rebuilt, but there’ll be a sad fate for the Grade II-listed pumping station on the site perimeter which will be demolished ne’er to return. 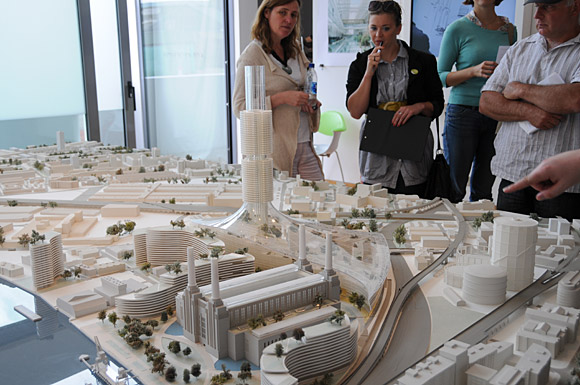 Visitors to the power station site in July 2008 check out an earlier, rather flamboyant redevelopment scheme  that was soon to be dumped.

A major factor in Wandsworth council approving the plans is REO’s commitment to shell out £220m towards the cost of a Northern line extension from Kennington.

This will see the creation of a terminus at the power station new station at an intermediate stop at Nine Elms, with a riverbus pier and improved bus connections backing up the improved transport proposals. 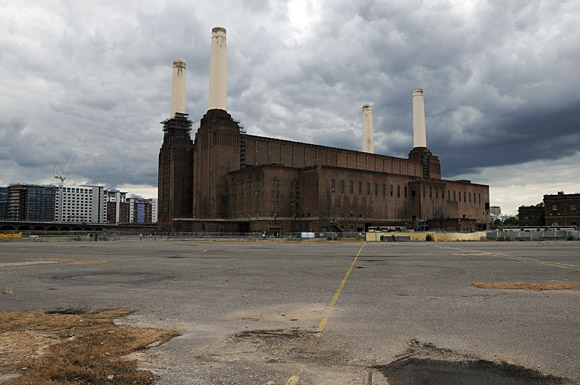 The Battersea Power Station User Group clearly won’t be too chuffed at the plans being approved.

Here’s their press release from the 8th November:

If it were ever built, the Power station would be obscured by massive blocks of luxury flats and hotels. The Power Station will be altered with changes that will spoil the Grade 2* listed building with windows in the side walls, 1950s control room dismantled, new false ceilings in the main turbine hall, pods for penthouses covering the roofs and chimneys demolished and replaced by replicas (as if). Out of 3700 flats, only about 500 to be part buy/part let (so called “affordable”). The Grade 2 listed Battersea Water Pumping Station will be destroyed completely “in the public’s interest”. Any gain of public open space is unusable as it will be lakes and moats to reflect views of Power Station, as if there isn’t enough water with the Thames flowing past….

The most important thing to consider is the imminent bankruptcy of REO with their shares worthless at £2.99 pence each and the toxic bank of Ireland NAMA becoming insistent on the repayment of loans and their directive not to pay out dividends to shareholders like Victor Wang the previous owner. The talk of a partner in a sovereign wealth fund pension fund or Sultan of Brunei must all be taken as unlikely. REO’s offer of £200million towards the tube line and stations, which will only serve their development, has 2 problems: 1) the tube will cost £4 billion, 2) no one else wants to fund it as it goes nowhere!

Developers including REO have many ways of getting around conditions that supposedly protect the building. One seemingly insurmountable condition is that which demands the Tube line and 2 stations are built before the development goes ahead. Before the Tube is built it will be OK for the Battersea Power Station chimneys to be demolished. This is a key factor to demolish the entire building by stealth and then sell the site with a planning permission that may end up with all the Power Station being demolished in the future under a new owner. If you doubt me look at their land holding around the Power Station everything that was permitted to be demolished has been destroyed and the Power station is the last obstacle to a massive profit with luxury flats next to the Thames in place of the Power Station.

Check out the photos from my 2008 trip to the power station here.