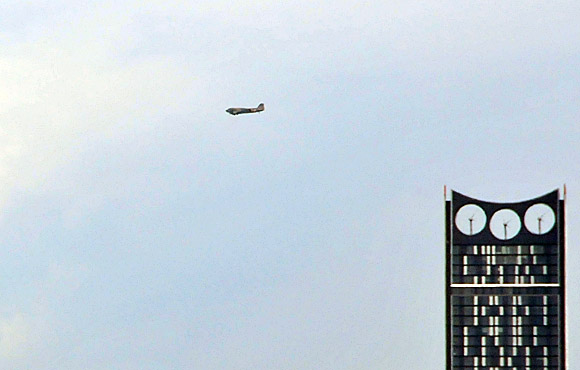 Apologies for the shonky photos – trying to capture the Battle of Britain flypast over St Paul’s reminded me of just how small the World War 2 aircraft were – especially the iconic Spitfire which appeared as a tiny speck in the sky from Brixton.

It’s important to remember the contribution and sacrifice made by those brave pilots during those dark times, so here’s my (fairly hopeless) photo tribute.

Above, you can see a Dakota flying past the Strata tower, in Elephant and Castle. 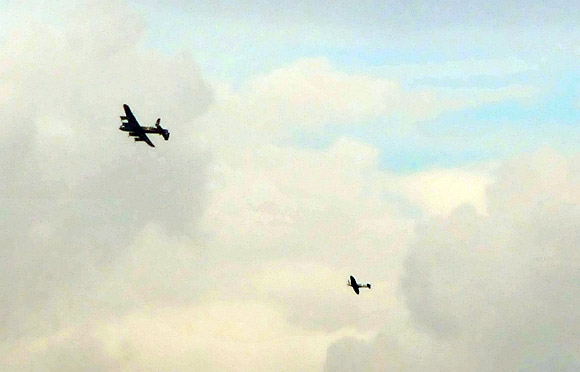 A Lancaster bomber and tiny Spitfire in the skies of London. 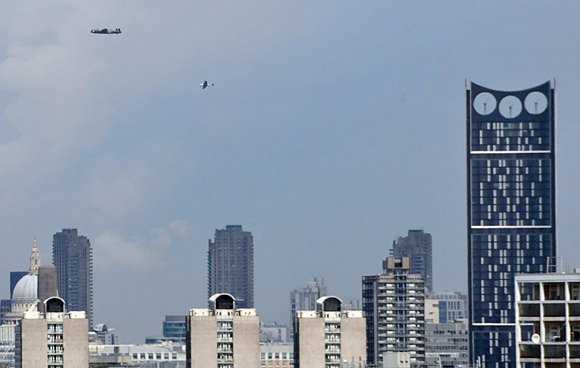 Flying over the Barbican towers, with the dome of St Paul’s Cathedral visible to the left.

Marking the 70th anniversary of the German ‘blitz’ bombing campaign, a remembrance service  was taking place in the cathedral, with pilots, firefighters, nurses and ambulance workers attending. 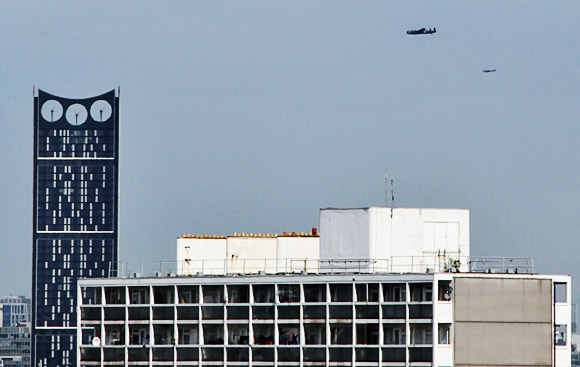 The Shard and stormy skies over London, as seen from Brixton