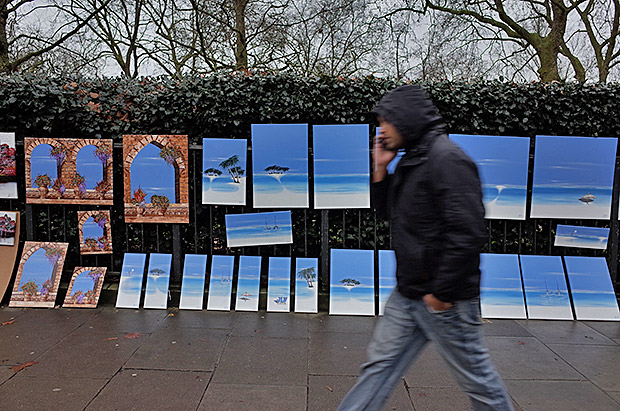 Here’s a  small set of photos from a rainy London weekend. Above, a man passes a collection of beach paintings hung on the railings of Green Park, on Piccadilly. The artist sagely kept out of the cold by positioning himself in a parked car opposite. 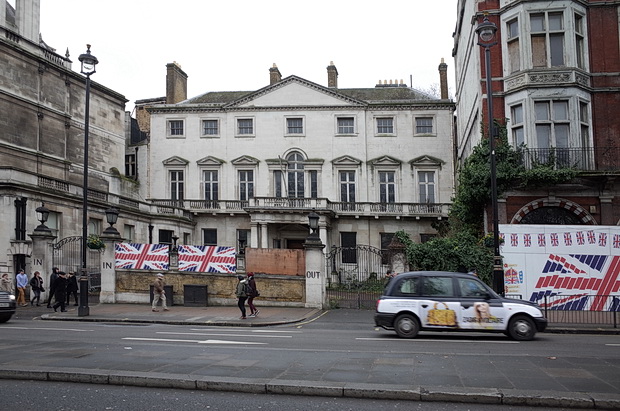 This fine mansion at 94 Piccadilly has been empty for years. Cambridge House used to be home to the Naval and Military Club (also known as The In & Out because of the signs on the entrances).

The private members club was founded in 1862 and is now located in St. James’s Square, London and was open to officers and gentlemen of the British Armed Forces. It has latterly admitted some female members. 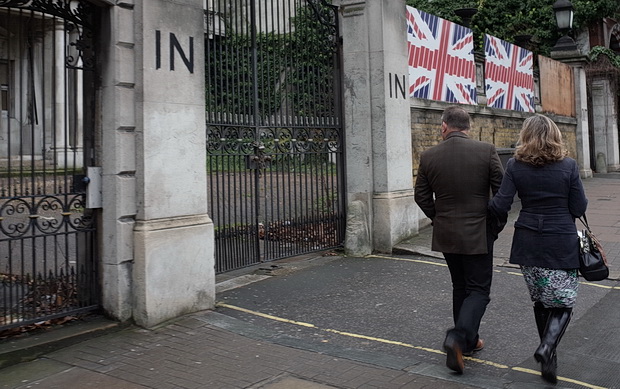 Passing the IN door.

Cambridge House was acquired by property tycoons David and Simon Reuben in 2011, and plan to convert the Grade I Listed Building into a 48-room private house (containing a 35,000 bottle wine cellar) with a value estimated at £214 million. [—] 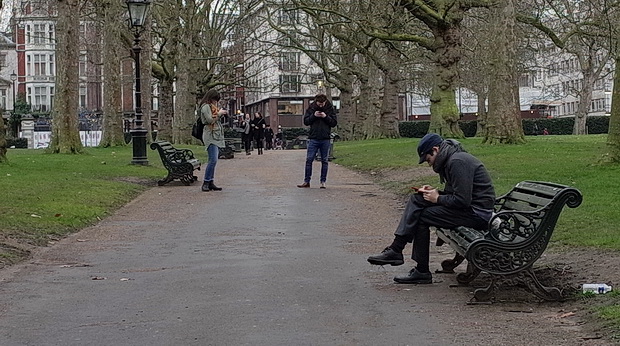 A day in the park checking your gadgets. What fun! 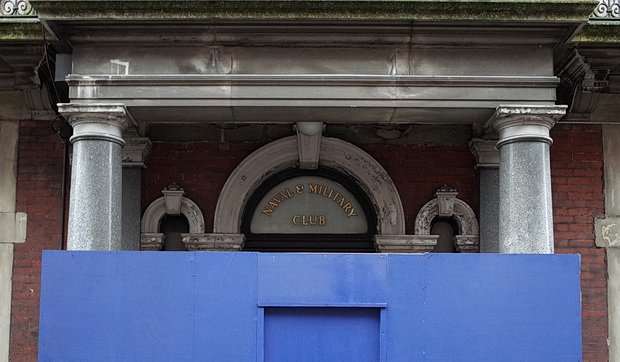 Side entrance to the former Naval & Military Club. 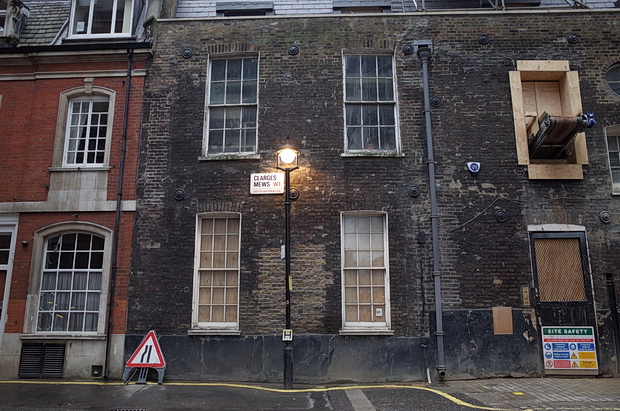 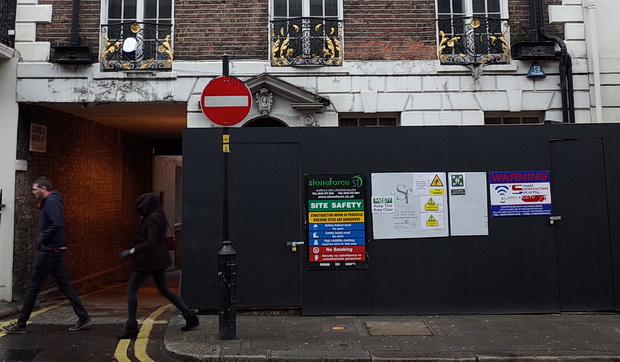 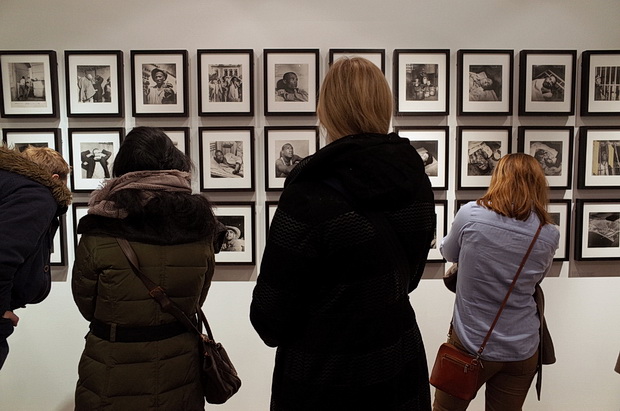 I took a trip to the Photographers’ Gallery.

I’ve never enjoyed the place as much since they moved from their original location, and their quest to get more punters through the doors means it can get uncomfortably busy. 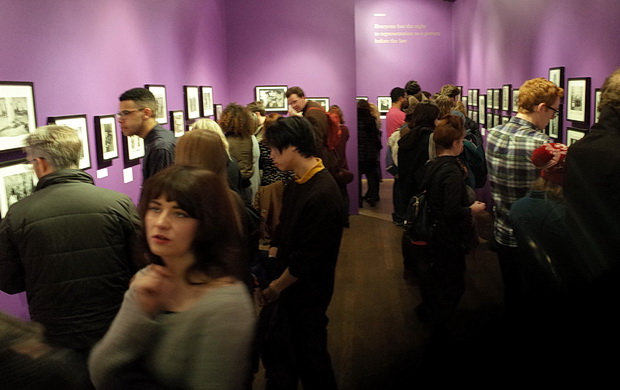 The one floor was so packed it was pointless even trying to take in the work. 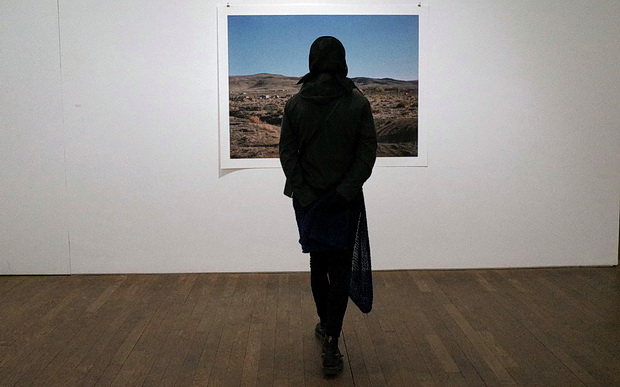 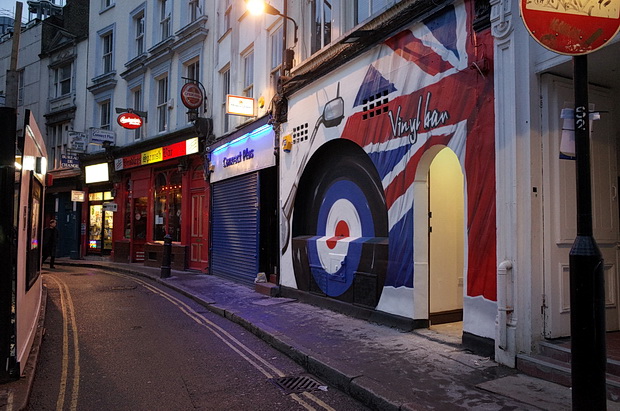 A tiny slice of undeveloped Soho can be found at Hanway Street, although I suspect the clock is ticking on some of its shops. On The Beat Records disappeared recently, as did JBs Records.