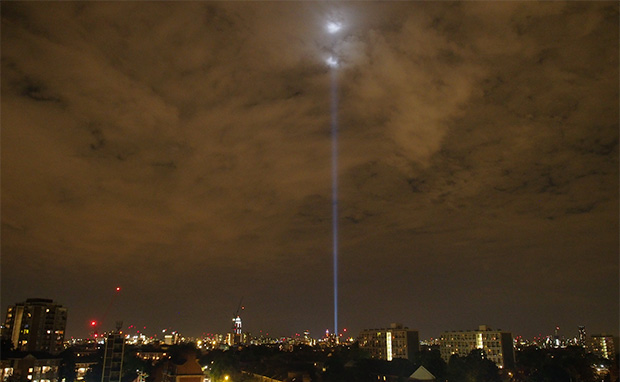 This is the current view from Brixton showing a single beam of light in central London piercing the night sky. 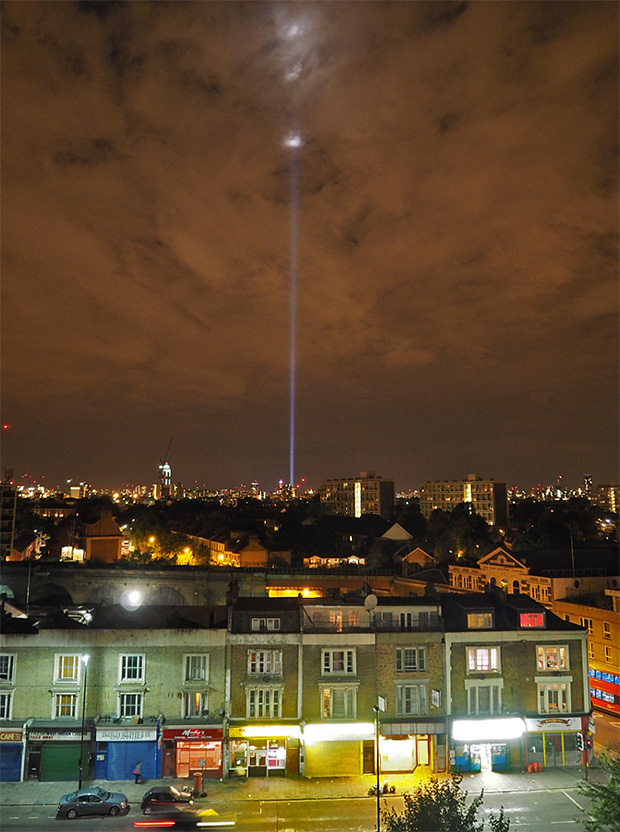 Lights are going out all around the UK (although clearly not all, as this view shows) in a project that references the then-foreign secretary Sir Edward Grey’s comment on the eve of the outbreak of World War One.

He famously said, “The lamps are going out all over Europe; we shall not see them lit again in our lifetime.” 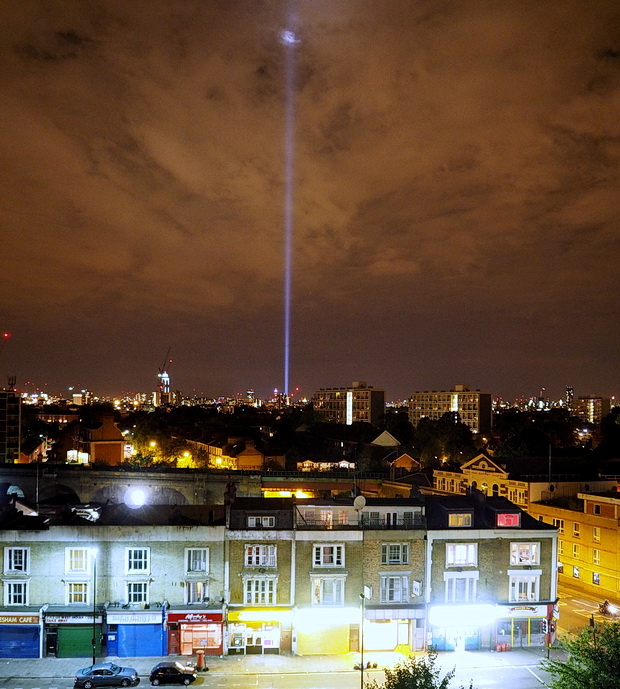 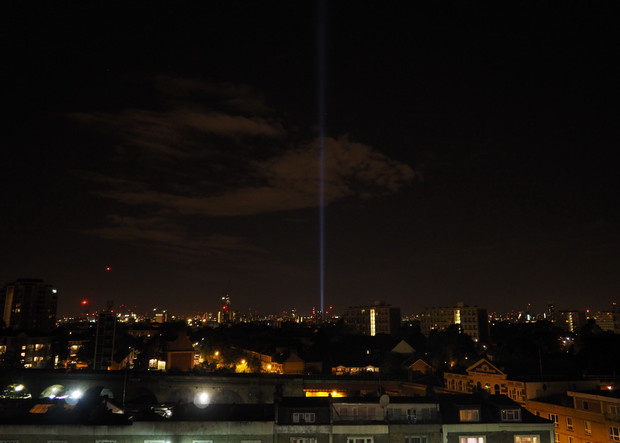 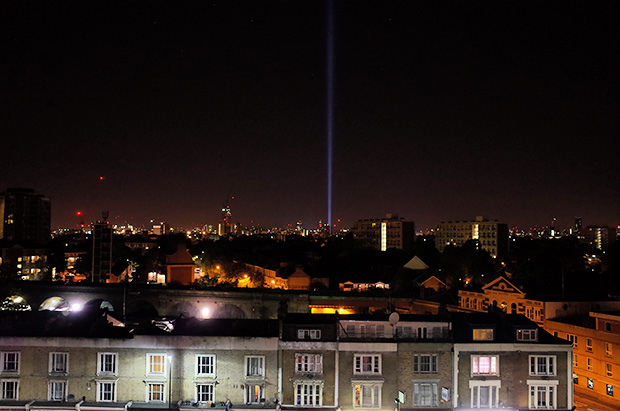 Acting as beacon for the capital, a monumental pillar of light beamed into the clouds from Victoria Tower Gardens. Installation “spectra” by Japanese artist Ryoji Ikeda was commissioned by 14-18 NOW, the official cultural programme for the centenary, and will fade away as the sun rises over the London skyline on Aug. 11.

“The light that ‘spectra’ throws up into the night sky is a unifying point; it echoes how the First World War affected all Londoners, but also how they and the rest of the country came together, standing united during those dark days,” Boris Johnson, the mayor of London, said in a statement.

Discuss this on the urban75 boards: The big beam of light pointing at the sky from central London

Bright light over London. Are we calling Batman?