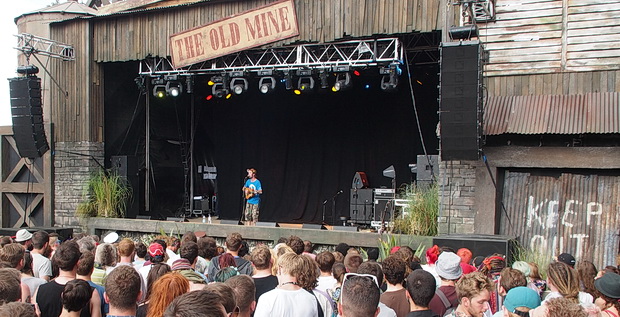 There were loads of fantastic acts to be seen at this year’s Boomtown Fair, but the two I enjoyed the most were undoubtedly Beans On Toast and Captain Hotknives. 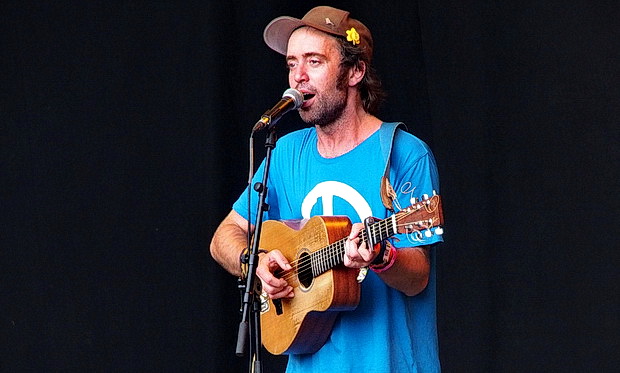 Both acts have a fair bit in common – they’re both solo performers and both lace their songs with intelligence, sharp observations and wit to get across everyday stories and important political points.

I’ve been lucky enough to have Beans On Toast play my Offline Club in Brixton a couple of times in the past, and I was surprised to see the size of the crowd he’d pulled at Old Mine stage at Boomtown – it was big! 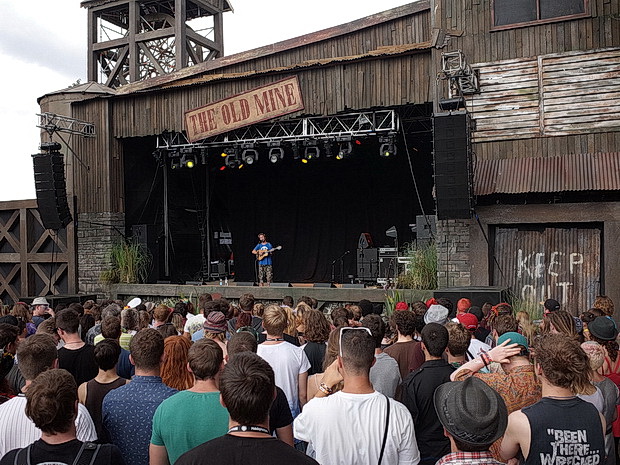 The crowd knew most of his songs too, and there was a real sense of togetherness when he played one of his most popular songs, M.D.M.Amazing. Rarely is a song more perfect for a festival! 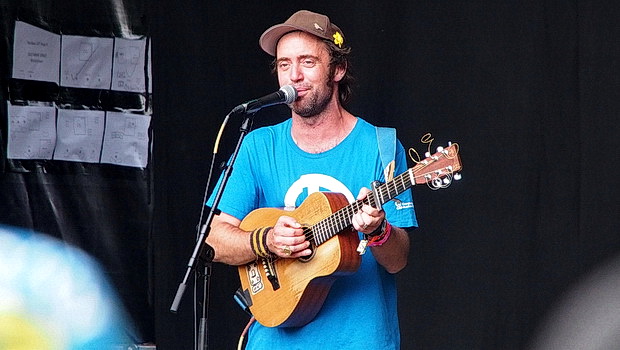 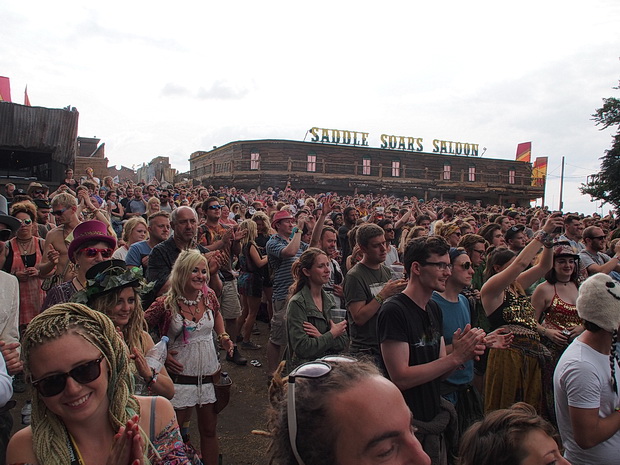 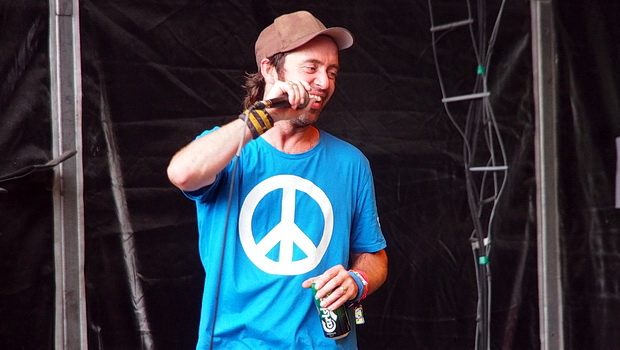 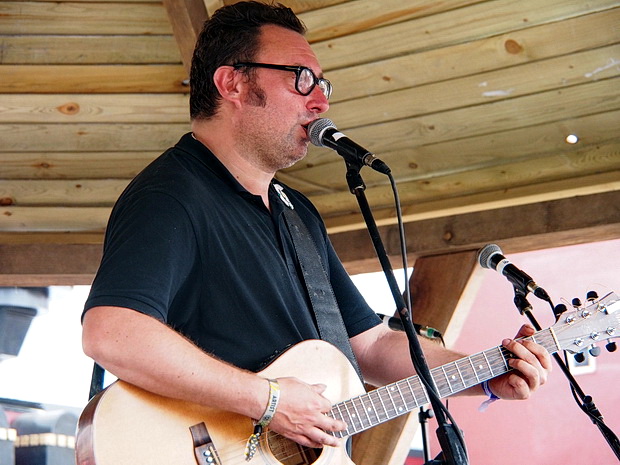 Playing to a smaller – but no less passionate – crowd around the bandstand was the superb Captain Hotknives. 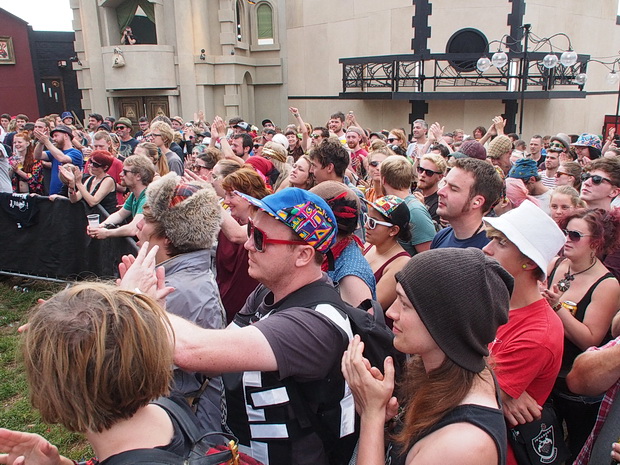 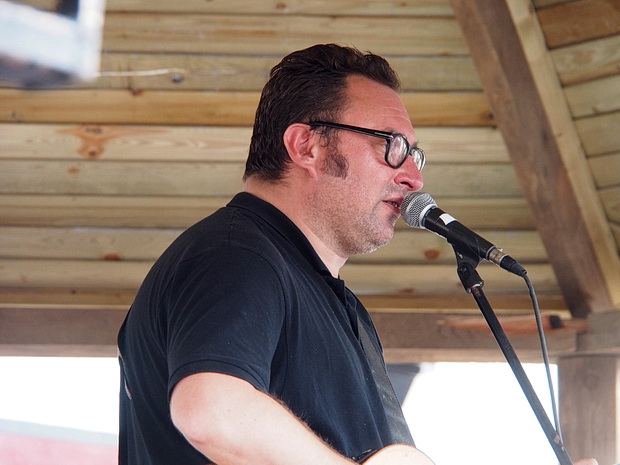 The good Captain has also been a regular at my Offline nights, but I thought that this was one of his best performances: funny and fast with cutting wit. 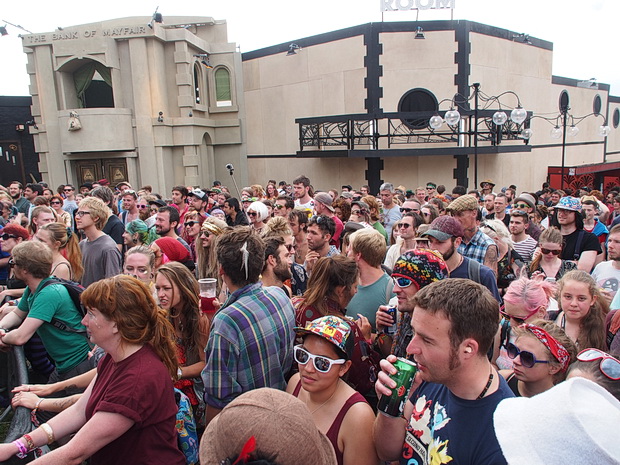 Captain Hotknives takes on a wide range of social ills, but his song about racism is nothing sort of genius: 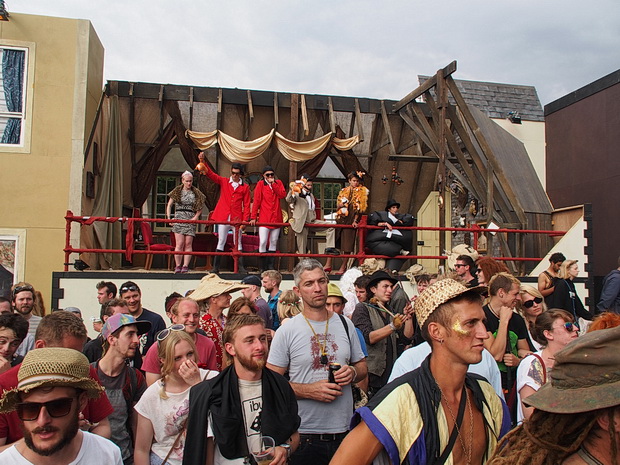 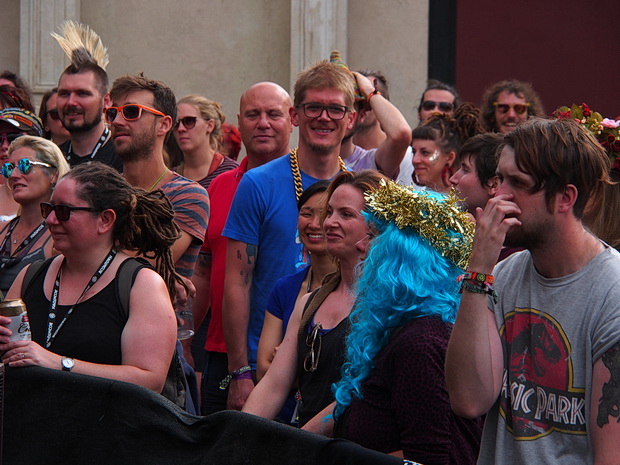 A walk around Chinatown in Boomtown 2015 – Devil Kicks, fire eaters and snake warnings

A shimmying’n’shaking Battle Royal at the Bario Loco Dance Off, Boomtown Fair 2015

The madness of the Job Centre at Boomtown Fair 2015

Faces in the crowd: scenes from Boomtown’s town centre and main stage

The faces of Boomtown festival 2015 – photos