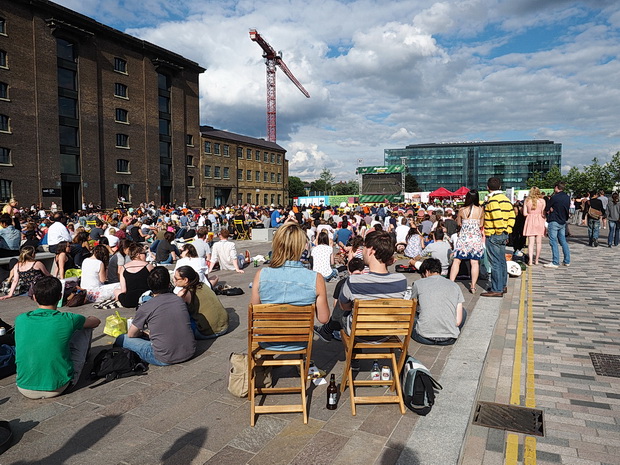 Called ‘Strawberries and Screen,’ the free event took place in the newly formed Granary Square, billed as “London’s newest square and one of the largest of its kind in Europe.” [—]

Built on the land where barges once unloaded their goods, the square has over 1,000 choreographed fountains – each individually lit – and they look their best at night (they run between 8am and 7pm), 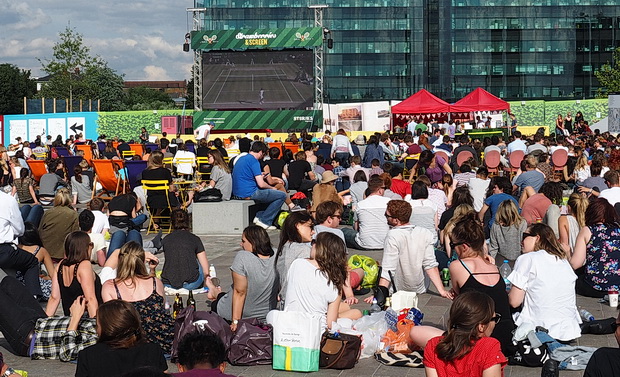 In the final, Novak Djokovic finally ended his Grand Slam drought by defeating Roger Federer, and warm applause could be heard breaking out as the match progressed. 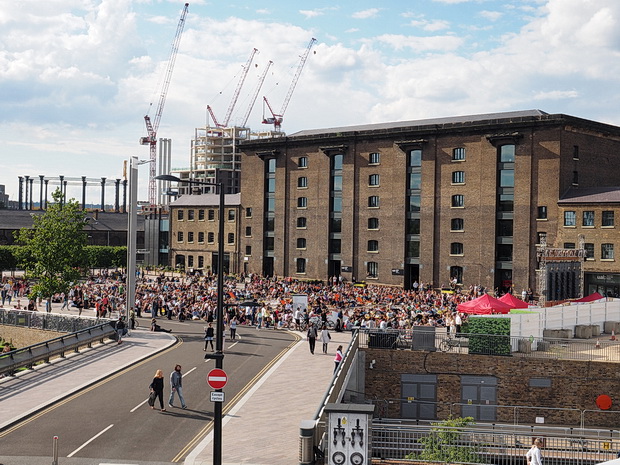 Looking over Granary Square from the temporary adjacent viewing platform. 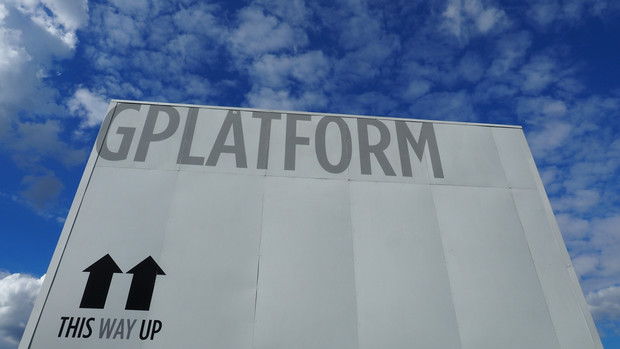 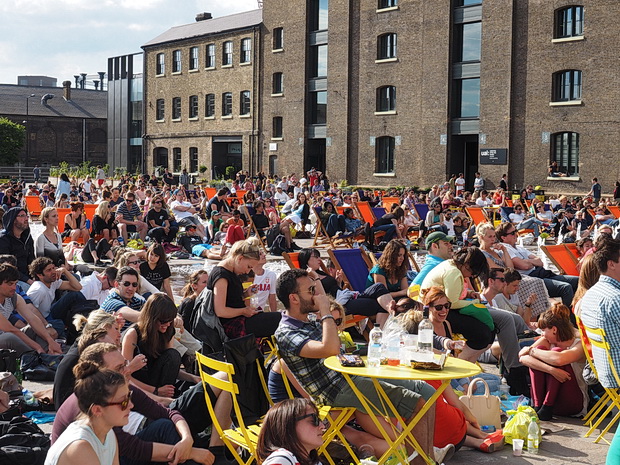 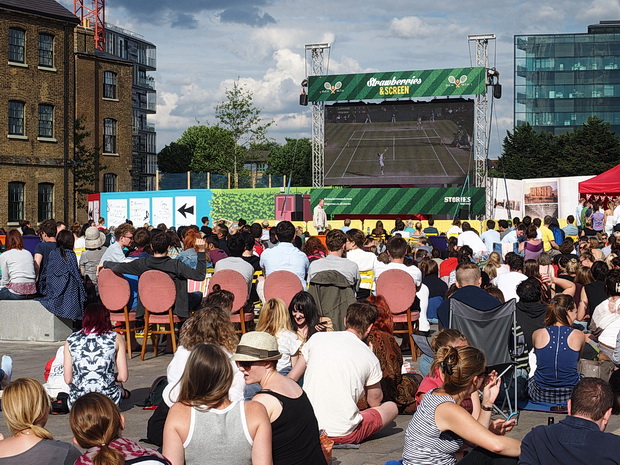 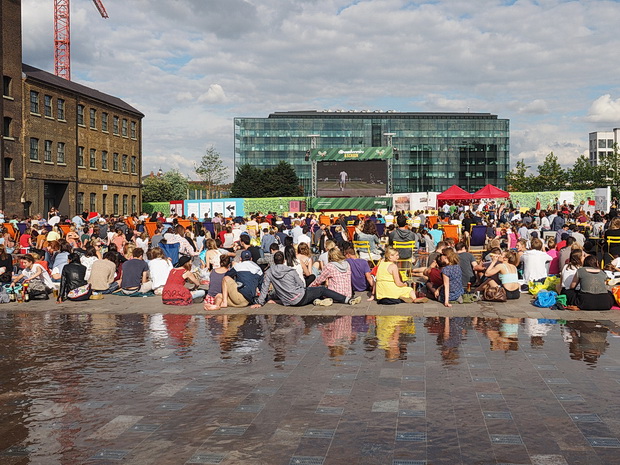 By one of the fountains. 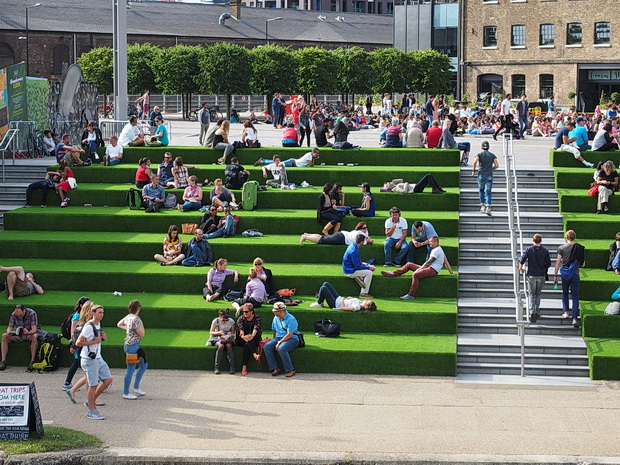 People sitting by the Regent’s Canal. 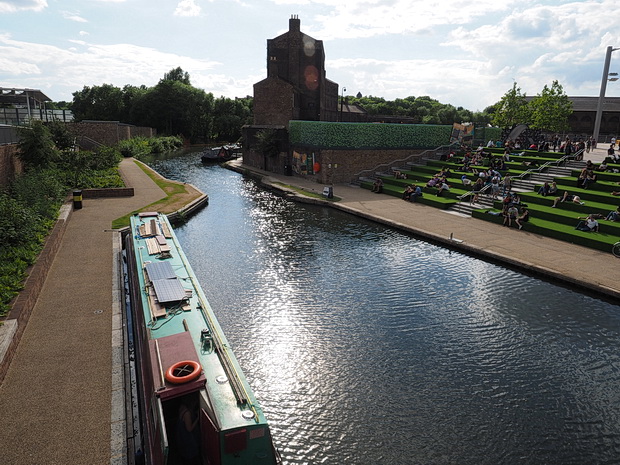 View of the Regent’ Canal.

It’s worth noting that this is not a public space, but part of the slow privatisation of open spaces in new developments, where private owners can refuse right of entry to members of the public whenever they choose.