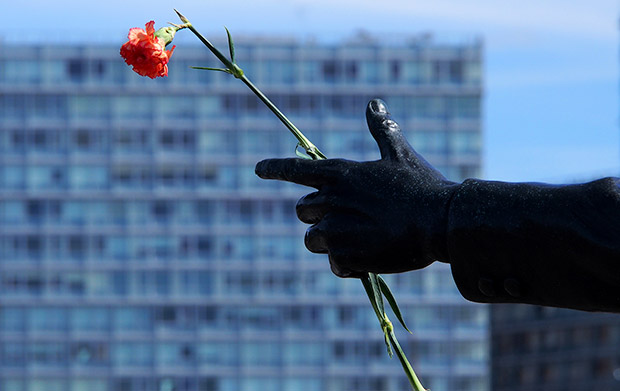 Born Ronald Wycherley in Dingle, Liverpool in April 1940, Billy Fury worked as a deck hand on the Mersey tug boats while teaching himself to play guitar and write songs.

Signing to music agent Larry Parnes at the age of 18, Fury went on to equal the Beatles’ record of 24 hits in the 1960s, and managed to spend 332 weeks in the UK chart, without a chart-topping single or album.

This achievement awarded Fury the curious honour of being the most successful artist in British chart history to never have a #1 record. 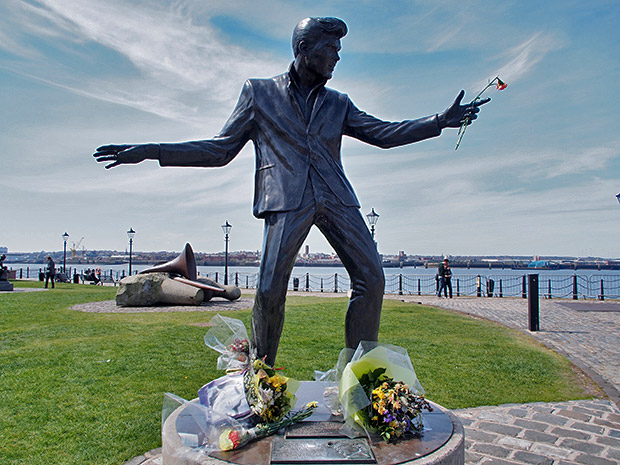 Remembered by this sculpture by Tom Murphy on Liverpool’s dockside, Fury’s rise to fame was helped by his “mix of rough-hewn good looks and unassuming masculinity, coupled with an underlying vulnerability, all presented with a good voice and some serious musical talent.” [source]

Health problems  plagued Fury throughout his career, and after a period of semi retirement he starred as ‘Stormy Tempest’ in the film That’ll Be the Day, which also featured David Essex and Ringo Starr. 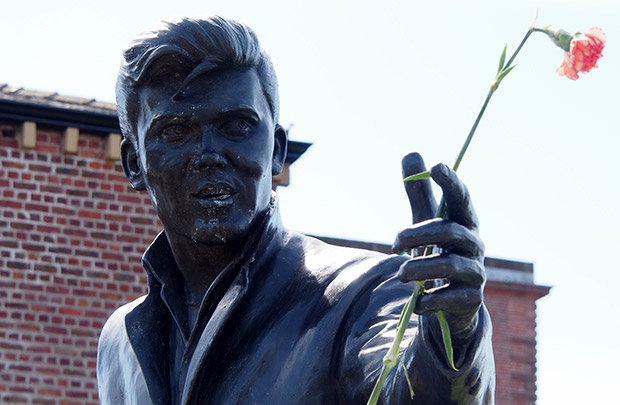 Undergoing heart surgery in 1976, Fury was declared bankrupt in 1978. He died on 28 January 1983, after returning from a recording session in London.

This bronze bronze statue of Fury was unveiled at the National Museum of Liverpool Life in 2003, with the money raised by fans from the ‘The Sound of Fury’ fan club.

Here’s some videos of Billy in action.

The curious Pyramidal tomb of William Mackenzie in Liverpool

One Comment on “Billy Fury remembered by Liverpool docks sculpture”