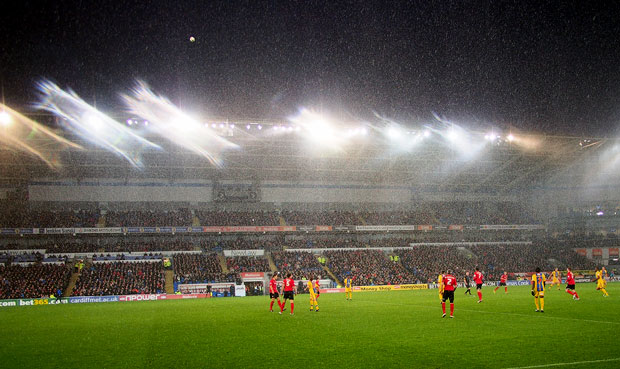 This was the first time I’d been back to see Cardiff City play after our Malaysian owners had whimsically decided to trash over a hundred years of history by changing the team’s strip and badge – adding insult to injury by topping it off with a ludicrous “Fire & Passion” motto.

Naturally, the owners didn’t trouble themselves to consult the fans over these massive changes. Instead, they steamrollered them through under the veiled threat of letting the club slide into extinction if we didn’t all clap along gleefully with their idiotic ideas about “lucky” colours. 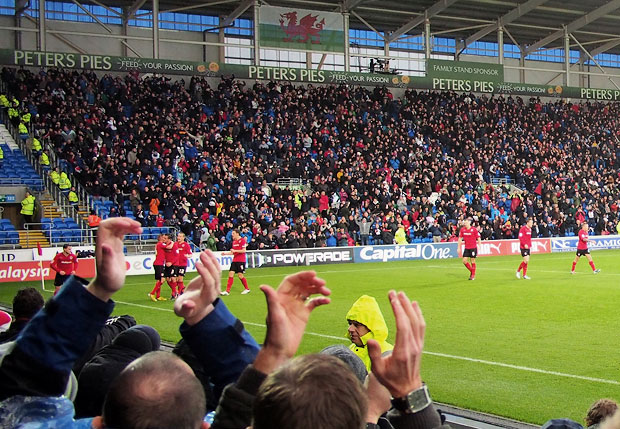 As a result, where City fans were once famously passionate, united and committed, now we’re split in two. The fans who have soaked up the rebranding are viewed with resentment by the old school supporters who value tradition, heritage and identity above quick-fix success.

On the other side, the nu-Cardiff red shirt gang can’t understand why people like me should kick up such a fuss over something as apparently trifling as the colour of a shirt if it means Cardiff finally get into the Premiership. 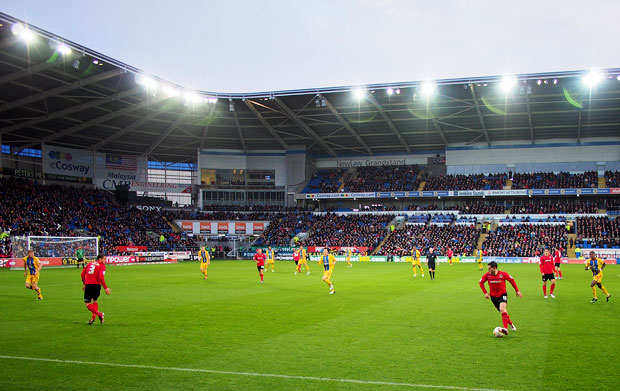 Passions run deep too: most of the 1927 Club – the London-based Cardiff City supporters who have followed the team through thick and thin for decades – have more or less abandoned the team completely, something that would have been unthinkable a few years ago.

As for me, this was the first game I’ve been to a game since our paymasters unilaterally declared that the Bluebirds would now be the RedBlueDragonBirds. And it felt odd. Very odd.

Odder still was the near silence from the City fans for the first 30 minutes of the match, while Palace dominated the game. Where was the encouragement? We’re top of the league, ffs.

I’ve heard louder crowds in our Division Four days when we’d be lucky to hit crowds of 4,000 – and there was over 26,000 at this Boxing Day game. 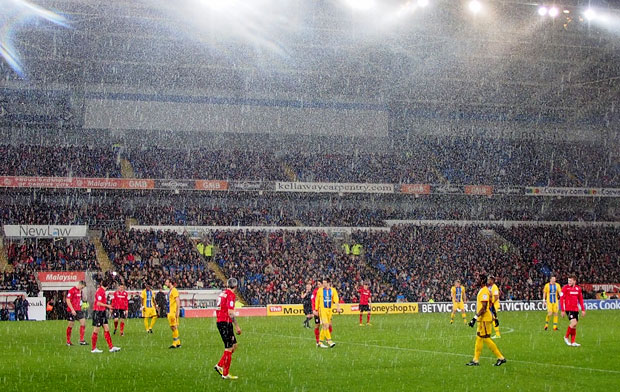 We sat right at the front, with the new stadium offering zero protection from the elements, so as the rain came down thick and fast we ended up wetter than Wet Wet Wet’s wet wipes.

Of course, in the old days of the Bob Bank we could have just stepped back a few paces and stayed dry, but modern football means we have to sit obediently in our seats. Let’s hope the Safer Standing Campaign manages to persuade enough people in their sensible quest to bring back standing  areas at grounds.

Cardiff have signed up to this too, which is an encouraging sign.

Back to the match, and it wasn’t until half way through the first 45 minutes that Cardiff fans found their voice, and the atmosphere raised considerably when Noone hammered home a sweet equaliser just before half time. 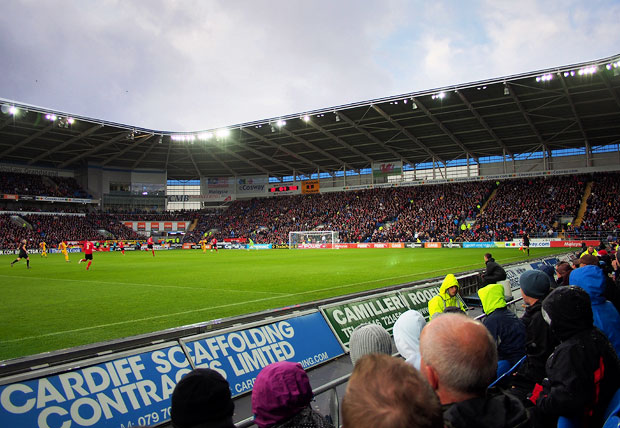 Things were much, much better in the second half, with Cardiff looking by far the strongest team. Bellamy was electric all game and City started to look like a team with real Premiership potential. 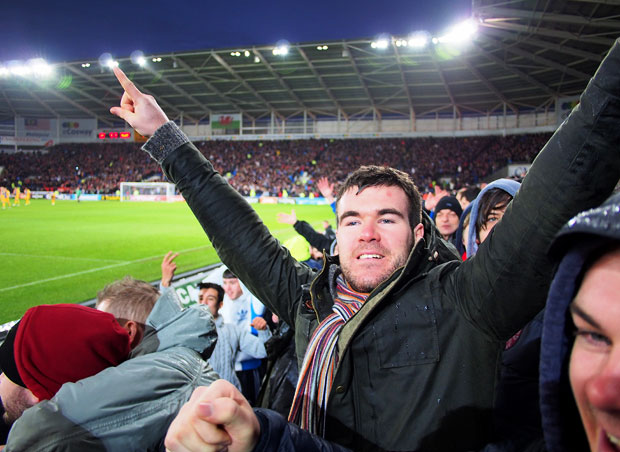 The stadium erupted when Gunnarsson converted Bellamy’s corner into the net in the 73rd minute. From then on, Cardiff looked in control with Whittingham coming close again after a free kick.

So I left the stadium soaked to the skin and happy with the win – but still feeling deeply unsettled and unhappy about the corporate rebranding and the way that some fans just rolled over to the bizarre whims of our owners.

Thanks to Vincent Tan and his pesky meddling, Cardiff no longer feels like the team I’ve supported all my life. In fact, I’m not sure if I’m likely to feel the same passion until we put the colour and badge back as it should be.

And, to be honest, that’s a weird way to feel given that I’ve been a mad City fan since I was about five years old.

Discuss this and other Cardiff City issues on our CCFC bulletin board thread. See the Cardiff City photo archives and features here.