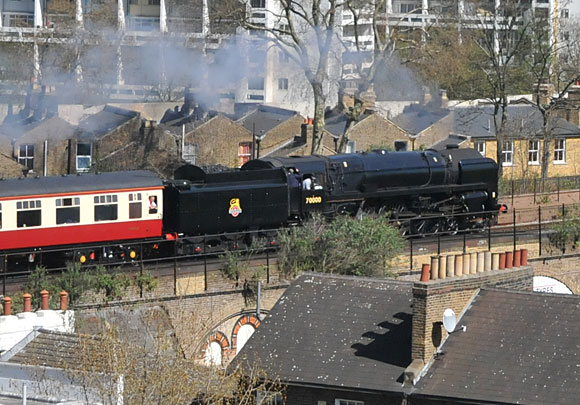 Gleaming in the glorious Brixton sunshine is this excursion train headed up by a BR standard class 7 70000 Britannia locomotive. 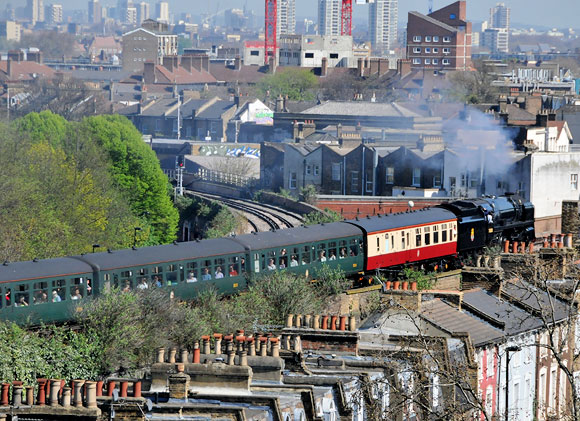 Britannia was built at Crewe in January, 1951 and was the first British Railways standard locomotive to be built – and the first of 55 locomotives of the Britannia class. 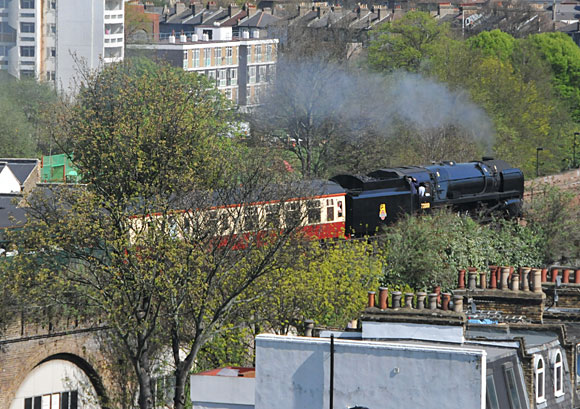 The loco had its roof painted white for many years following to commemorate pulling the funeral train of King George VI from Norfolk to London following his death in February 1952, but today it was back to a very glossy black.

The loco was was withdrawn in May 1966, after just 15 years of service, and ended up in private hands, initially working on the Severn Valley Railway and then the Nene Valley Railway in Peterborough. 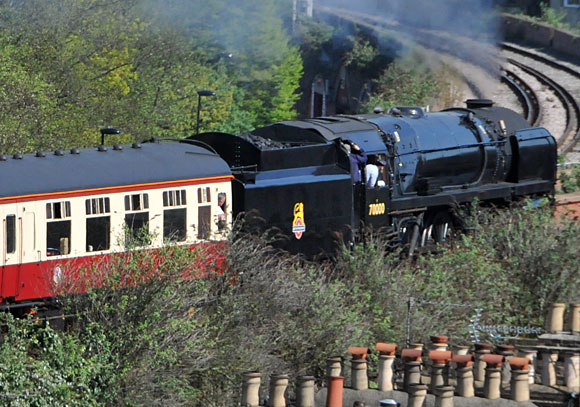 With rising costs and an expired mainline boiler certificate, the locomotive was sold to Pete Waterman in 2000 (yes, he of Kylie fame), who spent a small fortune getting the loco back to main line condition.

Today’s run must be one of its first main line outings, seeing as it only completed a test run last month.