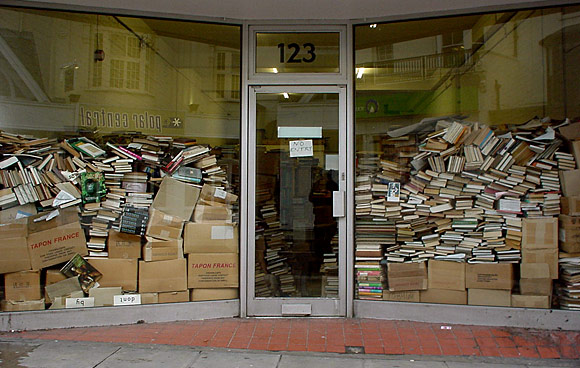 We took the train down to Brighton on a chilly February day in 2002, and armed with my old Sony Cybershot DCS-F55E camera, I grabbed a few photos around town.

On the way down to the beach, we passed this shop that was nearly overflowing with books. 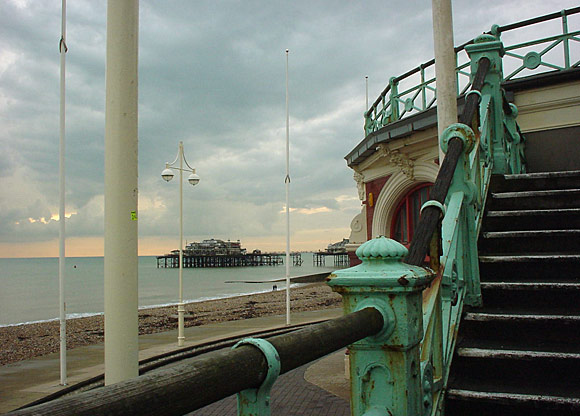 Brighton promenade, with West Pier in the background. 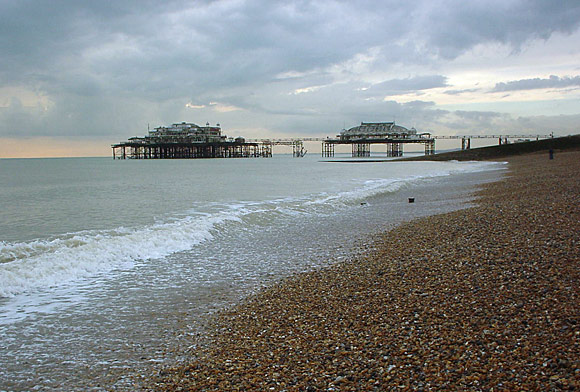 Brighton West Pier, Brighton, England. Built in 1866 by Eugenius Birch it is (was) one of only two Grade I listed piers in the UK.

Sadly, not long after this picture was taken, the walkway connecting the concert hall and pavilion fell into the sea during a storm on December 29, 2002 – and worse was to come. 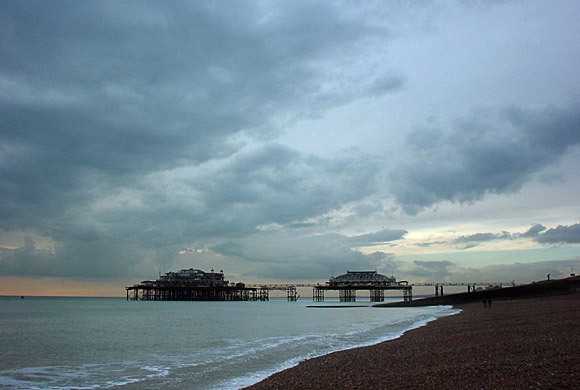 Although most of the pier remained intact in 2002, another calamity struck on January 20th, 2003, when a further collapse saw the destruction of the concert hall in the middle of the pier.

Two months later, the pavilion at the end of the pier mysteriously caught fire and on May 11, 2003, another well dodgy fire broke out, finishing off what was left of the concert hall.

The fire somehow managed to re-ignite the following day, with the West Pier Trust referring to the fires as the work of “professional arsonists”.

On June 23, 2004 another storm caused the middle of the pier to collapse completely with the last remaining structure – a lone white hut – falling into the sea on December 2005. (More info on West Pier here). 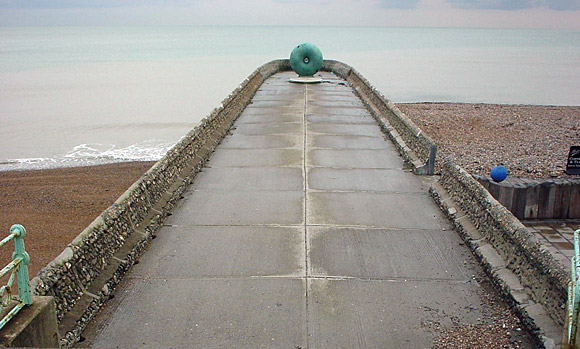 Donated by the Mayor of Naples, the Brighton Doughnut is one of the city’s best known landmarks. 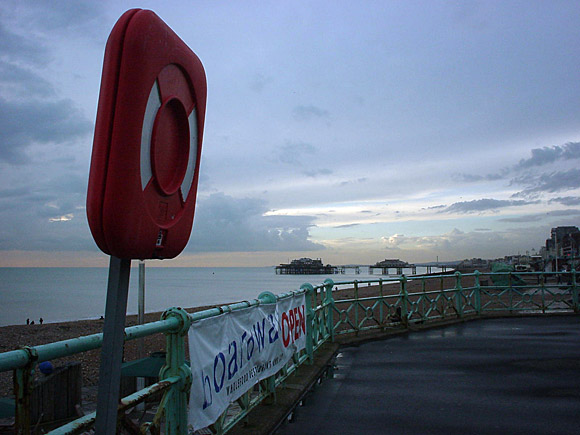 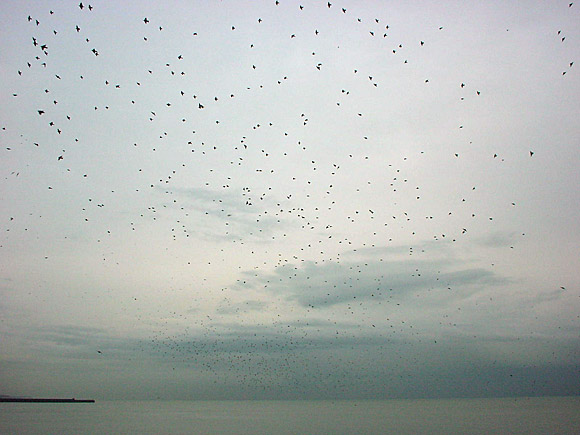 Thousands of starlings used to nest on West Pier, and their aerobatic displays at dusk used to be a real treat to watch. 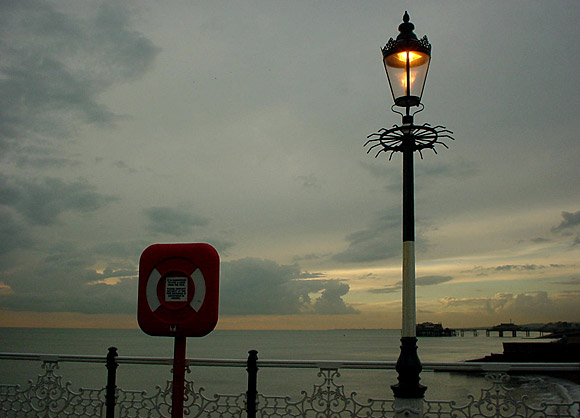 A last look at the West Pier – I don’t think we’ll ever see the old pier back again.

2 Comments on “Brighton 2002: West Pier and a shop window piled full of books”