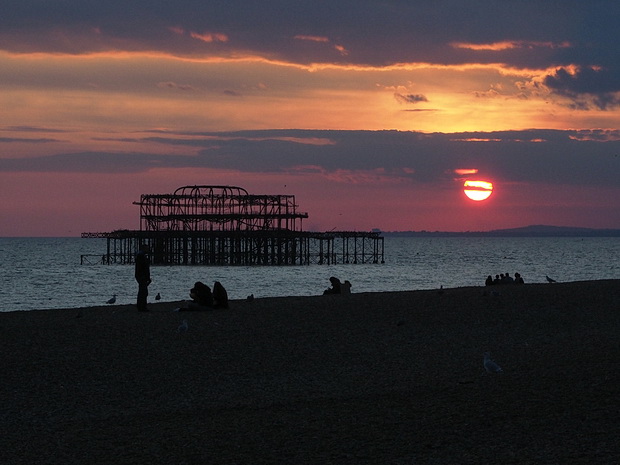 I think it’s fair to say that I’m a bit obsessed with the melancholy dereliction of Brighton’s West Pier, a beautiful Victorian pleasure pier which is slowly rusting into the sea. 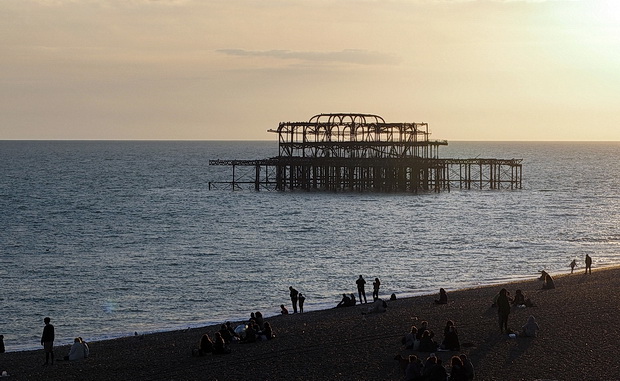 Designed by the celebrated pier architect Eugenius Birch and opening in 1866, the pier was a marvel of its time and such was its architectural importance that it became the first pier to be Grade I listed. 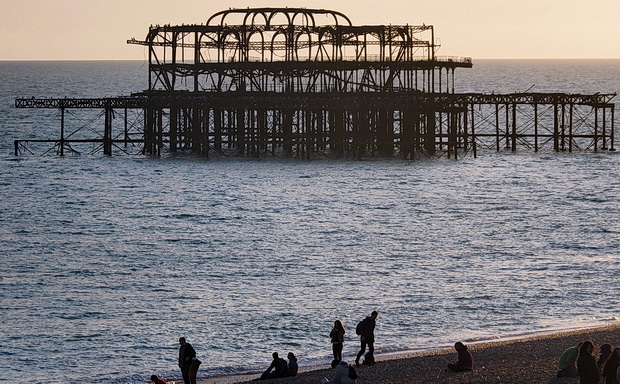 Declared unsafe in 1975, the pier was closed to the public but after the granting of a £14.2m Lottery award in 1998, there was real hope that this beautiful old pier would return to life

Despite the south east corner of the Concert Hall falling into the sea after a huge storm in December 2002, restoration and reopening still looked on the cards until two arson attacks in 2003 destroyed the majority of the remaining structure. 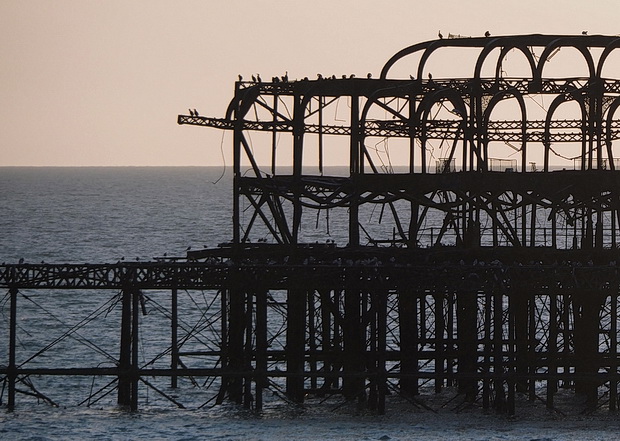 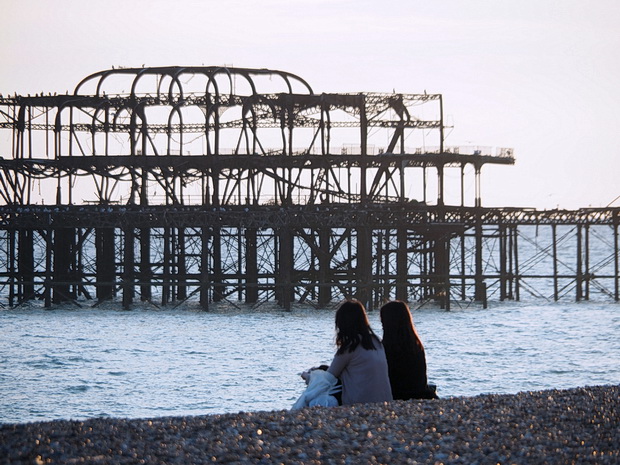 Waiting for the sunset, September 2015. 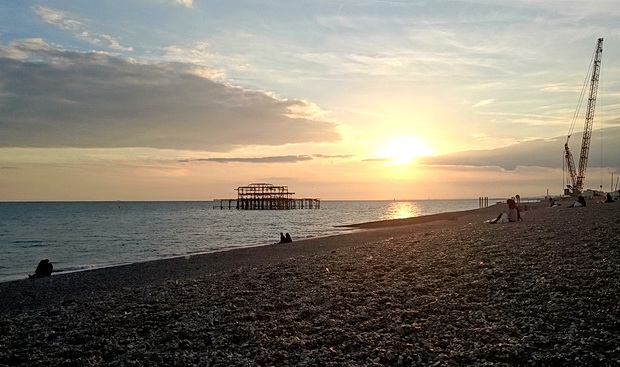 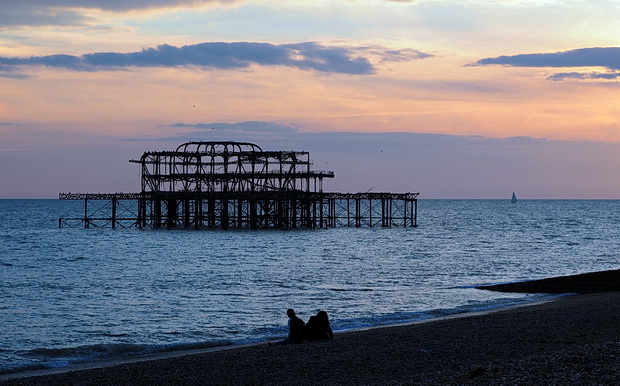 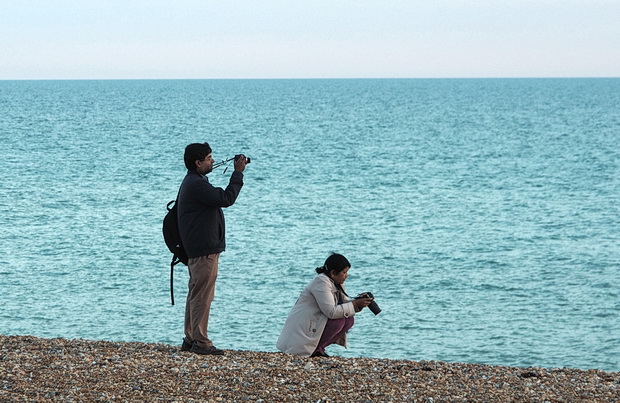 Snapping the sunset on Brighton beach. 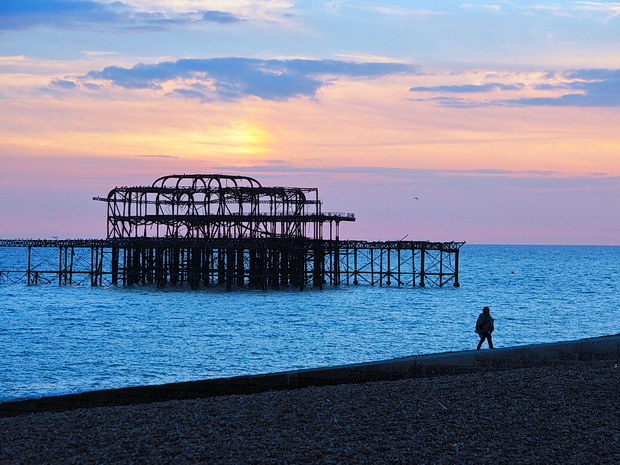 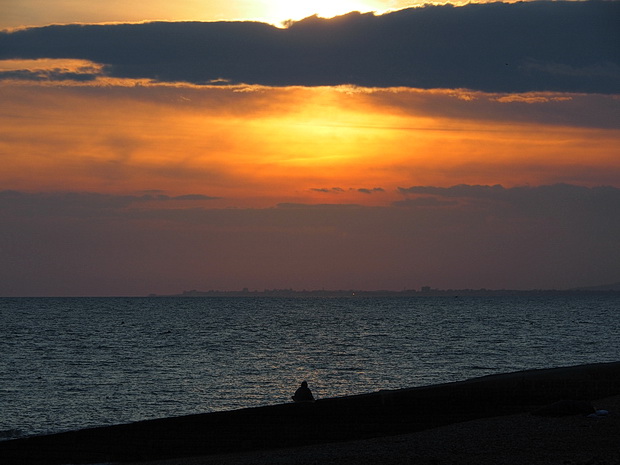 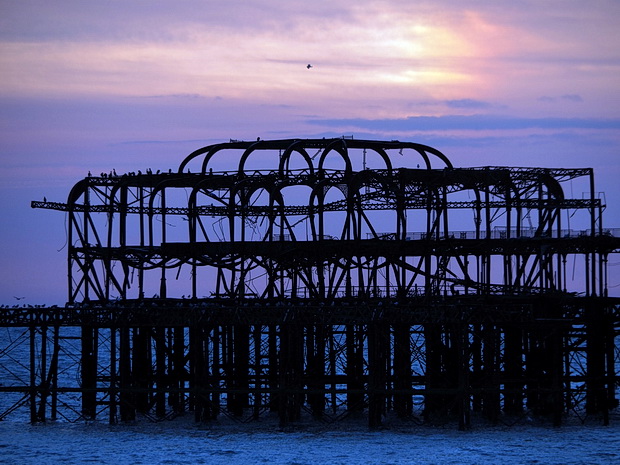 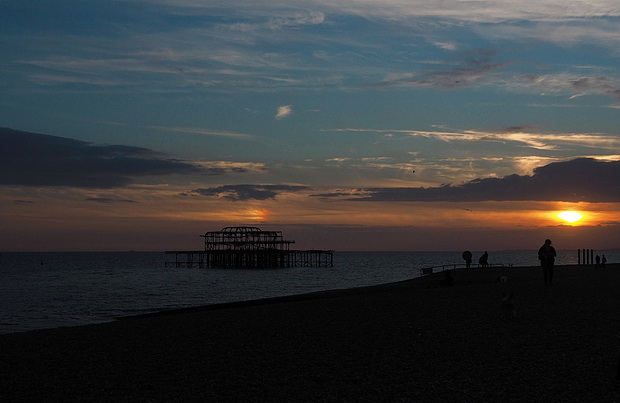 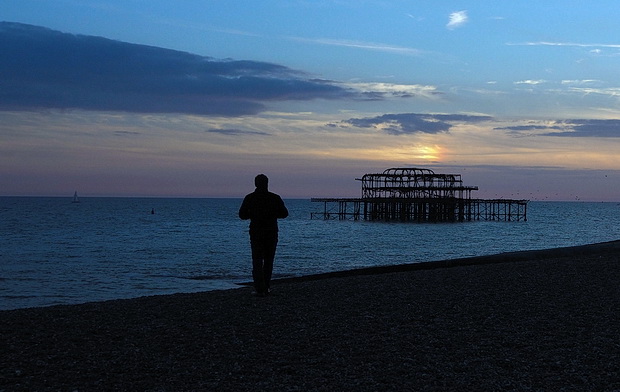 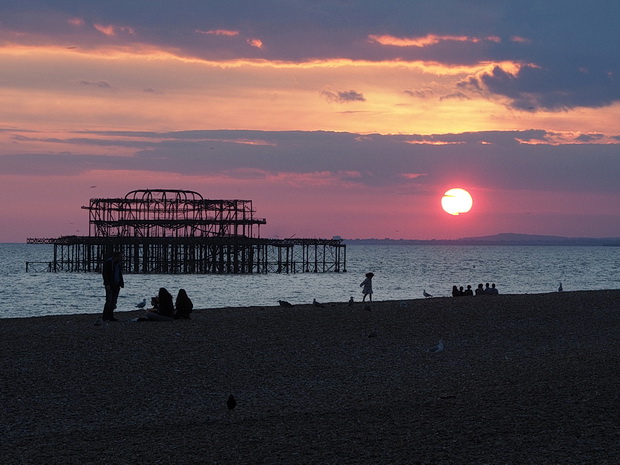 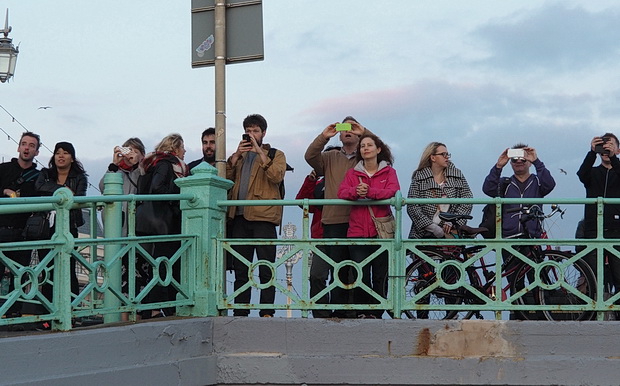 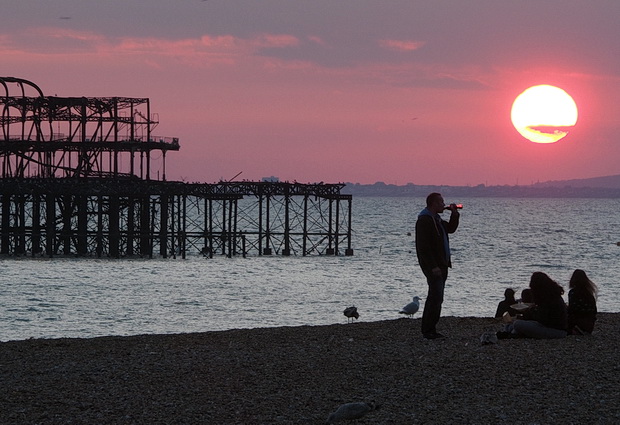 Enjoying a beer as the sun goes down, Brighton beach. 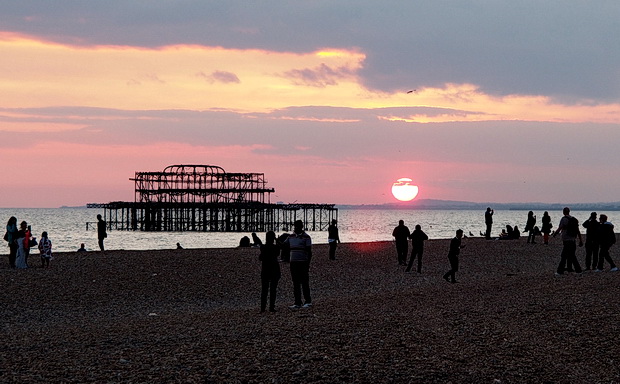 Crowds gather for the sunset. 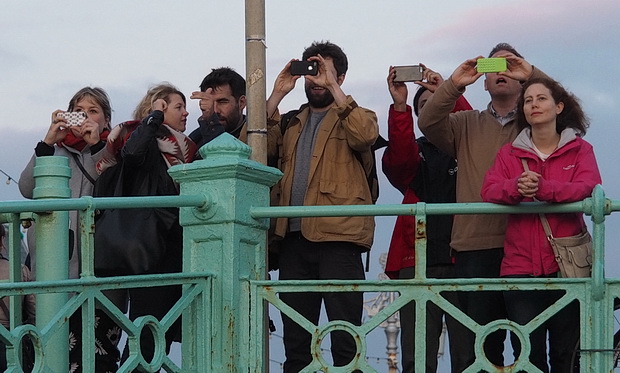 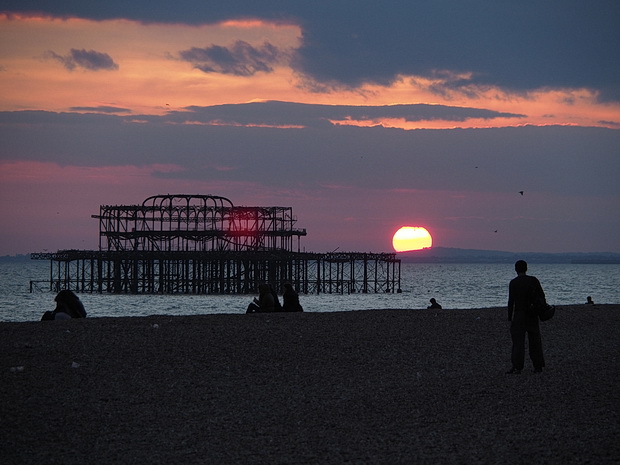 The sun sinks below the horizon. 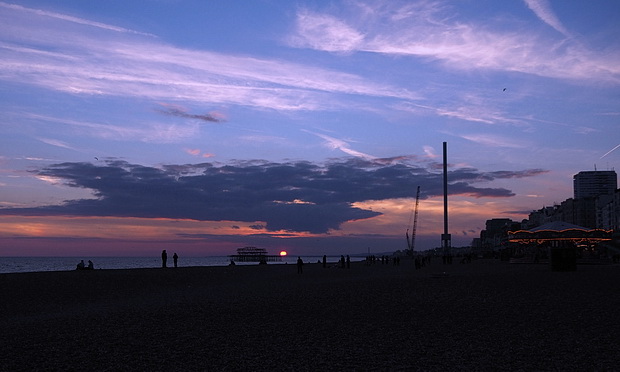 In photos: Brighton’s West Pier falls into the sea while its i360 tower successor flounders, Nov 2018

Brighton: an early autumn stroll along the seafront in photos