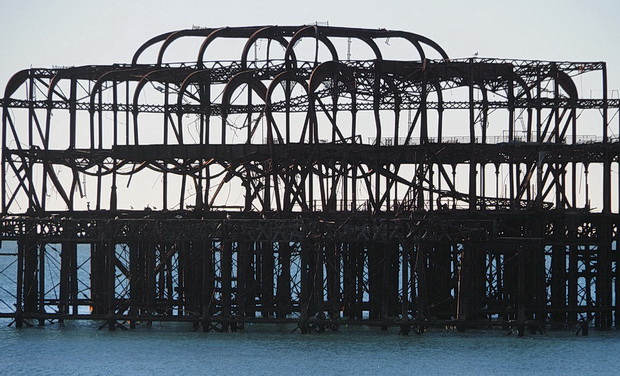 It’s heartbreaking to see the skeletal remains of the once-grand Brighton West Pier slowly rusting into the English Channel. 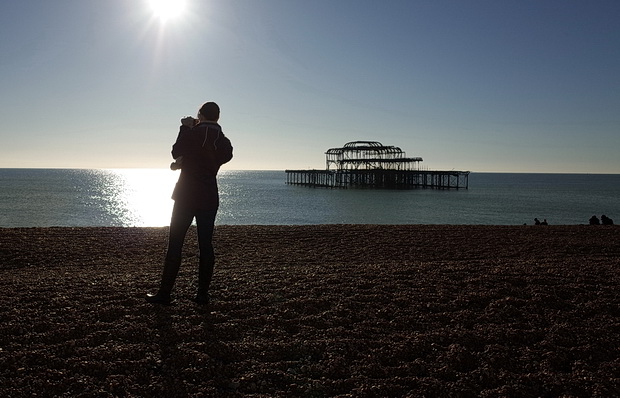 I’ve been a bit obsessed with the pier ever since I saw the original artwork for the Who’s Quadrophenia album, and it sucks that I’ll never be able to retrace the footsteps of the character featured in the album’s artwork. 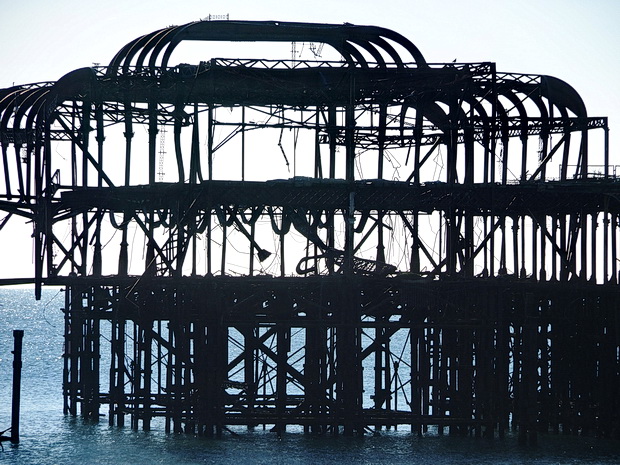 I’ve documented the various calamities and highly suspicious fires that led to the West Pier Trust’s dream of restoring the pier being abandoned for good in  2004, and now the Grade I listed structure has been left to slowly collapse into the sea.

All hope of restoration has now gone. 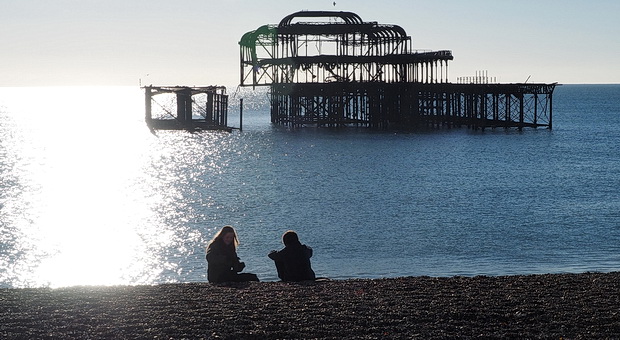 Here’s some photos of the sad remains, as seen in December 2014. 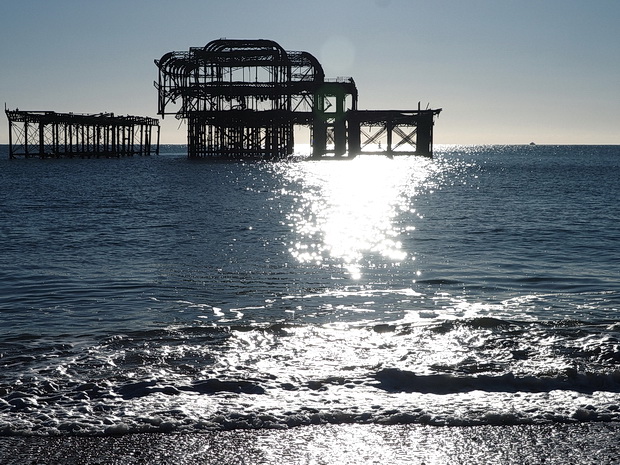 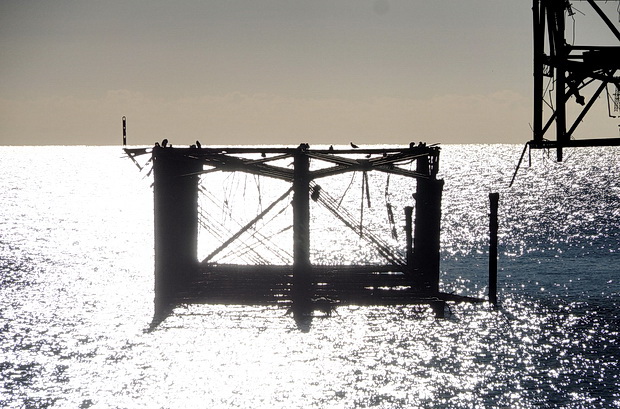 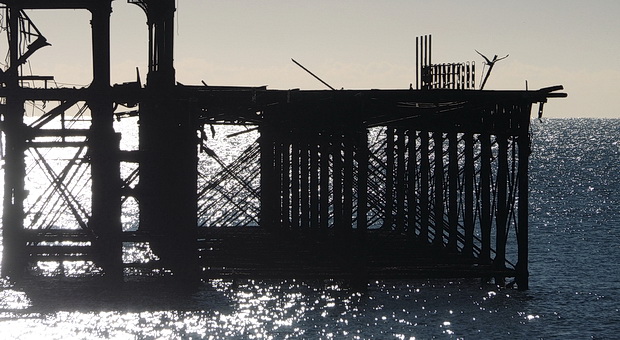 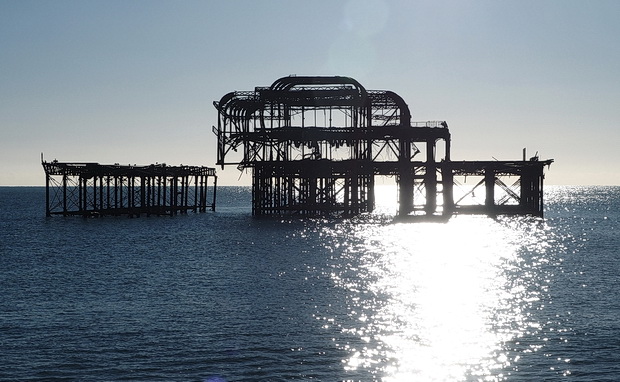 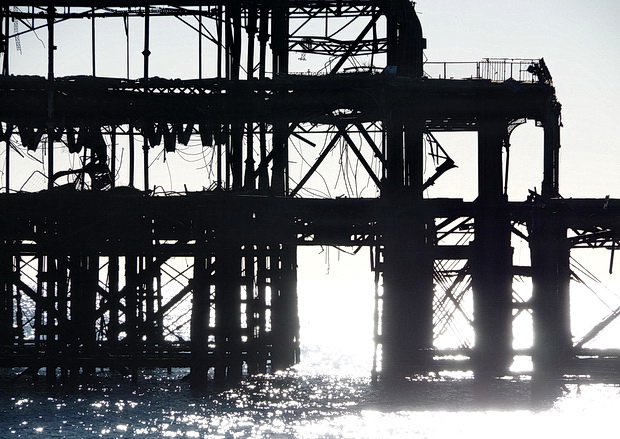 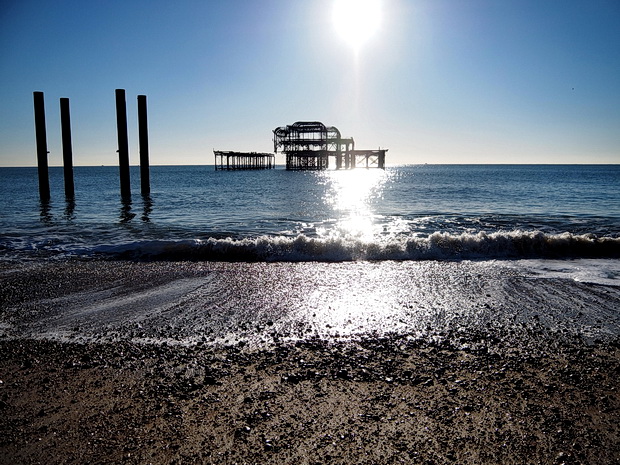 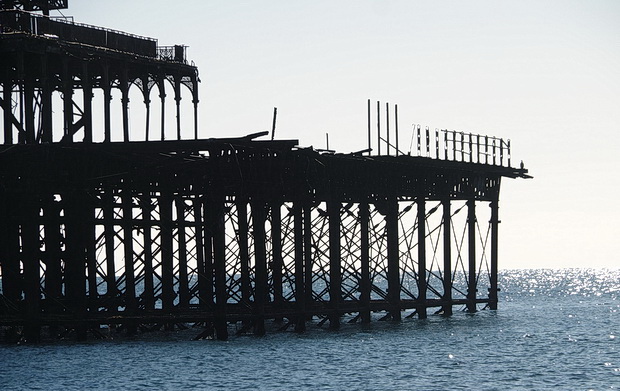 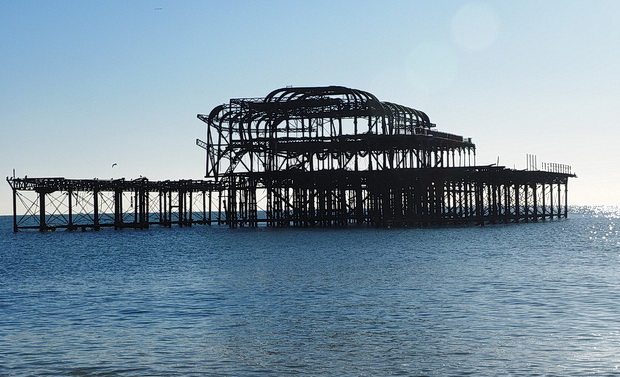 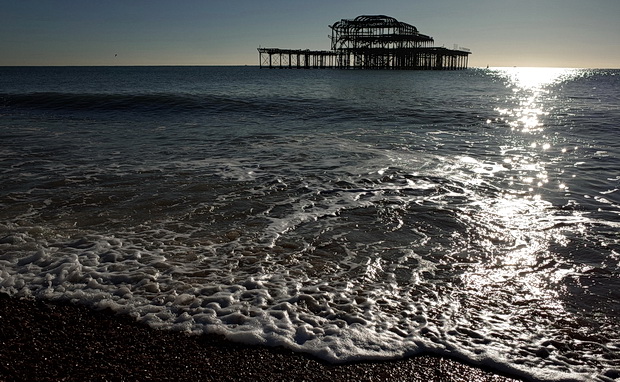 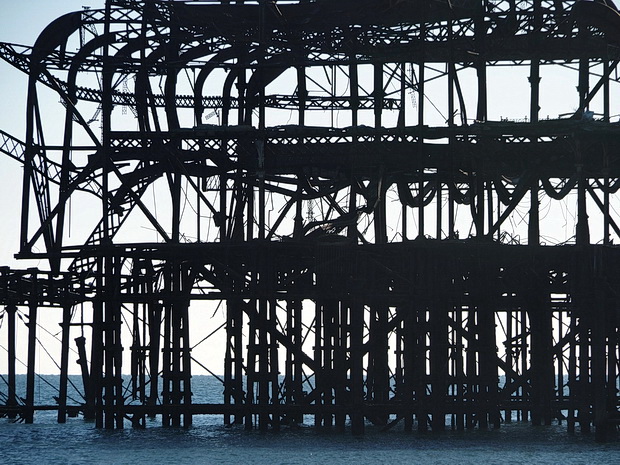 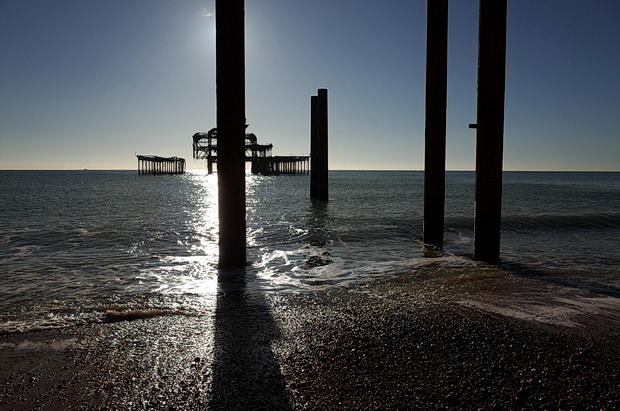 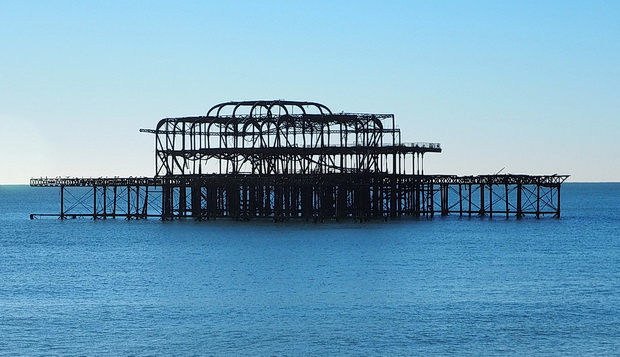 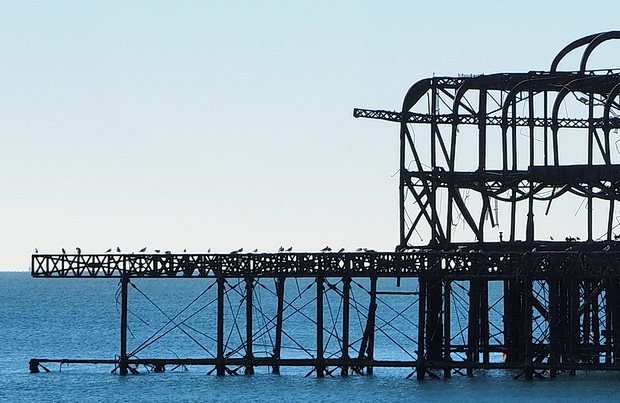 Work has now started on the i360 Tower, which has been touted as a vertical ‘successor’ to the West Pier.

This has involved the demolition of some of the remaining parts of the pier, and where once people would walk out to see along the wooden decking, they can now pay for the trip up the tower and enjoy  a new”exciting retail quarter.” 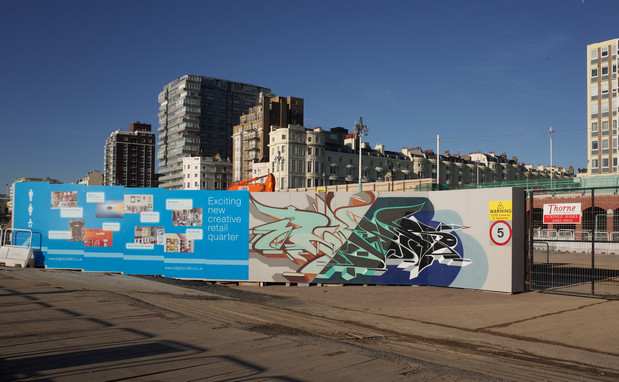 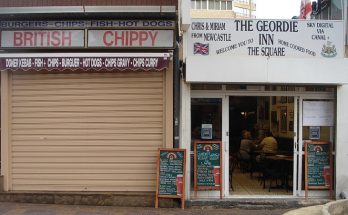