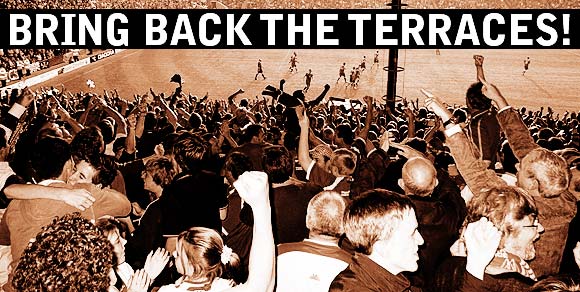 Being forced to sit down in uncomfortable plastic seats at a football game is a bit like going to see The Clash and being asked to sit down and be quiet.

Going to football is all about being part of the spectacle and sharing the experience with your friends, and being forced into seats miles away from each other can really spoil the fun.

There’s other reasons why fans should be allowed to stand too: if you find yourself sat next to a particularly annoying/smelly/puritanical supporter, there’s no reason why you should have to annoy each other for the next 90 minutes – with terracing you can just stroll over to a part of the stand that suits you best. 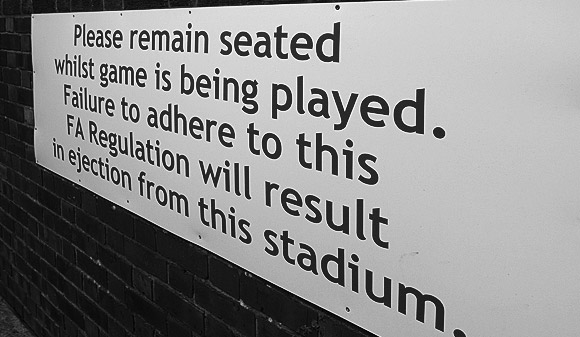 Keep some seating too

Of course, if people want to sit down and clap politely then seating should be provided for them, but as far as I’m concerned, there’s no longer any good reason to stop clubs providing safe standing areas for their fans – and that’s why the ‘Support Safe Standing’ campaign has got my signature.

The petition has been put on line by the Football Supporters’ Federation and asks fans to sign this statement:

I back the Football Supporters’ Federation’s safe standing campaign and believe that football supporters should have the choice to watch football from a safe standing area, if they so wish, at matches in England and Wales.

Got something to say? Discuss this on our bulletin boards.

2 Comments on “Bring back the football terraces: sign the petition”