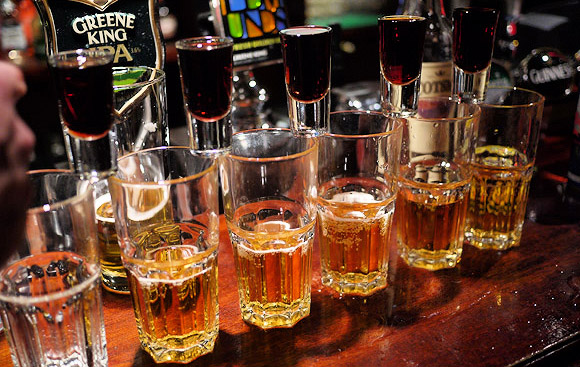 This was the scene late, late Saturday night at the Offline after-show party.

In case you’ve never enjoyed a Jager Bomb yourself, it’s made up of one shot of Jägermeister and half a can of Red Bull. It seemed like a good idea at the time. Several times over, in fact!

The drinks were arranged as a ‘Jäger-train’ for maximum theatrical effect. This involves balancing a shot on top of each glass of Red Bull and then knocking them all into the waiting glasses with a domino effect. 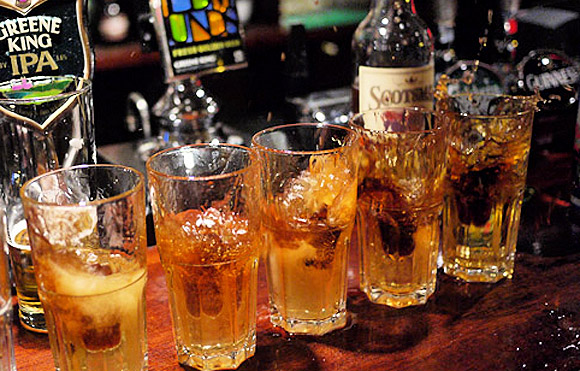 Naturally, once the ‘bomb’ has been created, there’s only one way to drink it, and that’s in one go.

In the photo above you can just see the last glass hurtling down into the Red Bull. Be warned though – these things are hangover juice! 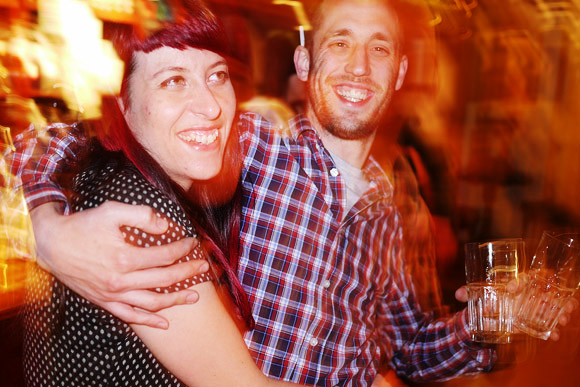 Two satisfied customers! Oh, and the next Offline show is on Friday May 20th at the Brixton Albert with the absolutely amazing Lovely Eggs playing live. Don’t miss it!

Electro-pop and skiffle mash up at Offline, Brixton

Offline Club mash up at the Brixton Albert, 30th Sept 2011

The Sharks bring the heat to the Brixton Offline Club, 3rd Feb 2012

One Comment on “Brixton, 04:45am. Let the Jager Bombs commence!”