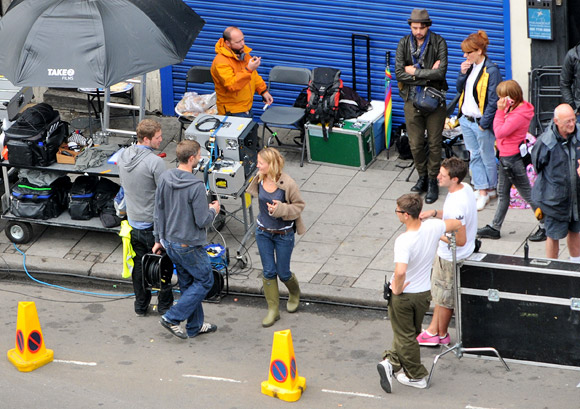 Sales of triple frappuccinos were reportedly going through the roof today as a vast swarm of meedja luvvies invaded Brixton, with no less than two film crews in attendance. 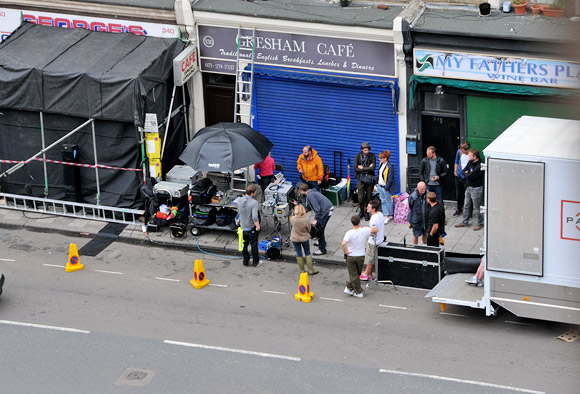 The first crew were busy filming an advert for the Halifax Building Society in Brixton Village, while a second crew have set up less than 200m away on Coldharbour Lane. 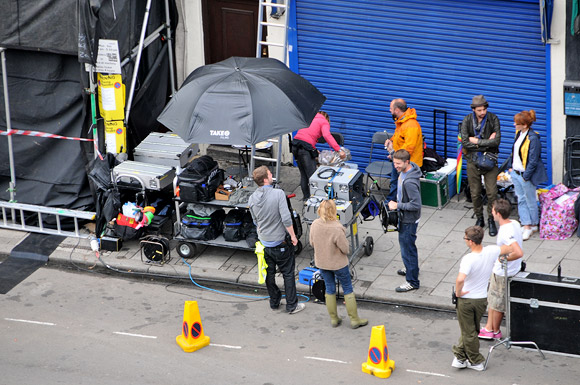 I’m not sure what it is they’re filming, but they’ve sealed off George’s Hairdressers and are currently trying to do some filming with some shouty local providing a (perhaps unwanted) soundtrack.

Discuss this on our boards