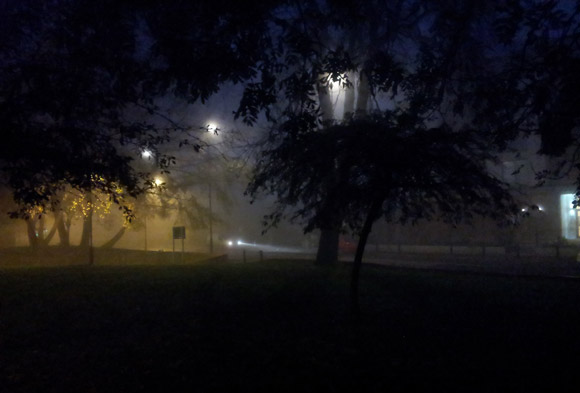 Gor blimey guv’nor, there was a propah, old-fashioned London pea souper over Brixton this morning, with the thick, billowing grey mist reminding me of the Carter USM gig  earlier. 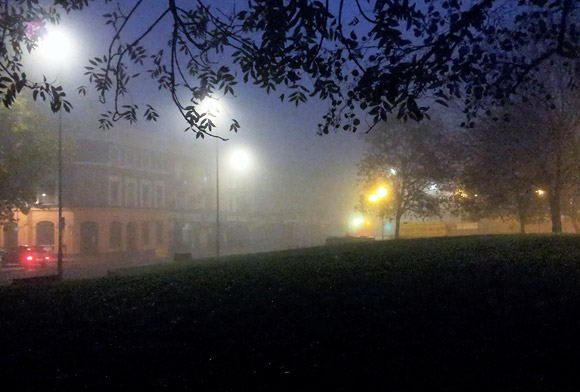 The fog hasn’t cleared all day – it’s still murky out there – making this an evening to sit in front of the TV with a nice hot cup of cocoa.

That’s how God-damn rock’n’roll I am today. 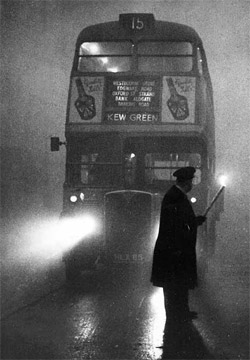 A short history of pea soupers

The original London pea soupers were caused by the smoke of soft coal combining with the mists and fogs of the Thames valley, and got their nickname from an 1871 New York Times article which noted how London’s population were “periodically submerged in a fog of the consistency of pea soup…”

Known as a London particular or London Fog, the thick, choking clouds that descended on London caused a large number of deaths from respiratory problems, with the worst recorded instance bring the Great Smog of 1952.

It’s been estimated that around 12,000 people lost their lives as a result of the Great Smog, prompting the government to eventually take action with the Clean Air Act of 1956 banning the use of coal for domestic fires in urban areas.

Some really mean storm clouds are gathering over Brixton

One Comment on “Brixton fog, 7am Sunday morning. And a bit about pea soupers”