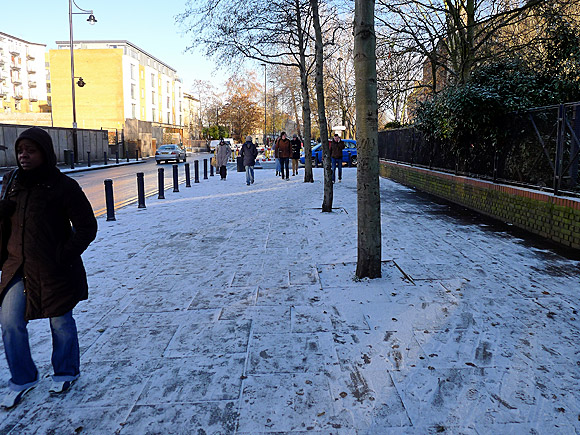 OK, so it may not be quite as dramatic as the frozen lighthouse by Lake Erie, Cleveland, Ohio, but Brixton received another early snow shower today, with the streets being lightly dusted after a brief – but rather furious – midday snow storm. 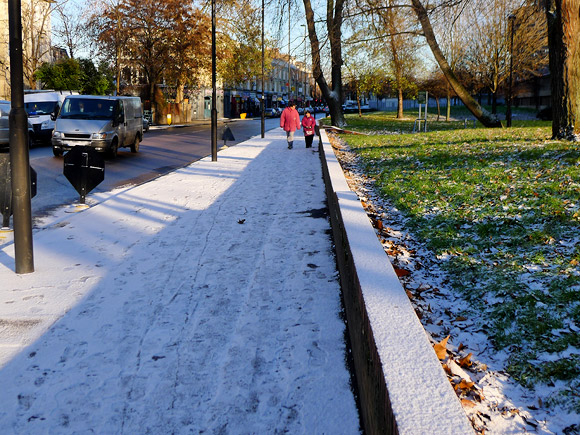 Little enough to make my American friends guffaw at the feebleness of it all, but still enough to create local headlines of “SNOW CHAOS!”, the streets managed to look a little less grimy as usual under the crisp white covering. 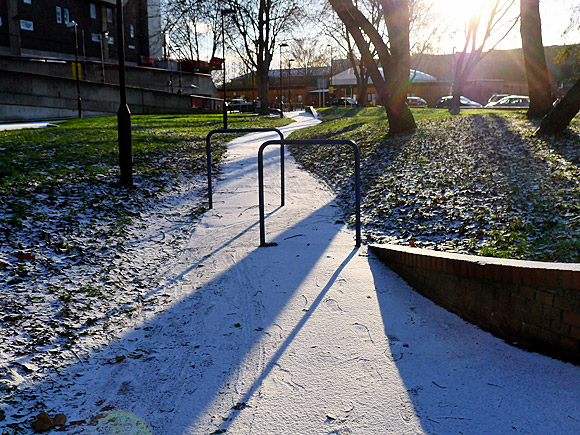 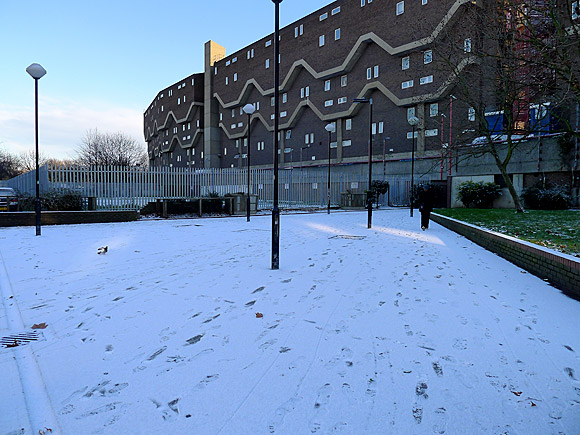 Making it look even more like a Russian Gulag than  usual, the Barrier Block looks out over the snow covered walkway. 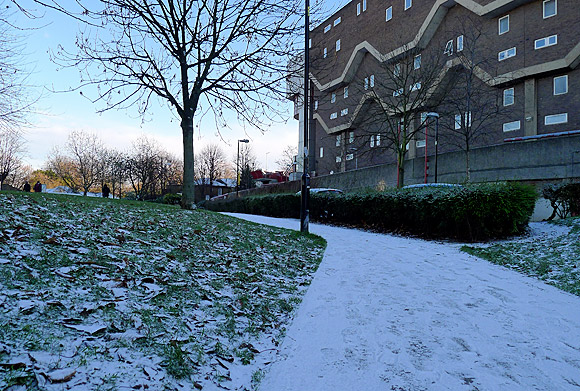 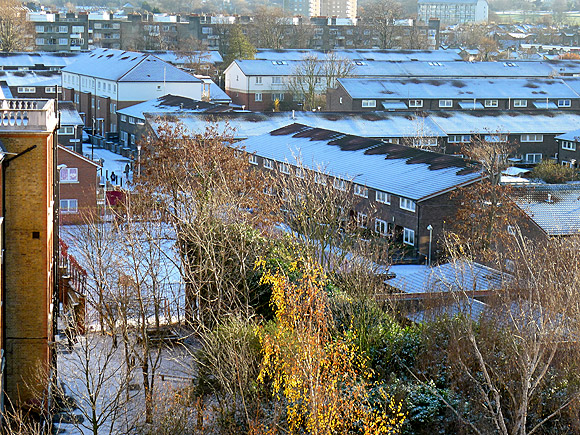 Moorlands Estate with a smattering of snow. 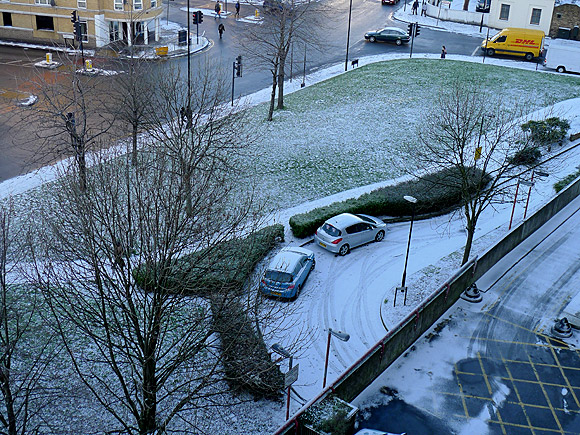 Coldharbour Lane with a splash of white.

2 Comments on “Brixton gets a dusting of snow. Chaos ensues. Probably.”